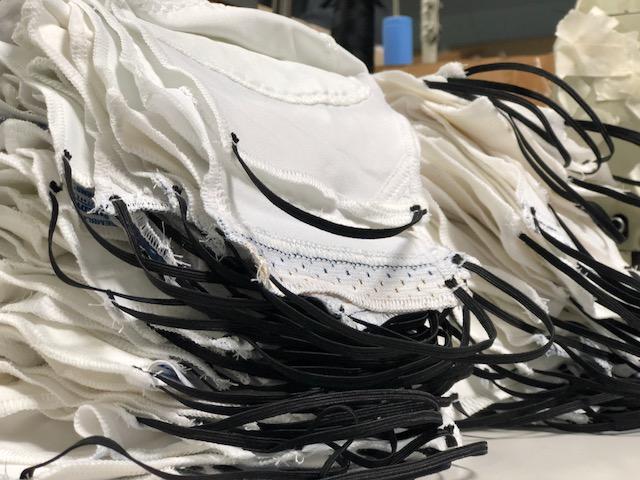 A final tally of various statistics shows the results of the City of Burbank’s mask enforcement ordinance, which was in effect for about seven months and ended in May.

On Tuesday, Sept. 15, 2020, the Burbank City Council carried out a 5-0 vote in favor of the order, which hired outside staff to issue citations to anyone not complying with Los Angeles County’s face covering guidelines.

The company hired by the City to conduct administrative enforcement of face covering requirements was Willdan Engineering. Before distributing citations, enforcement officers were encouraged to first inform those not wearing a mask on health and safety instructions from the county.  In addition, Willdan supplied 413 masks to individuals in need of a face covering during their contract with the City.

A city staff report regarding administrative citations showed that, if the person informed was to remain in violation of the mask mandate, their initial citation would come with a $100 fine. A second citation would warrant a $200 fine, and $500 would be requested for any subsequent citations issued within 12 months of a violator’s second notice.

When discussed during the September meeting, the council said that mask enforcers would focus on monitoring Downtown Burbank and the Chandler Bikeway, known areas that had issues with face covering compliance. The mask enforcement officially started on October 16, 2020, and ended on May 31, 2021. $188,142.50 was the total amount of funding the City allocated toward the program over this period of time.

In just over seven months, enforcement officers made contact with 13,568 individuals in Burbank who were observed to be violating mask requirements. Of this amount, 11,853 individuals, or about 87%, were given warnings without a citation. The number of offenders who refused to cooperate with officers from Willdan was 1,373.

A total of 342 citations were issued throughout the duration of the ordinance. This converts to around 3% of the 11,853 people contacted. 64 citations were paid out of the 342 issued, and “​​all citation payments were processed directly through the City of Burbank,” City of Burbank Public Information Officer Simone McFarland said. The remaining 278 citations which were issued by enforcement officers and left unpaid are subject to debt collection referral, McFarland further stated.

“Per Burbank Municipal Code, payment of the fine is due to the City within 15 days from the date of the citation,” McFarland said. “Upon failure to pay the fine within this time, the recipient shall receive a series of 3 payment reminders/past due notices. Should the fine remain unpaid after receipt of these notices, the case shall be forwarded for City’s existing debt collection process.”

L.A. County’s outdoor mask order was removed on May 6 as Yellow Tier guidelines were permitted. Following this development, the City of Burbank allowed the contract to reach its expected expiration in late May.

The County of Los Angeles Public Health website currently recommends wearing a mask, regardless of vaccination status, in a number of environments, such as all indoor public settings, including public and private businesses, gatherings, and venues throughout the county.