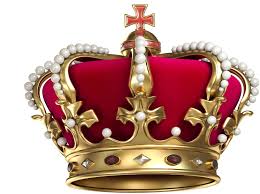 The Burbank Civic Pride Committee has chosen Stephen J. Marchese and Lee Paysinger to ride in the upcoming Burbank On Parade as the first ever Burbank Senior King and Burbank Senior Queen.

Although the 96-year old Marchese and 81-year old Paysinger may not have met before, the two longtime Burbank residents’ love for the city prompted their selection to be part of the City’s largest parade along Olive Avenue on Saturday, April 23.

The 12-member committee, appointed by City Council to encourage and promote civic involvement and pride in the community, created the contest this year to honor two senior residents who have made an impact in their community.

Stephen Marchese has lived in Burbank since 1959; after an exhaustive search for homes in Sun Valley and Glendale, he visited Burbank and fell in love. Stephen and his wife Rose moved from Batavia, New York and have lived in the same home where they raised four children, ages 74, 72, 65, and 58. Stephen acts as an unofficial Welcome Wagon in his neighborhood, where he knows almost everyone on the block. “When a new family moves in,” Mr. Marchese explained, “I tell them that this is the best move that they will make in their lives.” He looks forward to his debut at Burbank on Parade, where he can continue to encourage pride in our city.

Lee Paysinger was born on an Indian reservation in Oklahoma and at seven years old, moved to Burbank with her family in 1942. Mrs. Paysinger has since made Burbank home; she attended school, worked, and raised a family for the last 74 years. During this time, she has also been influential in improving the lives of Burbank citizens through volunteerism. Her achievements include; founding the Burbank Boys and Girls Club and Burbank on Parade, serving on the Library Board for 24 years, and even running for Burbank City Council. “I’m so honored to win Senior Queen,” said Paysinger, “I didn’t get involved because I thought I’d win something, I did it because I love this community.”

The Burbank Civic Pride Committee received a number of applications for the contest, but the two winners stood out as prime examples of the people who live in Burbank. “The two most worthy people won this contest,” said Rob Vincent, chair of the Civic Pride Committee, “both Stephen and Lee have exhibited the definition of Civic Pride during their many years here and we cannot wait to honor them.”

Mr. Marchese and Mrs. Paysinger will be featured in the April 23rd Burbank on Parade, riding behind the Burbank Civic Pride float. They will also receive recognition at the April 26th City Council meeting.