Jordan Middle School was a hub of activity all day Saturday as some 60 volunteers completed the literacy patio and garden dedicated to beloved former principal Betty Steinkolk, who passed away in 2009. 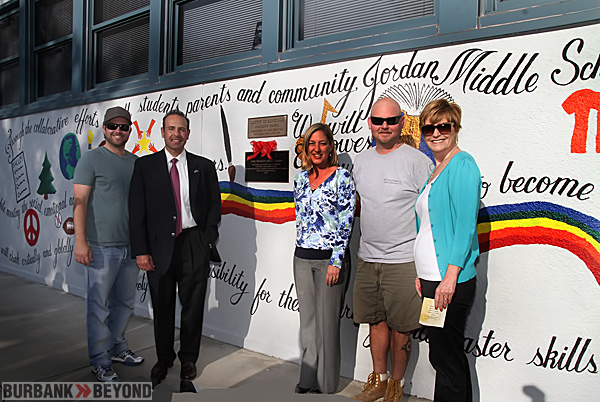 Georgino has partnered with Jordan and more than a year ago, she took a tour of the school with Principal Stacy Cashman, who outlined her to-do list. Cashman said the patio was a priority because the teachers needed a place to relax and, because it joins the teachers lounge and library, the students can also enjoy the space. 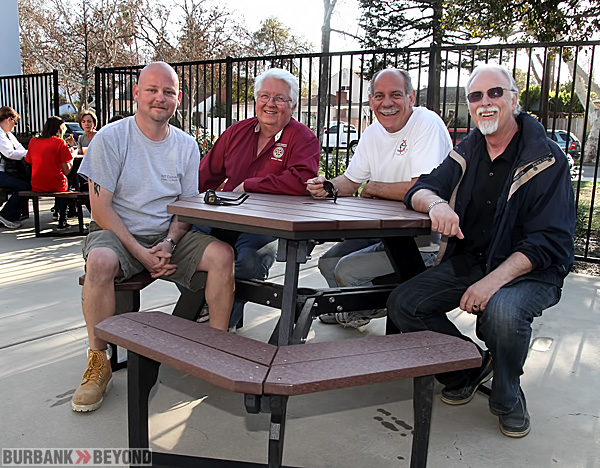 “Seeing the completed project makes me feel great,” Georgino said. “I tell people all the time that Burbank is a grassroots community in support of the schools. This is an example of this. Two organizations came together on a project. There weren’t any hassles. They raised the money and they got it done. They loved doing it and it looks great!”

Jonathan Taylor, immediate past president of the Burbank Noon Rotary, supervised volunteers putting together the tables and benches. 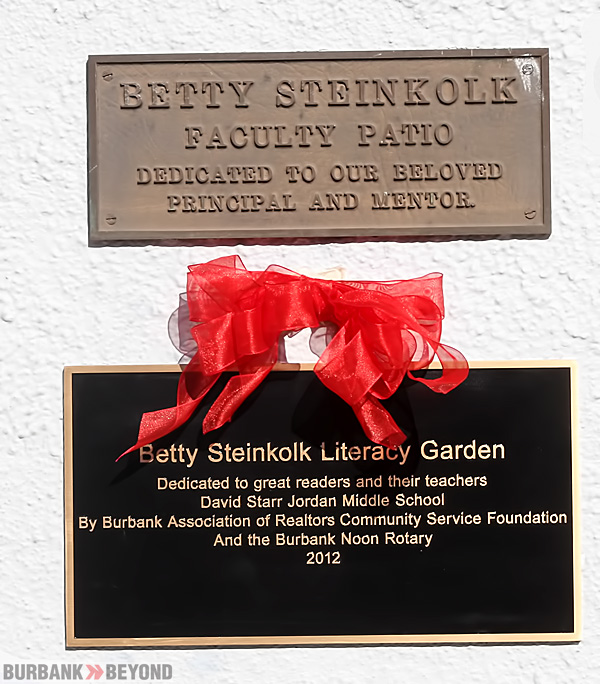 “To have two organizations like the Burbank Noon Rotary and Burbank Board of Realtors come together and do something good for one of Burbank’s schools is a great thing,” he said. “It is unique and it’s something we hope will inspire other organizations to follow in our footsteps.”

Work on the patio and garden took one day, Taylor said, and with so many people helping, they got done earlier than expected. They started at 8 a.m. and were done by 1 p.m.

Both groups donated money from their general funds, Taylor added. Additional donations came from individuals like city of Burbank retiree Jim Woodburn, who is also a Rotary member and gave $1,000. The total of the project was just under $15,000, Taylor said.

The project had a special meaning for Steve Marx, immediate past president of the Burbank Assn. of Realtors Community Service Foundation. Marx attended Jordan and was ASB president in 1981, he said. Earlier in the morning, he was involved in assembling the tables, benches and umbrellas on the patio. 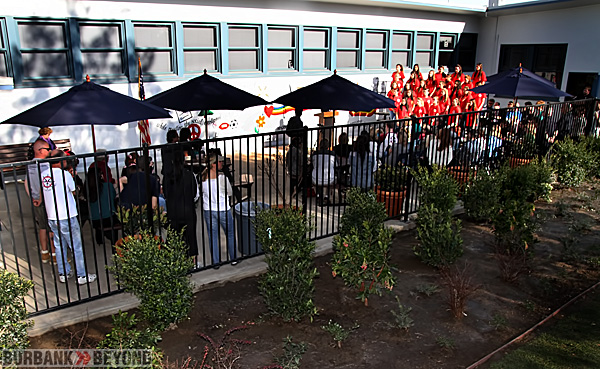 New garden and lunch area in the front of David Star Jordan Jr. High. (Photo by Ross A. Benson)

The planning began a year before while Marx was president, and some of the funds used for the project came from the foundation’s fundraising auction.

“It was fun just attending the meetings leading up to the project to see the vision that Sue Georgino put forth and the Burbank Business Partnership and knowing we were going to get to this stage,” he said. “It was a pleasure and fun partnering with the Burbank Rotary as well.”

Christopher Rizzotti, president of the Realtors foundation, put all the plants in place starting at 6:30 in the morning and others planted them. A landscape designer had created the planting plan. 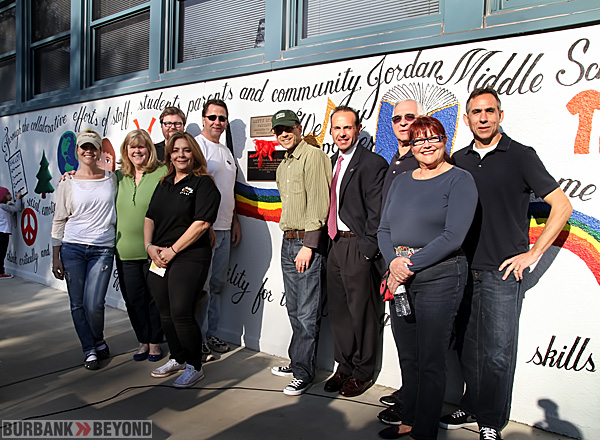 Just some of the local Burbank Realtors that contributed money and labor to change the new area. (Photo by Ross A. Benson)

“From the tables and chairs in the patio to the garden area, we had over 60 people from the community and kids helping here,” he said. “I do these projects because I like to give back. I was born and raised here and my niece goes to Jordan.”

The project completes the Betty Steinkolk Patio that was started by the faculty in 1985, said former physical education teacher Terry Scott. Funds to pour the concrete came from the PITS talent show, he said. Scott remembered Steinkolk was all business when it came to being a principal, but she knew how to have fun when the faculty got together socially.

The patio features a mural designed by English teacher Dana Ragle, who is the Mural Club adviser at Jordan. It was painted by students in the club and parents. Gabrielle McKenna did the calligraphy. Her children attend McKinley Elementary and will attend Jordan in the future. 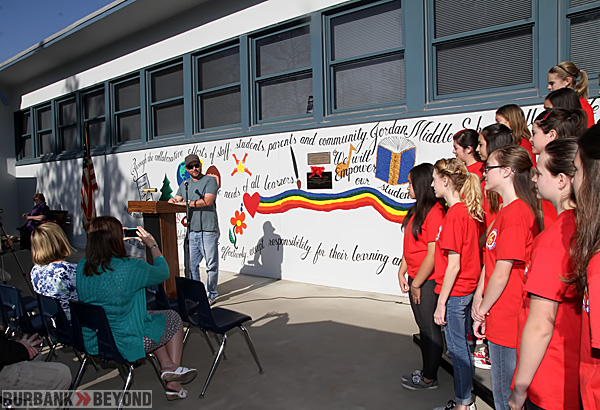 Jonathon Taylor from The Burbank Noon Rotary addresses the guests in attendance, including Jordan’s Cantabile Choir. (Photo by Ross A. Benson)

Kelli Clarke was there to watch her daughter Erin perform with the choir for the ribbon-cutting. Seeing the change was great, she said.

“It looks really dressed up now!” she said. “I love how it’s connected to both the library and the teachers lounge so at different times of the day the students and the staff can use it. And I think the mural is amazing!”

Hannah Park-Worley, 13, an eighth-grader at Jordan, was impressed with the result.

“I think the mural is absolutely gorgeous and the front of the school with the flowers and everything makes it look ten times better than it has before,” she said.