In recent weeks, at least two of the men arrested for committing crimes in Burbank, including one who attempted to rob an elderly woman at her home, were either on parole or being supervised as part of California’s Realignment Program.

The program, known as AB 109 for California Assembly Bill 109 that was enacted into law in 2011, transfers responsibility for supervising certain kinds of felony offenders and state prison parolees from state prisons and state parole agents to county jails and probation officers. 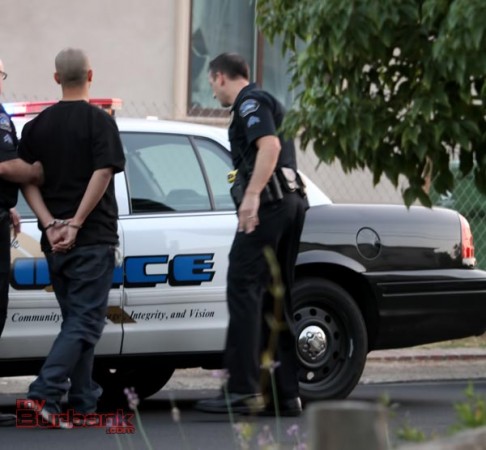 AB 109 says that convictions for non-serious, non-violent and non-sex related felony crimes call for time in county jail and/or mandatory supervision at the local level. Before AB 109, a person with such a conviction could be sentenced to state prison.AB 109 is also intended to provide those who committed less serious offenses with opportunities for rehabilitation.

Whether or not that is actually the case depends on resources and remains a matter of debate, but Burbank police feel the public is at risk.

In Burbank during the week of Aug. 3, there were 15 people being supervised under AB 109, Losacco said, adding that the numbers fluctuate on a weekly basis and another 10 to 15 such probationers are scheduled to be released into the Burbank community in the next 60 days. Police noted a distinction between “classic” California Department of Corrections parolees and the AB 109 probationers. Last week there were 58 “classic” parolees living in Burbank.

Q. What does this mean for crime and safety in Burbank?

A. AB 109 is dangerous public policy in our estimation. We’ve seen its impact on Burbank and surrounding communities. We’ve had crimes which have been committed by individuals being supervised as part of AB 109. As crimes continue to be perpetrated by these folks, I am hopeful public opinion will force a change in AB 109.

Q. Police said that recidivism rates, or the rate for re-offending, for individuals currently being supervised under AB 109 in Burbank is 60%. What kinds of crimes are AB 109 probationers committing when they re-offend?

A. These are numbers for offenders who reside in Burbank. Much of the crime committed in Burbank is by individuals who don’t reside in town but come into Burbank to take part in their criminal antics. (Losacco did not have an exact figure showing the percent of residents and those outside of Burbank that commit crimes, but stressed most arrests are of individuals that do not live in town.)

Most people who are being supervised under AB 109 in Burbank re-offend via identity theft and narcotics related crimes.  AB 109 probationers are often arrested with both identity theft documents stolen from vehicles and/or residential burglaries.

Q. Crime is up 6% compared to this time last year. Is that due to AB 109 probationers?

A. Together with Proposition 47, AB 109 has severely cut the amount of time convicted criminals spend in jail and are supervised by law enforcement. Recidivism rates for those in Burbank supervised under AB 109 has ranged between 60% and 70% since the law took effect.

Proposition 47 became law in November. It downgrades minor thefts and drug possession to misdemeanors, and the number of people supervised under AB109 who reside in Burbank has been cut by 50% to 60%. This is because many offenders took advantage of the statute by going back to court and having their prior felony conviction cases reduced to misdemeanors, which terminated their supervision altogether.

A. Some may point to drops in the state prison population, but the Burbank PD doesn’t believe AB 109 is good public policy. Looking at the recidivism rates, it’s clear these people are re-offending. The lack of resources to supervise those under AB 109, together with those who are no longer supervised, make it clear to our organization that we need to see something change in the law so that it gives us more tools to protect the public.

He noted the home invasion robbery last month that left an 89-year-old woman bruised and with a broken collar bone. One of the men arrested and charged in the case was being supervised under AB 109.

“I can’t tell you that I am very happy, but I must adhere to the will of the people and have respect for the majority of the state of California [who voted for this]”, Frutos said.

Frutos said that personally, he wrote a letter about his concerns with Prop. 47 and hoped more people would send letters to their representatives in the state legislature.

While it may have only been one person affected recently by AB 109, one person was too many, Frutos said.

“How many more times should this happen?” Frutos added.