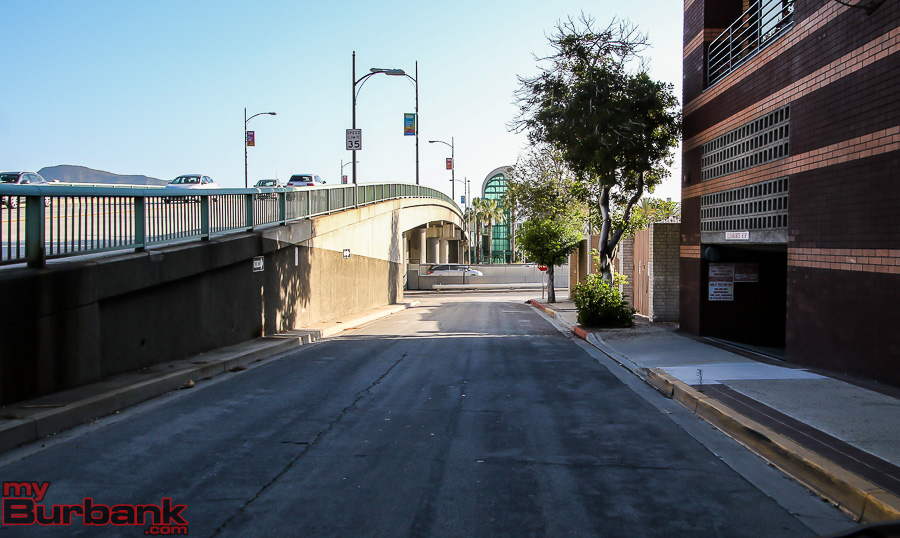 After a public hearing held on June 16, the Burbank City Council adopted the Burbank Citywide Complete Streets Plan and approved staff to start to hire a consultant and start construction on First Street.

Approved by the Council is the vacation of N. Bonnywood Place between First Street and the Freeway that will improve pedestrian safety, install high-visibility crosswalks, and construct pedestrian curb ramps. The Council also approved a bike lane project on First Street from Verdugo to San Fernando for an In-street, protected Class IV bikeway with bollards and bus boarding islands.

Closing Bonnywood Place to traffic would eliminate the shortcut taken by motorists who enter the I-5 Freeway northbound at the Orange Grove on-ramp and would force all vehicles to enter the freeway via Orange Grove and First Street.

One of the crosswalk improvements at Olive and First would be flashing lights in the crosswalks as brought up by Councilman Jess Talamantes in discussion and confirmed by staff.

Both items are being constructed to improve bicyclist and pedestrian safety, enhance first/last-mile connectivity through Downtown and the Downtown Metrolink Station, and provide transit amenities according to the report presented to the Council.

If you would like to see the entire Burbank Citywide Complete Streets Plan, CLICK HERE for the full 281-page report.