myBurbank: Now that you have been re-elected to the council, what are your priorities? 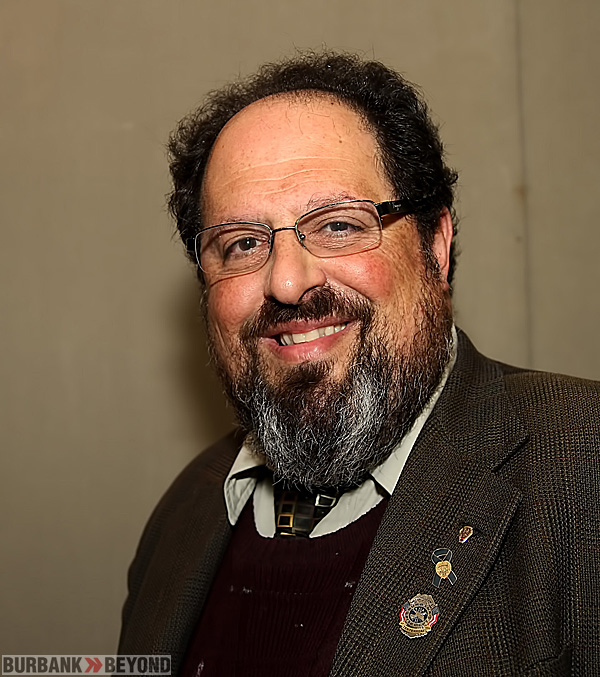 We definitely have to go through the process of identifying and retaining a new city manager.  That’s very important for the future of the city.

We need to tackle the budget that is coming up.  I think there is going to be a new approach, and new emphasis with the budget where we’ll have to cut some things, and make sure we don’t cut other things.

I will say one thing very strongly, that I really do not embrace the concept of outsourcing our employees.  We need to keep the employees of our city whom are here.  They do an outstanding job, we depend on those services, we rely on them and depend on them, and we trust our employees.

myBurbank:  Are the utilities we have in Burbank adequate to push us into the next generation of our city?

Councilman Gordon:  I think we have an incredible set of utilities in the city.  Burbank Water and Power is one of the top utilities in the state, if not the country, and I think we’re well-positioned for the future.  But at the same time we have to address the issues and challenges of renewable energy and the effectiveness of those resources.  We have to take a look on how we may effectively move forward in providing energy and water, and other utility-like resources to the cty.

Councilman Gordon:  Absolutely a priority.  The roads need to be fixed in an incremental fashion, we just don’t have the wherewithal to overnight fix them all given the hundreds of miles of roads we have in the city.  But we do need to identify those in urgent need of the greatest repair and get those done as quickly as possible.

myBurbank:  At least in the media we see the entertainment industry is starting to relocate or look outside of Burbank.  Are you going to go and get them back into Burbank?

Councilman Gordon:  I don’t know if I personally can go and get then back into Burbank, but I do everything I can to go against the so-called runaway production we’ve heard about.  I really think it’s critically important that we enhance and retain our entertainment industry and the many facets of it that are here in Burbank.

It is a great center not only for film production, but there is music, there are all sorts of technologies, such as animation, so Burbank remains a very big center for all that, and we also have a great resource of talent for all that.

So I’m going to do everything I can, on the council to make sure that the industry stays and we continue to be attractive.

myBurbank:  As far as transportation, high-speed rail, development of the Burbank Airport, perhaps attracting parts of the aviation industry back to Burbank, are those a priority target for you and the council?

Councilman Gordon:  Foe what I have seen and understand about high-speed rail, I’m not prepared to embrace it at this time.  It is a fabulously expensive program, and I’m not impressed at all with the concept of having infrastructure done overseas, the rail, the car, the railroad engines,…  I’m sorry, I don’t like that at all.

I’m ready to make American jobs, support American industry, that is what we need to do.  So as far as high-speed rail maybe it has a place, but right now from what I see I have a lot of skepticism about it.

myBurbank:  How about the Burbank Airport, does that expand, contract, do we try to attract more of the industry to Burbank?

Some of the carriers have left, and we can attract more.  We can modernize, and I expect there will be a rebound after the economic downturn with the airport.  But I am not proposing to expand the airport.