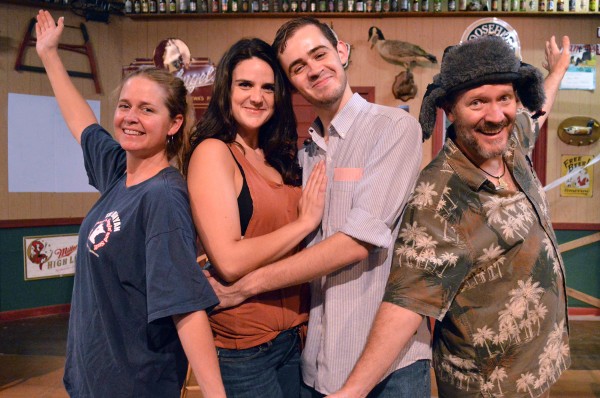 Looking for a fun evening? Go to the Lonny Chapman Theatre for The Group Rep’s world premiere musical comedy, Don’t Hug Me, We’re Married. The musical reminds me of Peter Falk’s Lt. Columbo: artless on the surface, but possessing a shrewd insight into the human condition. Make that humorous insight. Last Saturday’s audience laughed often enough to rival a sitcom soundtrack. 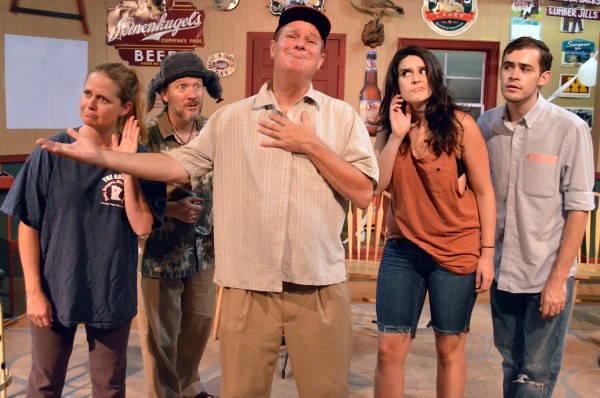 Playwright (book and lyrics) PHIL OLSON, in his interview with guest writer Steve Peterson, distills the musical: “stories about relationships, a marriage that has gone sour and needs a little love and romance to get on track, a younger couple looking for love, a jealous ex-boyfriend wanting to win his girlfriend back.”  In the program notes, Phil explains that his “Don’t Hug Me” plays were inspired by “his emotionally reserved upbringing in Minnesota.” Phil’s father would tell him “he was a Norwegian who loved his wife so much, he almost told her.”

The talented cast (principals TRUETT JEAN BUTLER, REBEKAH DUNN, BERT EMMETT, DON SCHLOSSMAN and TROY WHITAKER; understudies KATHLEEN CHEN, DOUG HAVERTY, CHRIS LOPRETE and LAURIE MORGAN) give hilarious, note-perfect performances. But don’t expect soaring sopranos and velvet tenors. The actors belt out the musical’s15 tunes the way your friends might sing “Happy Birthday” if they were reasonably sober. But this is all very deliberate, the better to showcase the witty lyrics and the quirks of their characters. 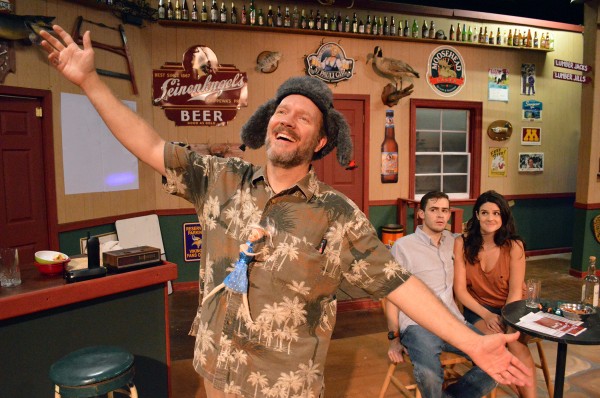 The actors’ nicely-realized Minnesota accents evokes nostalgia for the days when regional differences were sharper in their customs, cuisine and family-owned watering holes like the musical’s Bunyan bar. In our more interconnected world, regional particulars live in exile in the hinterlands like Bunyan Bay, unless they’ve become corporate branding fodder.

It’s nice to think there are still parts of the country, like rural Minnesota, where people would have the wit to say, “If it weren’t for marriage, men and women would have to fight with strangers.” Lt. Columbo would instantly understand and permit himself a wry smile.

Equestfest Attracts Thousands To L.A. Equestrian Center
The Other Place Is The Place To Be In NoHo
Summer By Rail Brings Washington Intern to Burbank
Ice Skating Rink Returns in Downtown Burbank