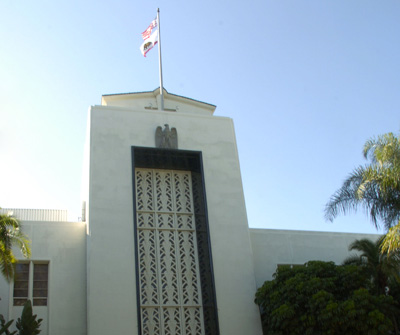 Editor’s Note: The Burbank Police Officers’ Association (BPOA) has raised some concerns that the organization, which is the union representing Burbank police officers, has regarding the level of service the department is providing due to operational changes made by Interim Chief of Police Scott LaChasse and his command staff. BurbankNBeyond.com was able to obtain the statement made in the recent minutes of a BPOA meeting on September 12. (Click Here to see the entire document).  In addition to the BPOA’s concerns, which we have included in its entirety, our staff has attempted to gather background information to present all sides of this issue.

The BPOA is worried about the level of service the Burbank Police Department is providing to the residents and business people of Burbank. They believe operational changes put in place by the department’s command staff are responsible for less service and more costs. The department, on the other hand, has noted a number of factors that have an effect on operations.
At the heart of the BPOA’s concern are the changes to the work schedule that was first instituted in the 1990’s. This 3/12 plan has patrol and motorcycle officers working three 12-hour shifts, either days or nights, on consecutive days each week. At the end of each 4-week cycle, the officers would then work one additional shift to bring their hours up to 40 per week, and maintain staffing levels. Currently, that extra shift is being used as a training day, so rather than officers on patrol at straight time, other are brought in on overtime to maintain minimum staffing levels.
“It is costing more money to provide less service to the community,” according to Sgt. Claudio Losacco, Vice President of the BPOA, who believes the shifting of resources from operations to administrative positions is responsible, noting that more sergeants and lieutenants are in administrative positions.
According to Interim Chief Scott LaChasse, the department has promoted seven officers to the rank of sergeant this year. He feels that having supervisory personnel in the field is important.
Response times have risen. The BPOA, in their statement, called the nearly 24 minute average response times for all calls in August, an “All Time High.” The department stated that those response times included all types of call, from illegal parking to more serious crimes. They noted that the response times for “life threatening” calls in August was 3 minutes, 34 seconds, an increase of 43 seconds from the same month last year.
The closing of the Burbank Jail in April for major repairs may be a factor in response times. According to the department, prisoners must now be transported to the Glendale Jail. Two officers must accompany a prisoner for a round trip that can take between 30 and 45 minutes.
Mentally ill people also add to the time officers are not available for patrol.  According to the department, they have seen a 25 per cent increase over last year, with 350 calls involving mentally ill people this year. Two officers are needed to transport these people to the closest facility, Olive View in Sylmar. This can take 3 ½ hours. If Olive View is full, the next facility is Harbor General in Los Angeles, which is farther away.
There seems to be a consensus on the need and benefit of training. LaChasse, and the staff he has brought on board, Deputy Chief Tom Angel, and Captains Denis Cremins and Michael Albanese, have put an emphasis on training.
“It makes officers safer when they are properly trained,” said LaChasse.
There seems to be agreement, even by some critics of the department’s operational scheduling, that these men have impeccable credentials. LaChasse was hired in January 2010, for six months to deal with the personnel and legal problems the
department was experiencing. His contract was extended, and he is now serving indefinitely as interim chief.
Although there may be some resentment by some officers towards the “outsiders,” Losacco was quick to point out, that there were no personal issues with the command staff. “They (the command staff) have a different mindset as to what the community expects,” added Losacco.
Referring to the job he was hired to do, LaChasse said, “There were some deep divisions, but there has been a great deal of healing.” He added, “We are public servants, and we all work together.”
The BPOA and the City of Burbank are currently in contract negotiations. The current contract expired in June of 2009. According to Management Services Director Judie Wilke, “It’s been a very difficult process, but we hope to reach a consensus.”

The following is an excerpt from the BPOA Minutes from the September 12. 2011 meeting