Louise Nevelson is one of the most notorious sculptors of the last century, but she did not have fame and recognition until her life was half over. Edward Albee’s Occupant tells her story in the 2-person play that is currently showing at the Garry Marshall Theater. Albee and Nevelson were friends, so he tells the story of someone he loved and knew very well. 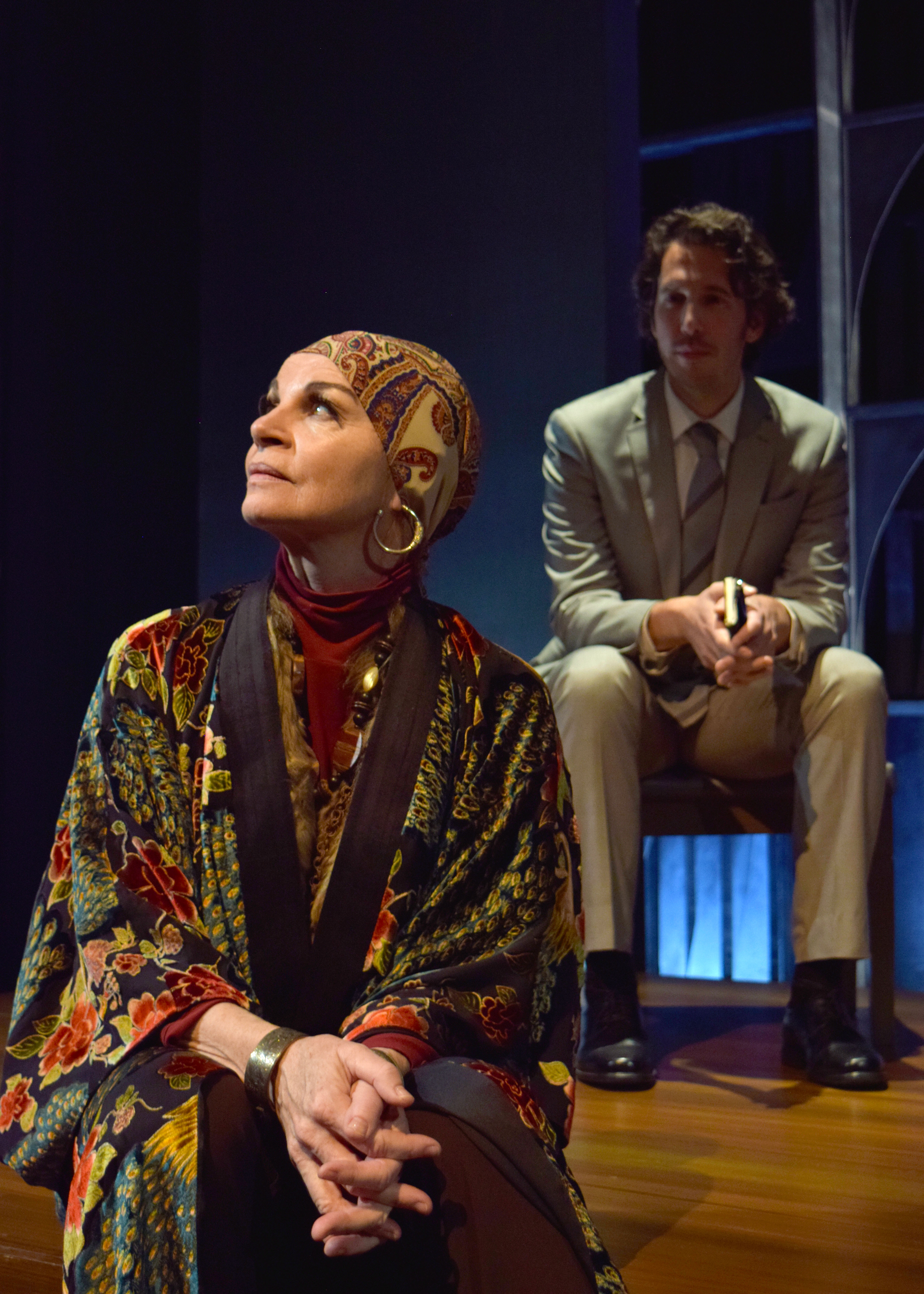 The play starts out with Louise Nevelson meeting a man who is going to interview the artist about her intriguing life from impoverished beginnings until her successful end. While a 2-person show about someone’s life might not sound like something that will hold interest from start to finish, you cannot look away for a second because you do not miss a single minute of a life lived to its fullest.

Nevelson came to America from Russia at the turn of the 20th century and her family did not have much money when they arrived. They were the only Jewish family in Rockland, Maine and they stood out and alone. Her mother insisted that they look good and the tall beauty did just that. Even though she was gorgeous, she did not date and was not invited to parties when she was in school.

Though she studied the arts, as many as she can, she worked as a stenographer at a law firm after high school. Before her 20th birthday, she met a much wealthier, older man, who was visiting from New York City. The two hit it off, but there was one problem. He was married.

The next year his brother comes to that small town and proposes to her as dessert is served. She does not want to talk about him to her interviewer. She did share with him that she knew they were going to marry before they even met, so she did it. It is never clear if they loved each other, but they did have a son together. A child, she never wanted. 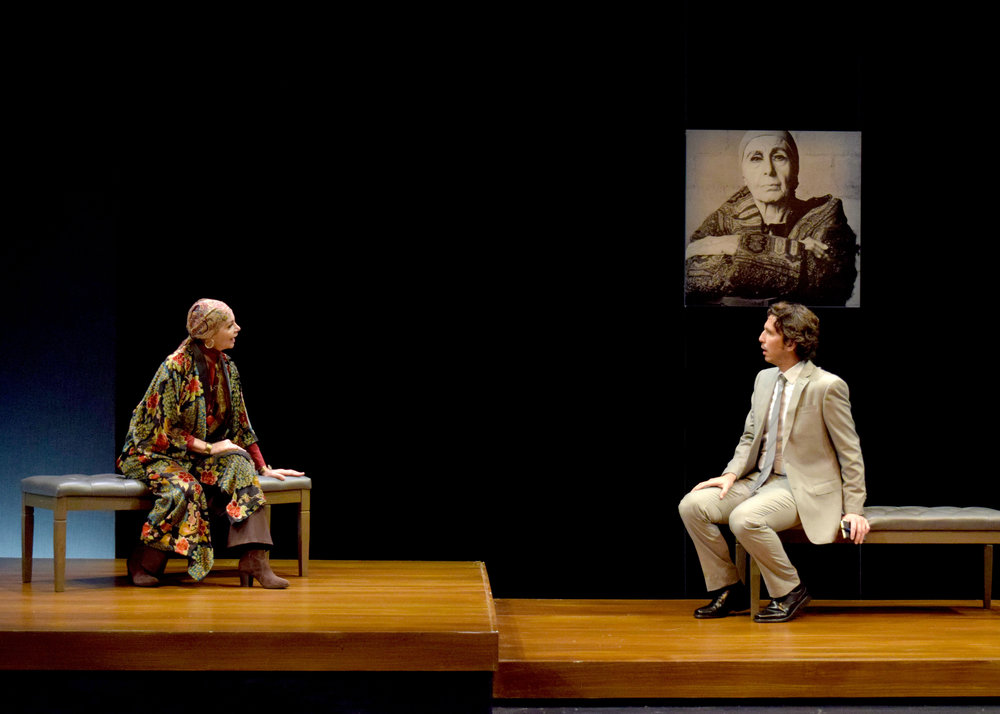 She just wanted to be an artist, so she left him and her husband and studied art under the greats in Europe. When that did not pan out, she just toured the continent. Then something inspirational happened to her and she found her calling. So she thought. Her art shows failed in NYC and she did not sell anything. She gave up and gave all of her tools to her grown son. Alone she retreated to her house, but then as she was turning 50, something remarkable happened and her life was never the same.

The above is the shortened life story of a woman who was anything but small. She was born into a time that was not ready for someone like her and she was not going to let that stop her from being the woman she was destined to be. As what she was told, she was going to be when she was just a baby.

In a time when women are finally finding their voices, Louise Nevelson always had hers. However, this play is not only about a groundbreaking woman, it is also about never giving up on your dreams. Ever since she was a little girl, she wanted to be an artist. She was not going to let anything stop her from that dream, not her upbringing, not her failed marriage, not her bouts with depression and not her age.

While most people would have given up, she never did. She just needed to find her inspiration. When that finally came to her in her late 40’s, she took it and ran with it. It is something that we all need to remind ourselves of because we seem to forget that as we live our daily lives. A reminder like this will inspire you to do that thing you have always wanted to. Thus, her inspiration will become yours.

Another thing, on a different note about this play, Nevelson sculpted her life story like she sculpted her art. No one, maybe not even her, knew what was real and what she made up. Her stories changed and even the names did not remain the same. As you sit watching these two brilliant actors act out her whole life, you wonder what is real and what is fake. Then you wonder if you care because of it that idiosyncrasy that makes her tale so much more tantalizing.

If you are going to tell a story of a great woman, you need an equally great actress to play her. Martha Hackett is perfectly cast as the legendary artist. She gives the artist, who did not have the easiest life, warmth, sincerity, and spunk. The combo of all of that makes you pay attention to every word that comes out of her mouth.

Hackett is not alone on that stage; she shares it with James Liebman. He plays the man who was given the daunting job of interviewing the awe-aspiring legend. His character has thoroughly researched his subject. He knows her life story and her falsehoods, and he wants to hear it straight from her mouth. Liebman plays the man as though he is curious to know more, a fan and someone who can be compassionate and be doubting at the same time. He is someone you want to tell all the salacious details about your life.

The actors have such great chemistry together; you feel like a fly on the wall listening to the conversation that you should not be able to hear. You believe they are just talking to each other and not just reading the lines from the script. That is a true test of two actors and the pass with flying colors. 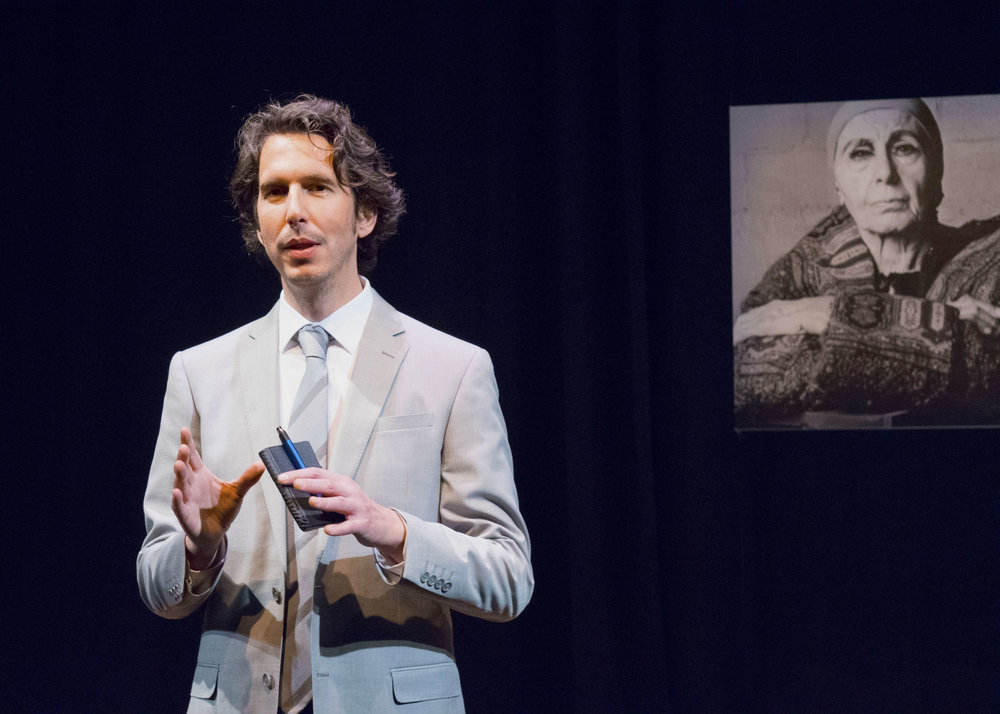 And with that, there is a third character in this play and it is the set. It is pretty barren and because of that, you are not distracted by their surroundings. Your focus is on them and you never take your eyes off them.

Why not move in with the Occupant for a few hours between now and March 4th. It is such a good place to stay you will not want to leave. There are performances on Thursdays and Fridays at 8p, Saturdays at 2p and 8p and Sundays at 3p and 7:30p. Tickets are available at the box office at 4252 W Riverside Drive, calling (818) 955-8101 and online.