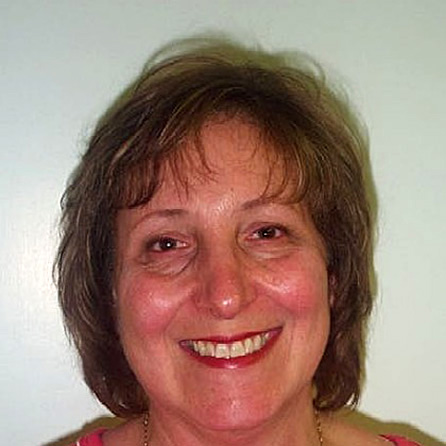 As the old Chinese saying goes, “A journey of a thousand miles begins with a single step.” In July of 1953, when three local educators fought to find the funding to launch Family Service Agency of Burbank, they could never have foreseen how far those first steps would take the tiny organization, at that time operating out of Assistance League offices in Hollywood.

But 65 years later, their dream of mental health care being recognized as “a community service for all” is a success story worthy of celebration and support.

This weekend, when FSA hosts their 11th Annual CAREWALK, the Burbank community will come together to help the agency take the next steps toward continuing and expanding their valuable work in Burbank

The 2018 CAREWALK will honor the commitment of one of Burbank’s most dedicated volunteers, Janet Diel. A strong believer in the value of community service,

Diel has been involved in the Burbank for 39 years. Not only does she talk the talk of kindness and the importance of giving to others, she walks the walk. Because Diel has struggled with health challenges for much of her adult life, she often walks that walk of service to others with a cane, and when need be, she rolls it in her wheelchair.

As the former oncology nurse says, “Disabilities make life more complicated, but not impossible.” And she expects more of herself not less. “I identify myself by what I can do, not what I can’t,” she explains. And in Burbank, Janet Diel has found a way to do a great deal.

“Janet is relentless, passionate, and tireless about a number of causes, all of which help folks who are less fortunate that she. Her enthusiasm is contagious and I catch it several times each year,” says Tim Murphy, who served on Burbank’s City Council from 1989-1993.

Diel considers herself a Burbank newcomer, having only lived in the city for four decades. In that time, she has built an extensive resume of service. She has been the cookie chair for 41 Burbank Girl Scout troops, she chaired both GATE and Special Education parent support groups, spearheaded the disabled-friendly playground at Bret Harte Elementary, and served on various Boards including Job’s Daughters and the Burbank Human Relations Council.

She has dedicated decades to service with the Burbank Transportation Commission, the local Optimist Club, Burbank’s Tournament of Roses Committee, Relay for Life and BUSD’s School Facilities Oversight Committee. She may be best known for her thirty-two years with the Burbank Coordinating Council where she has overseen Camperships and Holiday Baskets impacting countless children and families through her decades of tireless service.

Diel’s community service has been recognized with numerous awards including last month when State Assemblywoman Laura Friedman named her District 43’s 2018 Woman of the Year. In 2016 she was among Congressman Adam Schiff’s 2016 Women of The Year and in 2010 Burbank Council PTA awarded her the Golden Oak.

Retired City Manager Mary Alvord has nothing but appreciation for Diel.

“I have known and worked with her for most of my 38 year career with the City of Burbank and continue to witness her incredible commitment and devotion to the Burbank community,” said Alvord.

“I first worked with Janet on issues related to access for disabled individuals and she has been an amazing advocate and leader for the rights of disabled individuals. Janet has helped make the Burbank community much more user-friendly for persons with disabilities in addition to countless other kind and loving acts of generosity in our city.”

Diel and her family are proponents of FSA’s services, having used them themselves.

“When my grandson was eight, he had a ‘safe person’. He knew he could ‘save some of his mad and some of his sad’ and share it with his counselor at FSA,” said Diel, “Laurie and her team made it possible for this young man to bravely stand up at a City Council meeting and share his experience, in the hopes that other children may be encouraged to talk to counselors when needed as well.”

For three decades, Diel has been a member of Burbank Coordinating Council, overseeing the Holiday Basket program and ensuring that hundreds of families in need receive food and gifts over the holidays. And in the summer, many children in those families get to go camping as well thanks to the Coordinating Council’s annual Campership program.

When preparing the list of children who could benefit from a summer camp experience, Diel reaches out to FSA to ensure that no child in need is left out. She and FSA’s office administrator, Pat Smola, compare lists of children to identify those in need of such an opportunity.

“Camp is good for the mental health of so many of these children,” says Diel, “It can be a salvation for kids who’ve dealt with abuse or neglect in their homes or children who are struggling with stress and anxiety but whose families can’t afford to give them the life-changing experiences that summer camp can provide.”

Diel has ensured that between 100-150 young people get to experience local day camps and overnight camps annually, having inherited the role from her dear friend Barbara Sykes, a community leader who passed away in 2016.

“Barbara was an inspiration for so much of what I do,” said Diel. “While the CAREWALK may be in honor of me, I’ll be walking in memory of her.”

“FSA is proud to shine a light on Janet Diel’s extensive community involvement at CAREWALK 2018,” said Laurie Bleick, Executive Director of Family Service Agency, “Janet has given countless hours of her time to further our work and is a great example of how one person can rise above her own challenges and make a difference in the lives of countless others.”

Diel’s family legacy is one of the noteworthy historical accomplishments. Her father worked with the National Science Foundation and was part of the team that helped develop the internet and her mother was a Peabody and Emmy Award-winning director who worked with Walt Disney in the creation of the Haunted House attraction at Disneyland.

“My dad was a navigator on a bomber while the woman who would one day become his second wife was in a concentration camp,” Diel explains. “Kitty had been a prima ballerina and knew several languages which earned her the position of Interpreter in the camps.”

That role gave her an extra half potato ration. Once the camp was liberated, she walked 1000 miles to Czechoslovakia and eventually came to America where she met Diel’s father.

Her knowledge of Kitty’s horrific experiences led Diel to say yes when given the opportunity to coordinate the BUSD holocaust speakers program for 7th and 10th graders.

“I know in my heart that when kids hear authentic speakers share their personal stories, they will understand and never forget,” says Diel. She recognizes that there are few survivors left to tell their stories (quote about her stepmother) and this is the last chance for a generation to hear from living survivors.

Diel grew up knowing that life is full of trials. “We all come into this world with our own set of challenges, but at some point ,we have to stop looking at what is wrong and instead look at how we can help others.”

She says her parents and stepmother all experienced difficult childhoods and were damaged emotionally, but they still left indelible marks in the world. Understanding and appreciating those marks connects her more deeply with the work of FSA.

“Regardless of your challenges, you have the capacity and responsibility to do something valuable with your life,” says Diel. “If we can all share a little of our time and a little of ourselves, we can make a better world.”

Diel appreciates that the counselors at FSA are ready to assist anyone who needs a little extra help navigating life’s challenges so they can take the steps needed to create a valuable life. And this weekend she will be there when the community comes together to take steps for FSA at the CAREWALK.