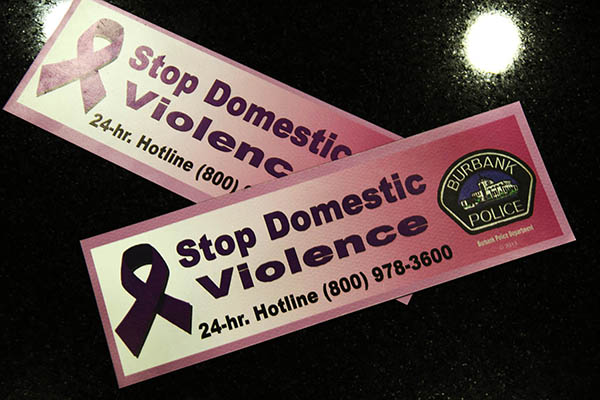 It’s been in the news quite frequently as of late – between the Ray Rice video, Aaron Grissom’s arrest and Oscar Pistorius sentencing, domestic violence has been thrust into conversations around the world. But what’s most disturbing about many of these conversations is that they are often riddled with victim blaming, sympathy for the abuser and an outright misunderstanding of what domestic violence is, or how many people are effected.

So why is it that a crime that is unquestionably horrible so misrepresented in the media? Part of the problem is perception – people are often blind to the issue unless there is blatant visual proof like cuts and bruises. However, there is far more to domestic violence than just the physical abuse.

“All the behaviors on the power and control wheel – none of them are of physical violence. But people have that picture in their head of someone cowered in the corner with bruises,” explains Chris Ramos, Domestic Violence Program Coordinator at Family Service Agency of Burbank.

The power and control wheel that Ramos references is a tool that counselors use to explain the various ways that an abuser gains control, from things like financial and emotional abuse, to isolation and intimidation.

Of course, the physical violence is what is most noticeable to the outside observer. When allegations of abuse do surface, often times the blame lands squarely on the abused.

‘Why didn’t she just leave him?’ is a popular question that prove just how deeply engrained the misconceptions are.

Ramos, speaking from personal experience, explained that when women try to leave their abuser, they are met with threats that could include anything from cutting them off financially, to keeping their children from them. Worse yet, many women are faced with death threats if they make any mention of leaving. So rather than risk losing everything, they stay and tolerate the abuse for as long as they possibly can to protect their family.

The support available to women who do decide to leave is also often less than ideal.

When she finally decided to leave her abusive relationship, Ramos explained, she was bounced around from place to place, being told that she should ‘return to where she came from’ and seek help there. When she finally heard about Family Service Agency, however, all of that changed.

“I gave them a call and explained my situation, and they said ‘sure, come on down,’” she said.

She was able to get away from her abuser and bring her children with her, where they attended family and individual counseling, and were provided with all of the necessary tools to restart their lives. A short time later she started volunteering with the program, which led to her eventual hire.

Now, her personal experiences help her to assist other people who are trying to escape their situation.

She explains that there is no maximum capacity for the people they help, and that they will never turn anyone away. It was this that made her so hopeful for what the Family Service Agency Domestic Violence Program could become, knowing that she would be able to give back to her community with the same organization that gave her the fresh start she needed.

So how do we change perceptions about domestic violence? We change the conversation.

“These women are not victims,” Ramos said. “They are survivors.”

If you or someone you know is experiencing domestic violence, call Family Service Agency of Burbank at 818-845-7671.