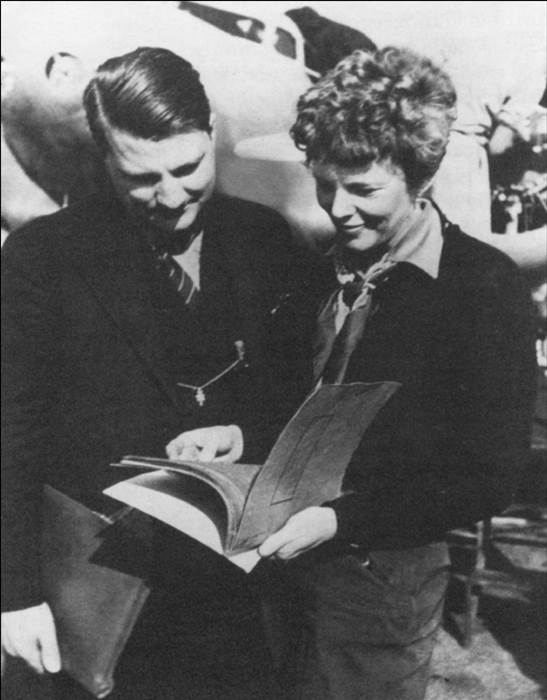 Amelia Looking over plans for her Electra at Lockheed

While it is true that Amelia Earhart was not a Burbanker she spent a lot of time here at Lockheed and the Burbank Airport, then called “United Airport”.

As we all know she disappeared on a round the world flight on July 2, 1937 and people have been searching for her ever since. There have been many theories in recent years especially one that she crash landed on an Island (reef) named Gardner and now named Nikumaroro in the pacific and died there along with her navigator Fred Noonan.

The British news known as “Daily Mail” has an exclusive story about how “The International Group for Historic Aircraft Recovery” has analyzed the over 120 reports of radio contact with Amelia after the plane crash. They have determined that 57 of the Reported Radio transmissions are credible.

In this article about ¾ of the way down is a video of a man who has uncovered an original 3 min nitrate film of Amelia here in Burbank at the airport to pick up her modified Lockheed Electra just before her round the world trip began. 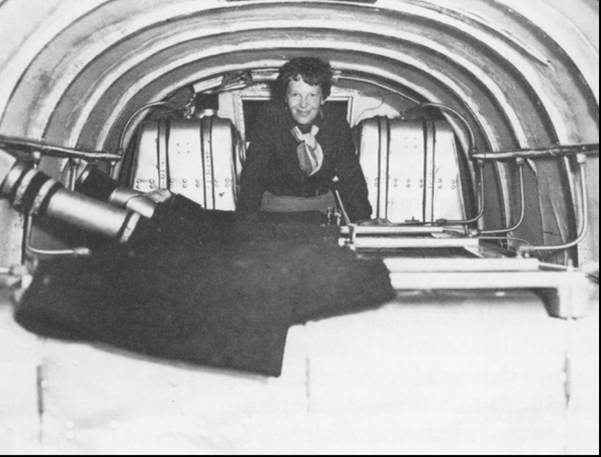 Many still photos of this Burbank event have been seen over the years in books, TV specials, magazines, and artworks of the famed Aviatrix. The photos were taken by Amelia’s personal photographer Albert Breznic but, the film footage was taken by his brother John Breznic and was in his personal effects.

After his death John’s son found it and has made it public. It clearly shows Amelia posing for the photos with her plane and the Verdugo Mountains can clearly be seen in the background. This is a great find for Earhart fans and also an important Burbank relic also.

Amelia’s ill-fated trip began here, her planes were made here and she had a permanent hangar at the airport. What a wonderful piece of history this is, that covers Aviation, Earhart and Burbank fans all in one short film.

Click on the link below to see the article in the Daily Mail and scroll Down the page to the video or it opens automatically in the lower right Hand corner. It explains how it was found as it plays, Enjoy this great Burbank Historical Film find.

Ps. The Daily Mail has a lot of tabloid type distractions on the side. 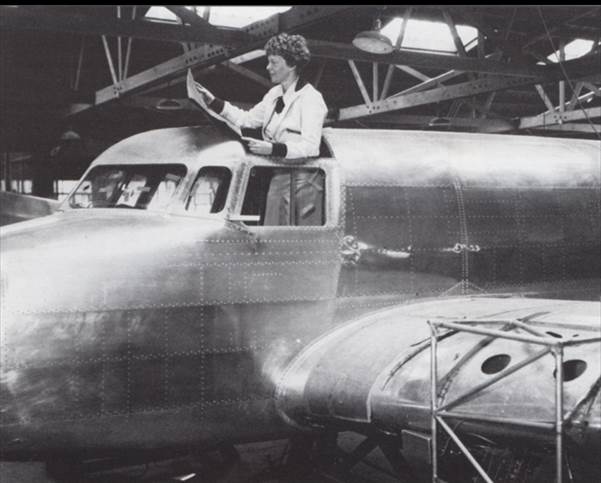 Kelly Johnson & Amelia. Johnson designed all modifications for the Electra to make her round the world trip