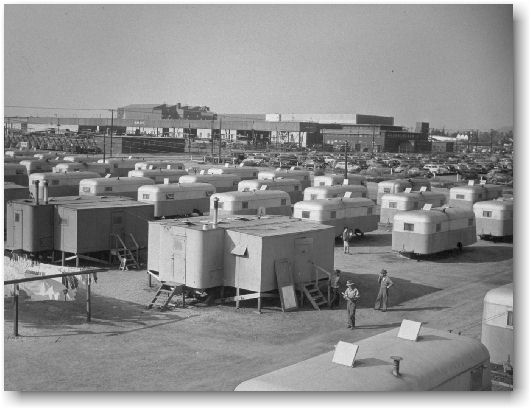 In the wake of the end of WWII, Burbank had played an important role in the war production arena to insure Victory with the thousands of airplanes Produced to fight Tyranny.

This is well known to most Burbank citizens.

What is very little known is Burbank’s post war efforts to help people return to a normal life. 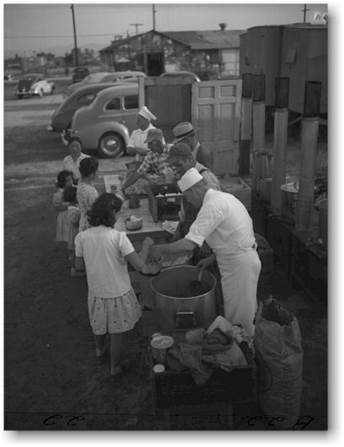 Burbank was named as one of the repatriation cities for Japanese Americans and took this job very seriously. The City dedicated land and materials to house the people returning to the Los Angeles area from the camps where they were interred  during the war.

This was temporary housing while they got their lives back on track and found more permanent work and lodging.

Near the airport was a large area where the City placed a large number of Airstream type trailers and community buildings for food service and other assistance. Along Magnolia Blvd were some housing projects that were in the early stages of construction that were used for more temporary housing.

While we have no numbers of how many families and individuals came here to make a new start we do know that Burbank was instrumental in helping them with all their needs in blending back into society.

A time we all can look back and be proud that our people and City came together to help Humanity. 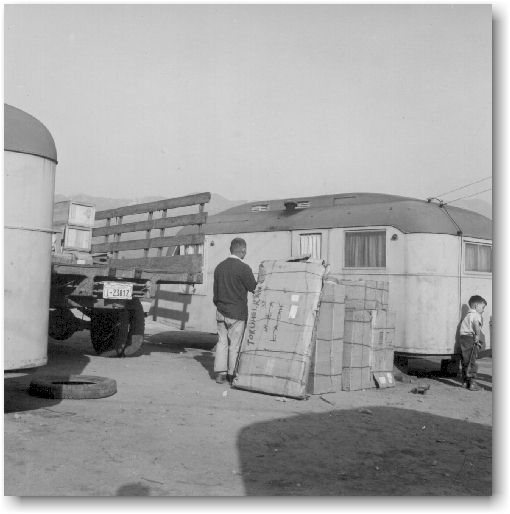 City of Burbank Craig Sherwood - March 2, 2021 2
City files suit to have Tinhorn Flats shut down. Asks for injunction to have electricity cut and doors padlocked along with paying all court costs