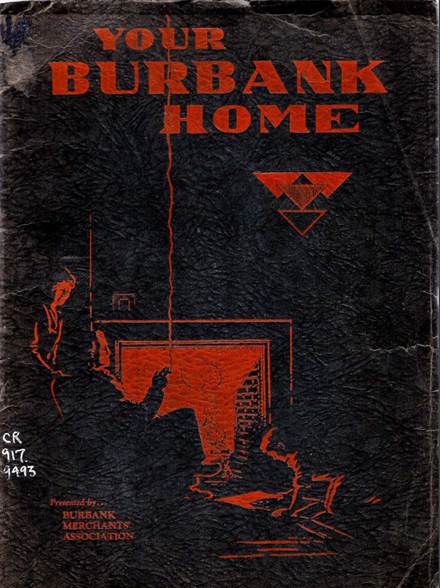 Back in June we talked about the “WELCOME TO BURBANK” signs that graced the entry points to the City as you crossed the border into town.

While enjoyable to see they were not very helpful.

In 1928 however, the Burbank Merchants Association found a more personal and helpful way to introduce you to your new home. In the mid to late 1920’s there was a housing boom and growth brought people to settle here.

With Lockheed coming to town a year later and a new airport coming in 1930, Moreland Trucks being built here prospects for work and homes were great. The Burbank Merchants developed a 56 page booklet that contained a complete history of Burbank from the Rancho Days to the present (1928) with many pictures.

The Book was a great way to learn about your new home town then and is still a Great read today! Here are some pictures and you can read the entire booklet at http://www.mbmcdaniel.com/burbankia/your_burbank_home.pdf 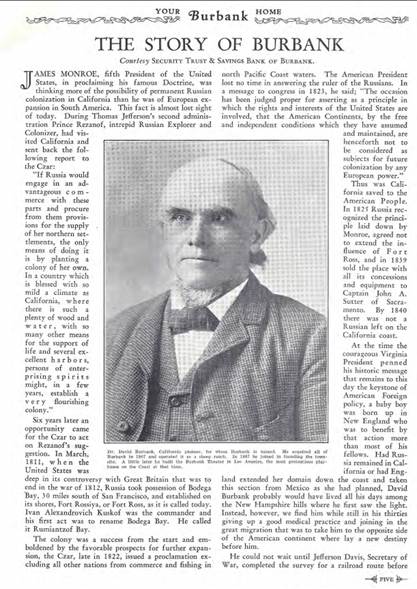 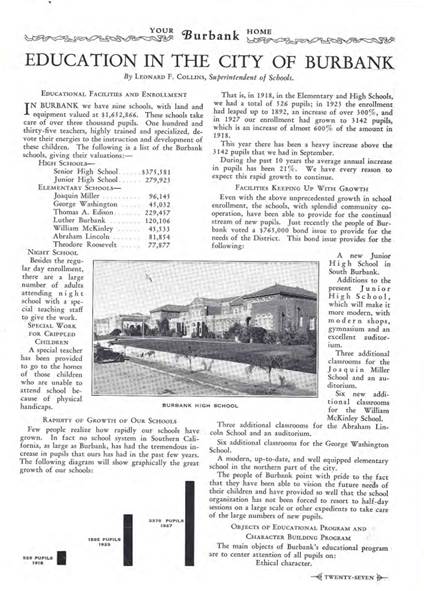 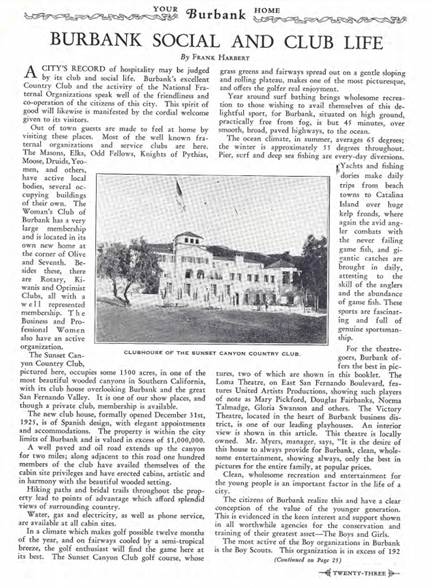