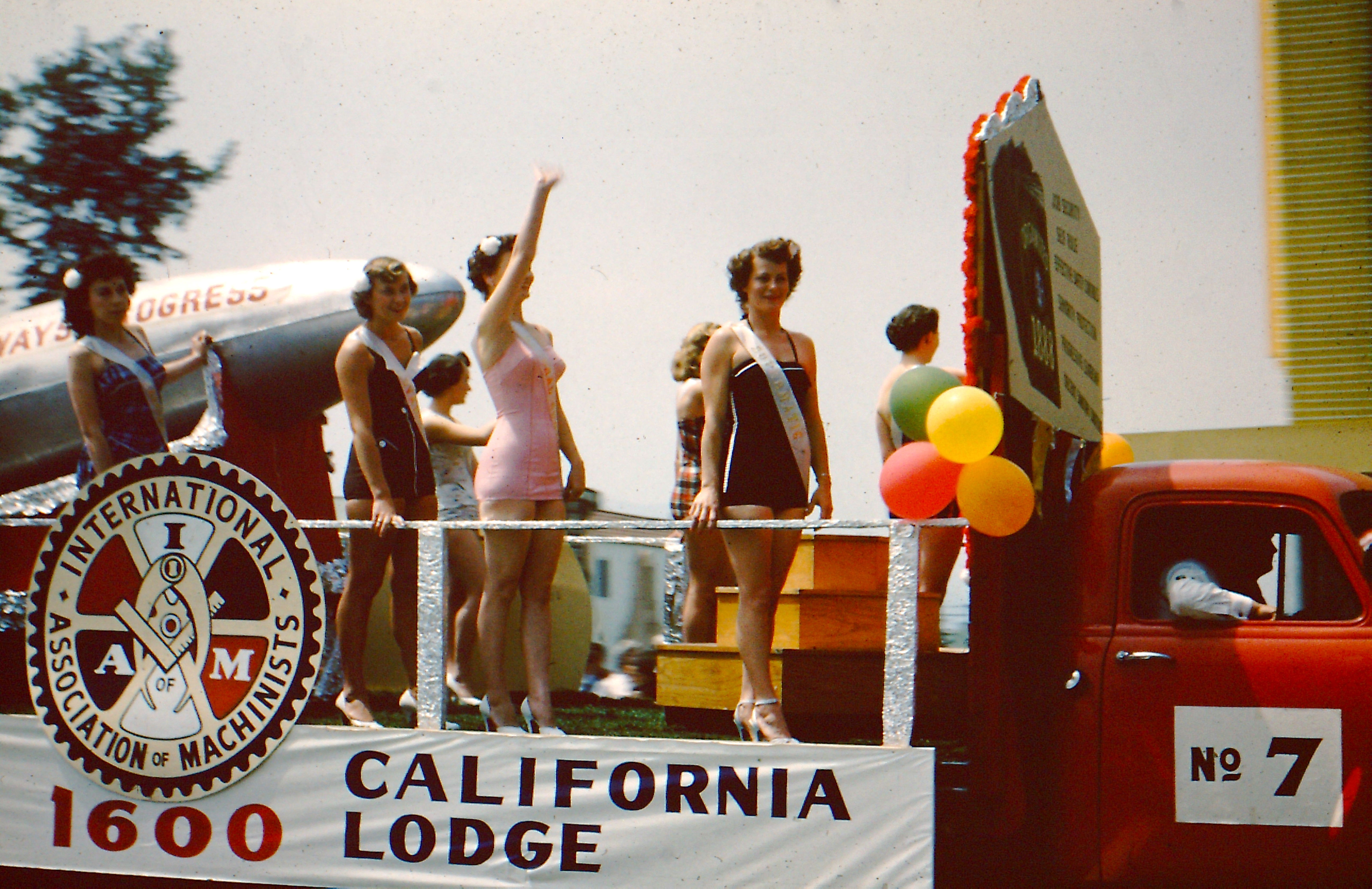 I was saddened recently to hear that after over 60+ years of Burbank On Parade that there will be no more of this Grand Celebration of all things Burbank.

This feeling I have was added to by a group of photos sent to Wes and I at Burbankia by the Son of Eudell McGinnis.

Mr. McGinnis took a number of Kodachrome slides in the early 1950’s including a number of Burbank On Parade pictures in brilliant color. At this time the parade was on San Fernando Road and headed north along the very crowded street.

These photos give us a wonderful glimpse into the past with very red fire engines, the Major theater in its glory, along with brightly colored banners and clothes and balloons, store fronts and some great 50’s cars!

Also included are photos of Vicroy Park, City hall, Bell Jeff, the original Library on Olive plus many others.

Here are these wonderful Burbank On Parade pictures.

For the rest of Mr McGinnis’s photos click here… https://photos.google.com/share/AF1QipPAvzDndUztKenObvDyFy5t-MxbVTBTZDekR-OHwjjUEScD2JR3y5ooCBMk1Txe7Q?key=Q3Rjb1dMZ1JDRXVWbzZ4R015RjlhbXM2Zk91UmVB