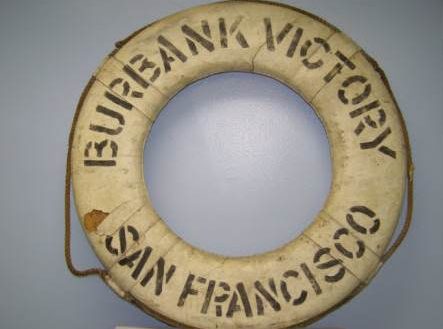 One of the big tasks of the United States Military in World War Two was moving supplies from America to the far flung areas of the world. The answer was to have the US Merchant Marines sail large lightly armed cargo ships called “Victory Ships”.

One practice in naming the ships was to name them after certain cities in the US. One such ship was named SS City of Burbank Victory or just Burbank Victory.

The ships number and designation was #721 Burbank Victory, VC2-S-AP2. She was built by the Permente Metals Corp of Richmond California and was launched on July 28, 1945.

Being late in WWII She saw action mostly in the Korean War serving our troops with supplies of all sorts.

Since all the Victory Ships were of the same design you can see and board an actual Victory Ship in San Pedro that is a floating museum. It is the USS Lane Victory.

Always remember that Burbank being the great place it is and that we had a  Merchant Marine ship that served our troops with distinction named after our city!