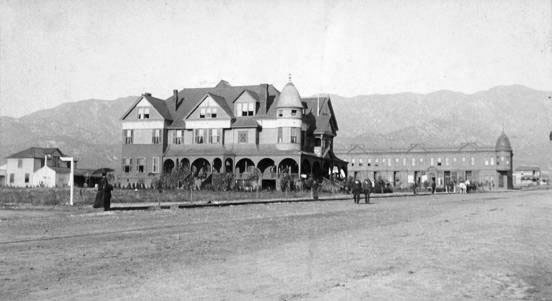 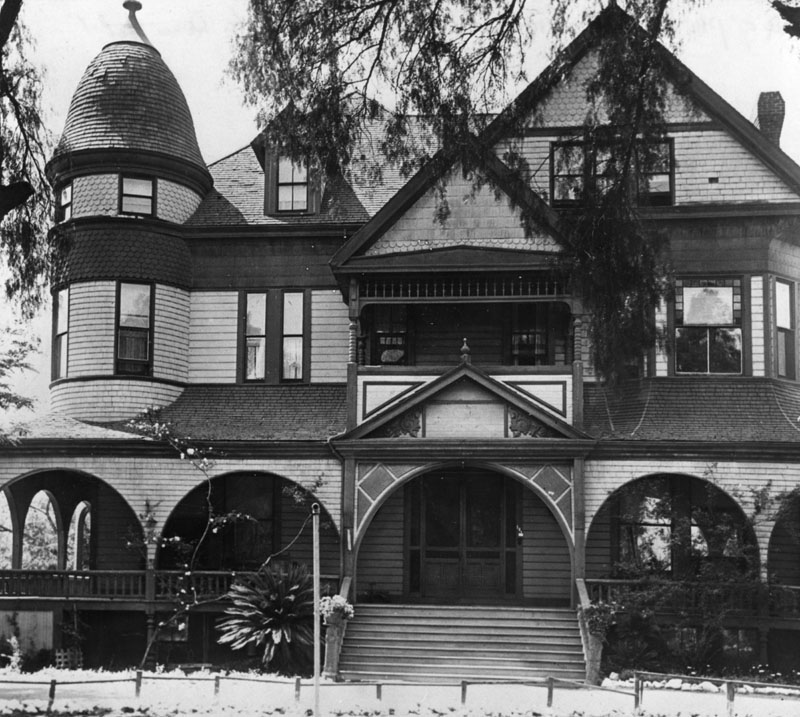 In the early 1880’s with Burbank being divided into land parcels and dirt streets crisscrossing the new city, potential buyers needed a place to stay when coming to town to look over the land for purchase.

Dr Burbank himself took on the task of building a first class hotel for local visitors to stay.

The result was the Burbank Villa Hotel built in 1887. The L A Express Newspaper said this before it opened… “There is no handsomer hotel on the Coast than Burbank Villa, to be opened the first of next month. Architecturally considered, it is a gem and its equipment is as faultless as the style of architecture. Everything done at Burbank has been done right.” 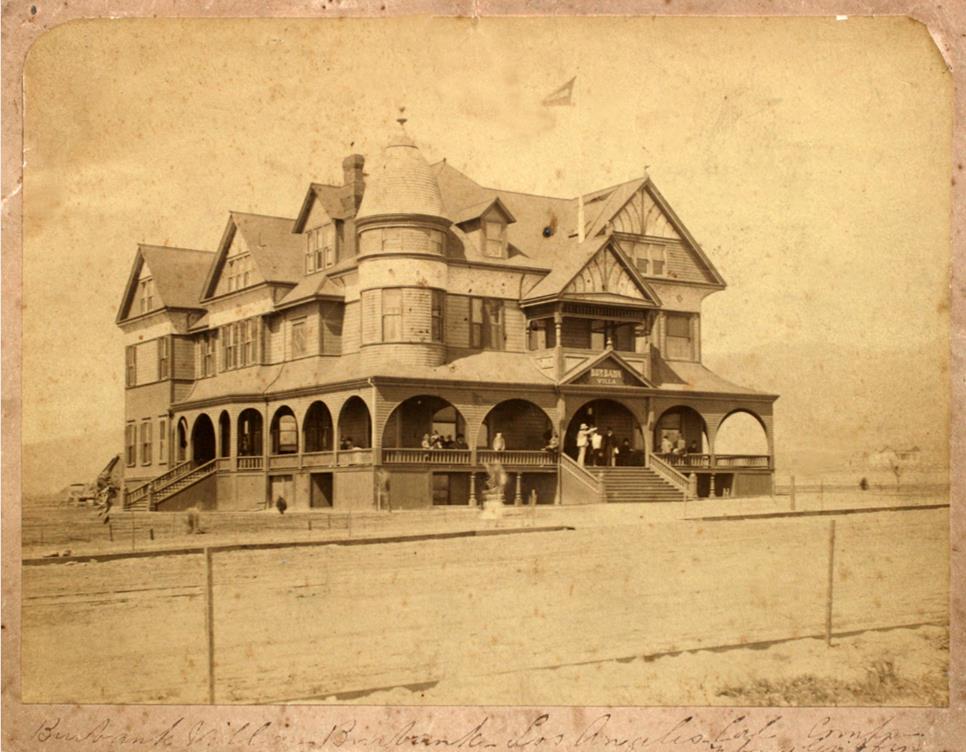 The hotel was a beautiful Victorian style building, very eye catching for the times.

Visitors received 5 star treatment and enjoyed the opulence of the building and its closeness to the train station and downtown Burbank!

Many a person loved the luxury of a stay there, one such was Actress Billie Burke known better as Glinda the Good Witch from the Wizard of OZ (1939).

Alas all good things must come to an end and the hotel was torn down before 1927. The lot sat empty until the U.S. Post Office was built in 1938. The Post Office still stands there today on Olive Ave halfway between First Street and San Fernando Blvd.

I think you will agree from the pictures that have survived that this was truly a Jewel of Burbank architecture and is a shame that the building did not survive to today. 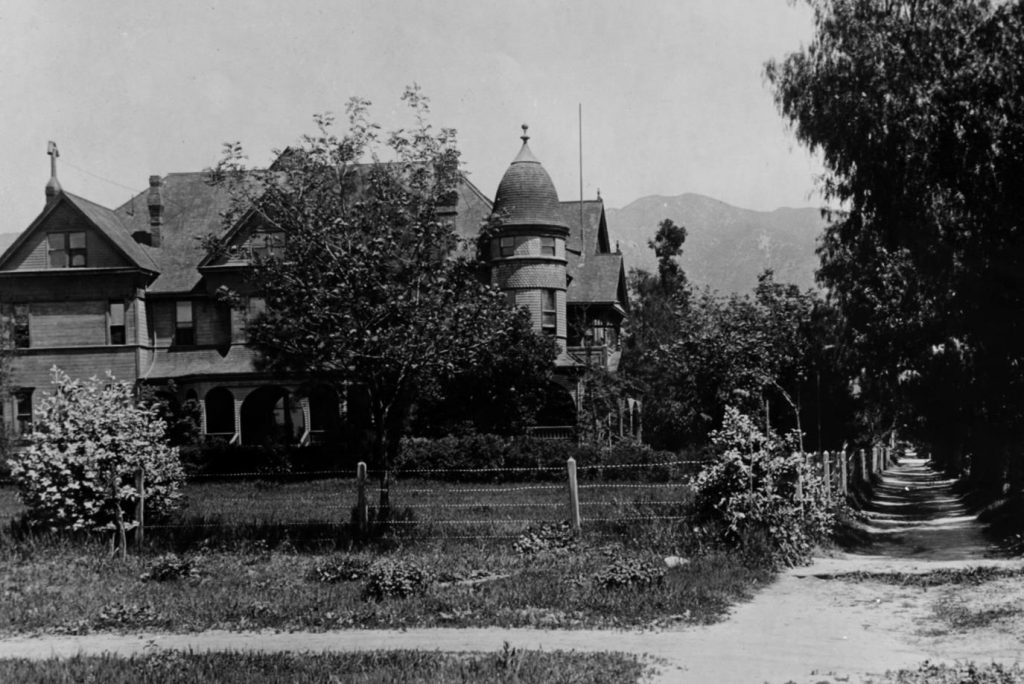