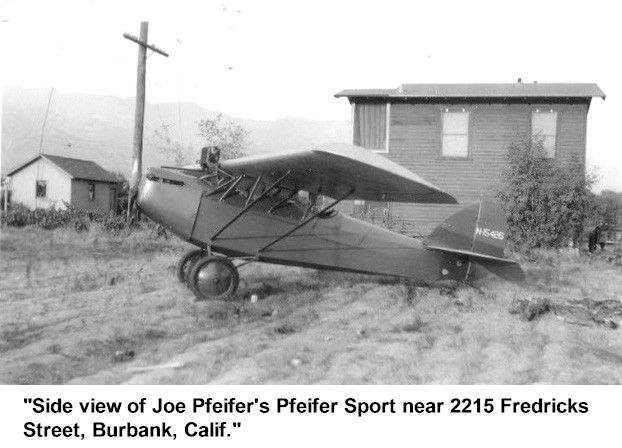 With all the talk about a new terminal being built at the airport, there was a time that your house was your own terminal in Burbank.

Everyone interested in Burbank is familiar with the fact that Lockheed Aircraft Corp. designed and built a large number of airplanes at their Burbank Plant, now the Empire Center.

However they were not the only ones building airplanes here in town.

There appears to have been a small group of Aviation enthusiasts who built small light airplanes in their backyards.

These were meant to fly from your home (or the vacant lot next door) to your friend’s house for a visit or maybe even to work.

One local backyard flyer was Joe Pfeifer. You can see a couple of his planes in the following pictures. He even used an old Ford model “A” engine to power one.

Another builder, S.H. Barnes, can be seen next to his plane, the “Barnes Special” here in town.

Too bad the trend did not catch on. 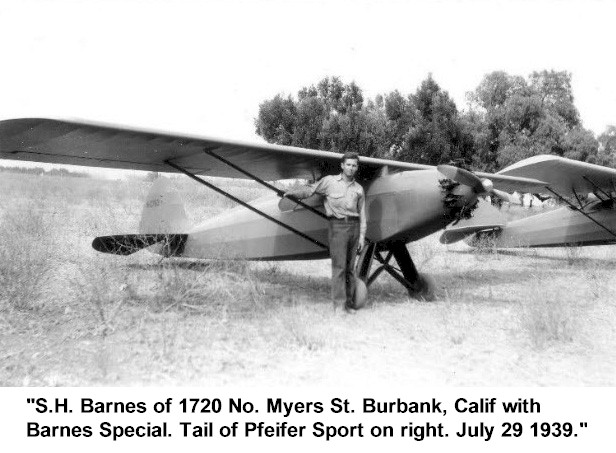 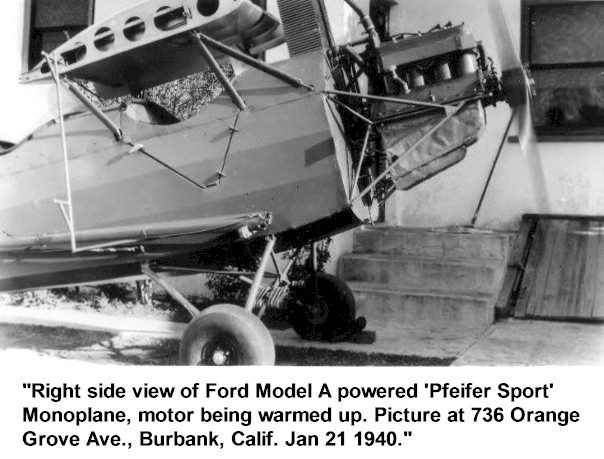