Today under the Olive Avenue Bridge there is a gleaming modern train station.

It has ample parking, and Elevator to take people up to or down from the Bridge, plenty of parking and platforms for riders to embark or dis-embark the trains with ease. Buses wait to take people to their next stop and it is a model of modern mass transportation. 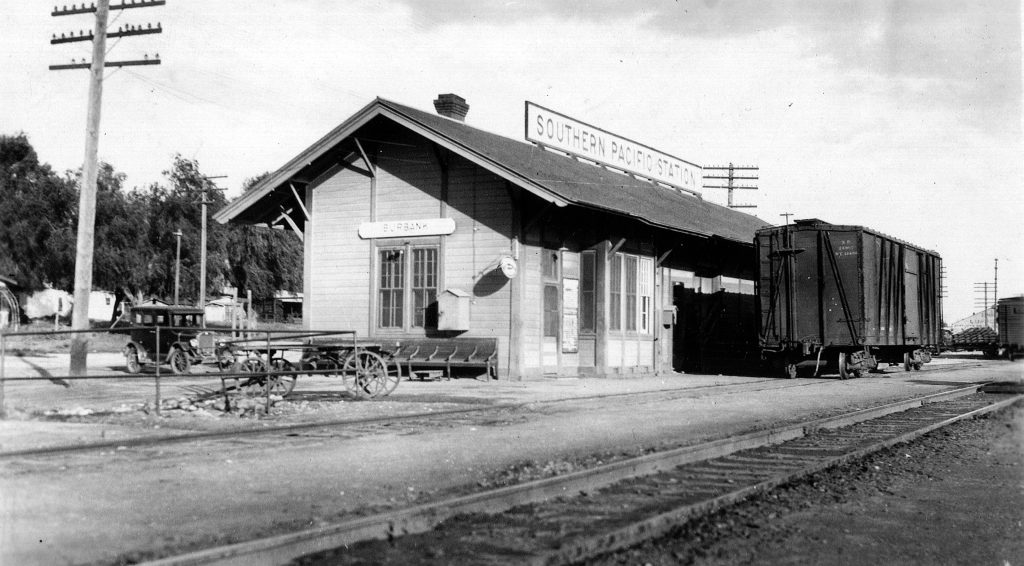 However, not that long ago an unassuming little station not much different than the ones you see in old westerns stood on the same site.

The station was placed there to accommodate prospective land buyers coming out from Los Angeles to take a buggy ride around town with Burbank’s only realtor J.W. Fawkes, whose home was just across the tracks where Borrmann Steel is today.

He was to take these buyers on a tour of the town and available properties. Hence the placement of the Station.

During the depression Burbank even had a Hobo community across the tracks where the City Public Works Yard is today. Burbank was a well known Hobo stop as many citizens would employ these riders of the rails for day work. 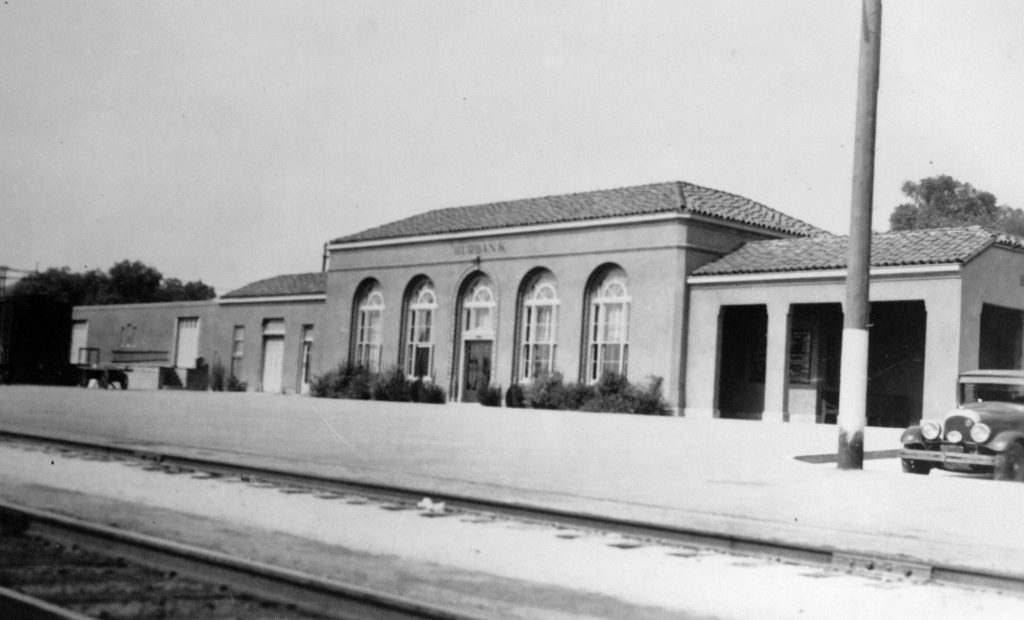 After some time and growth in Burbank the Station received a makeover with a stucco exterior and a Spanish tile roof. Then came the Golden State Freeway and the passenger trains ceased to stop here. Only freight trains with business cargo stopped in town and not always at the train station.

The station was featured in a Rita Hayworth movie “Down to Earth” and can be seen as the train passes Burbank several times in the same scene.

The station was then used by several companies for other purposes last being a chemical recycling drop off.

Then the building became vacant and some homeless had moved in and one day started a fire which damaged part of the building and the City decided it was time for a new station that could meet the needs of the modern commuter.

You can watch the Rita Hayworth clip.

The footage used for the Movie is taken along the rails from about the 134 frwy meets San Fernando Blvd. and continues to just past the Burbank train station. Click this link to see the station at the 4:06 min mark. 1946 was the year, a couple of Hobos are behind some lumber as the train passes see if you can spot them.