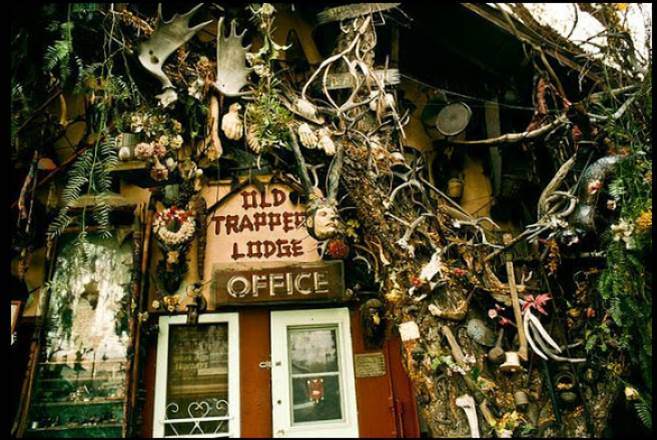 Many may remember the Legend of the Old Trapper’s Lodge, many may not, some believe it is a myth, some will believe, if they see proof. Whatever side you are on we are here to tell you that the place was real and thanks to the good people at Pierce College for preserving much of this California Historical Landmark’s Folk art is still with us. 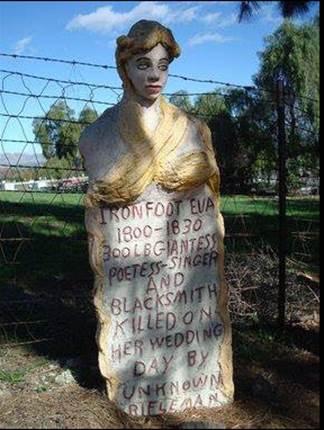 It was moved there and preserved for future generations at the College campus near their equestrian area. John Ehn was a real trapper who dreamed of creating a place with character that people could stay at and stroll through a wonderful folk art decorated setting that both entertains and recounts stories of a bygone era.

My favorite part is the Boot Hill cemetery with its colorfully worded headstones and designs.

While the Old Trapper may not have been the best artist, he poured his soul into these works of art and we are grateful that these homages to the past, and now homages to our local history are still with us to enjoy. 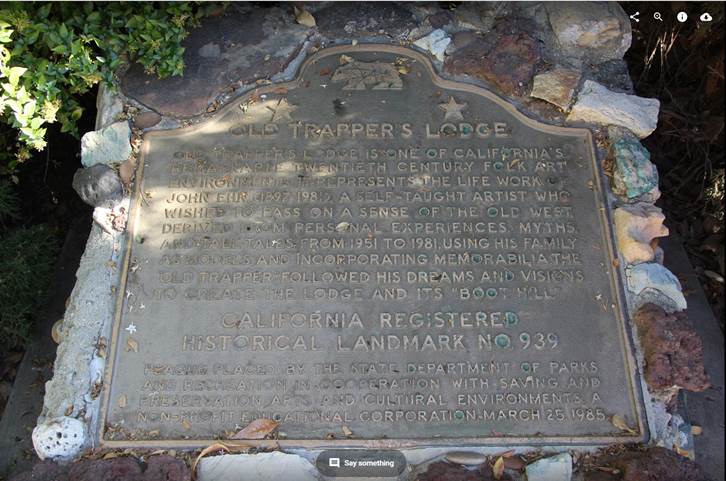 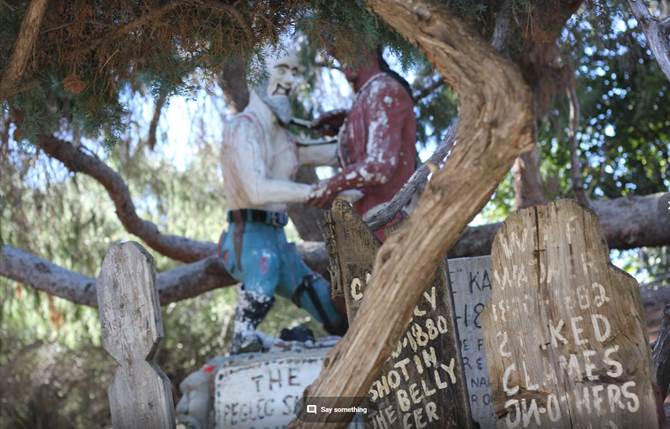 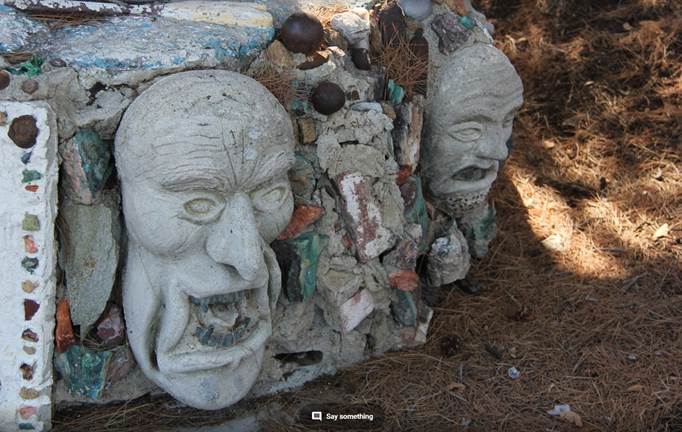 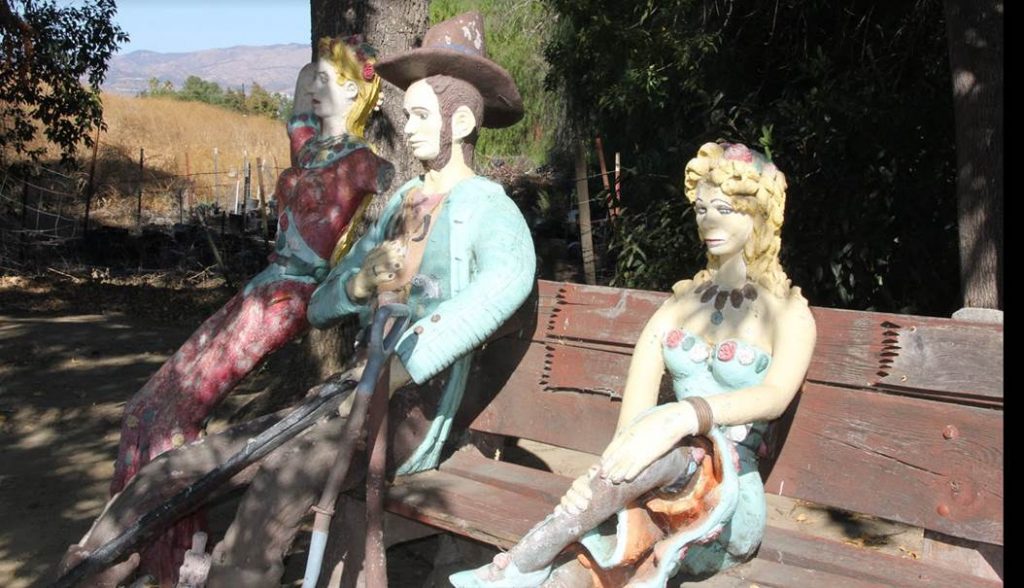 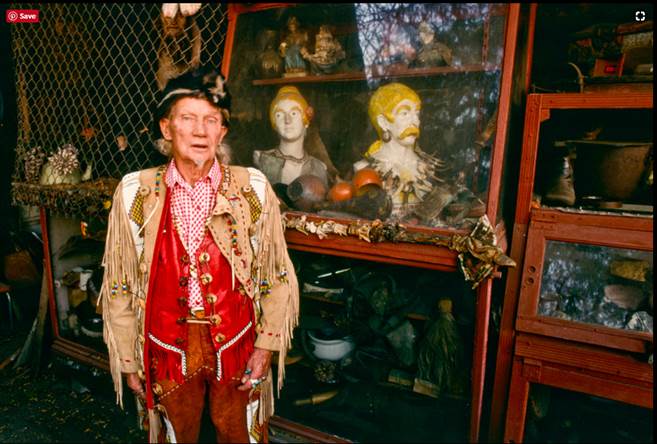