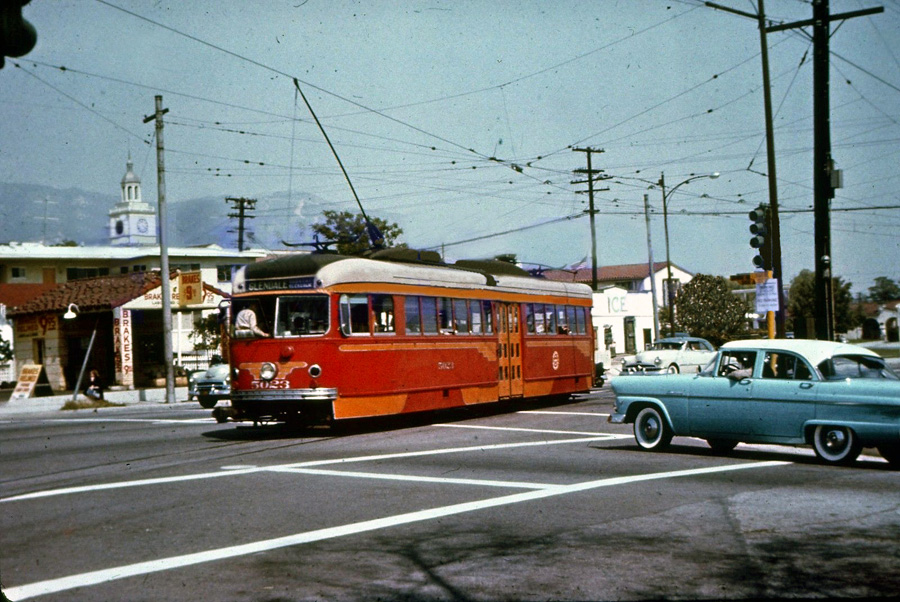 What is now the back parking lot of the Burbank Police & Fire Headquarters was once the place to be if you were going to travel to Glendale, Sun Valley, downtown Los Angeles and all places in between. 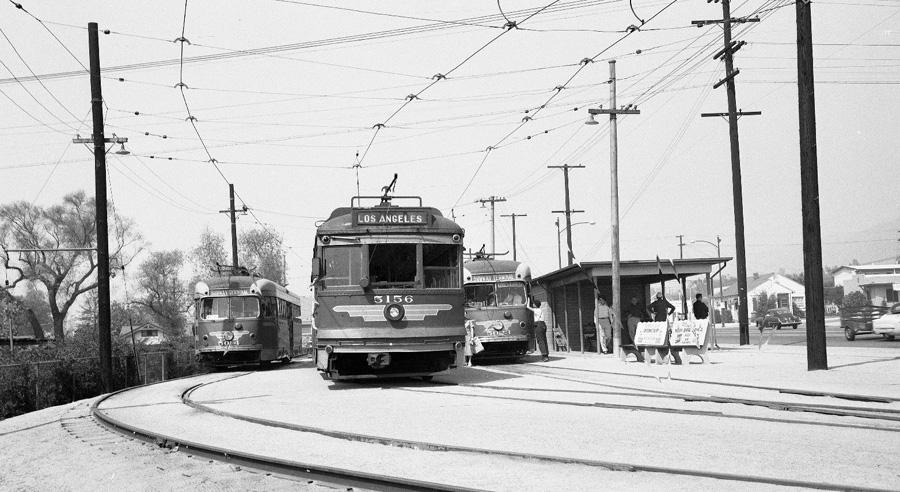 The Corner of Orange Grove and Glenoaks was the Burbank Depot for the RED CAR, the trolley system owned by Pacific Electric Railway. The Red Cars took people anywhere they needed or wanted to go in the greater Los Angeles County.

Glenoaks was the main track through Glendale and Burbank starting in the early 1900’s.

Ever wonder why Glenoaks is divided by the center greenbelt areas? Those were where the original tracks for the red car traveled between stops. The red trolleys were once a common sight amid the traffic and you could get on at the main station on Glenoaks and ride for a few cents.

But the Red Cars powered by clean electricity were overtaken by cars and the new freeway systems being built in the 1950’s. 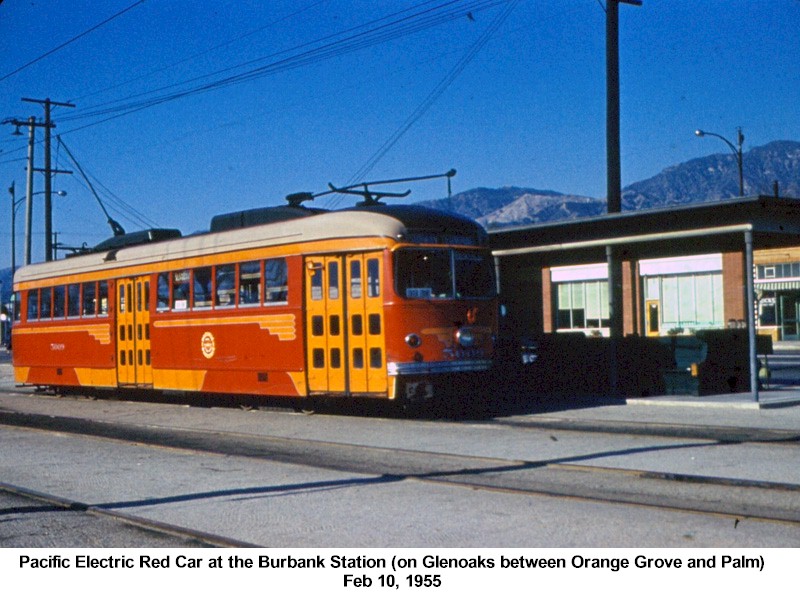 Now with the over crowded freeways electric trolley’s are making a comeback and can be seen running in the center of the 134 Freeway and other places from L.A. to Long Beach.

But once upon a time the Red Car provided Burbankers with a way to go anywhere they needed to shop, work or play in L. A.! 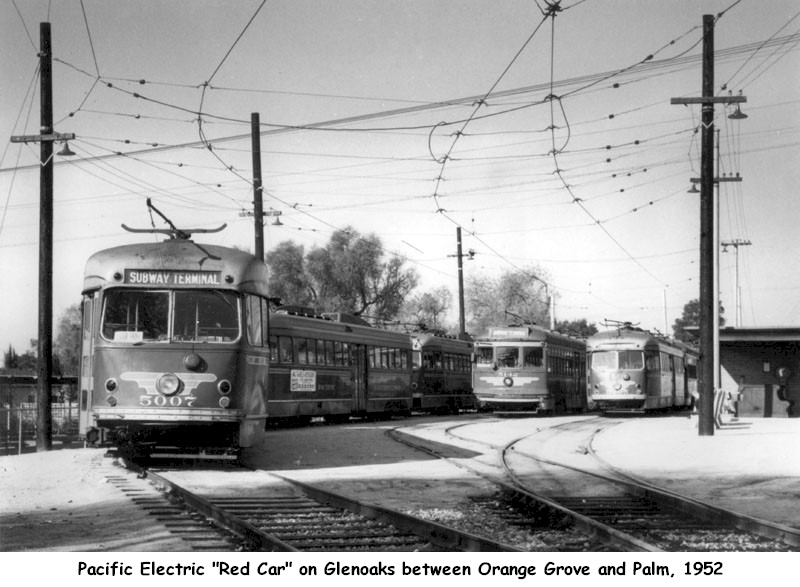 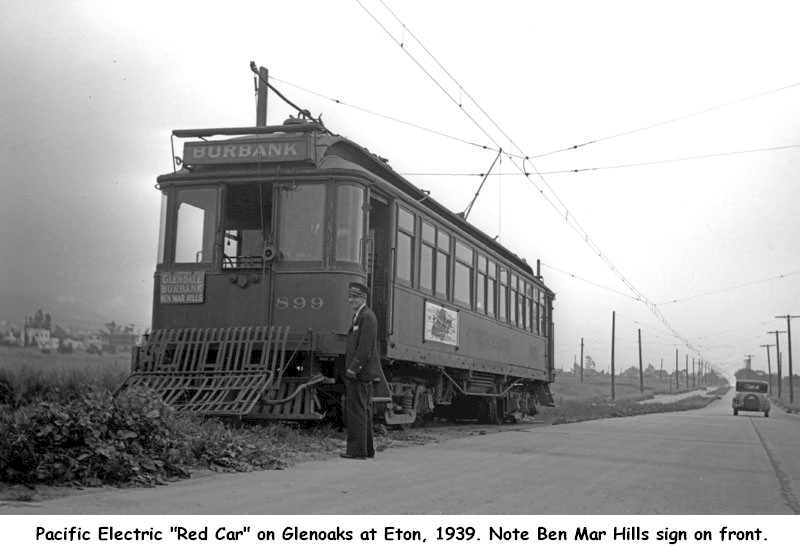 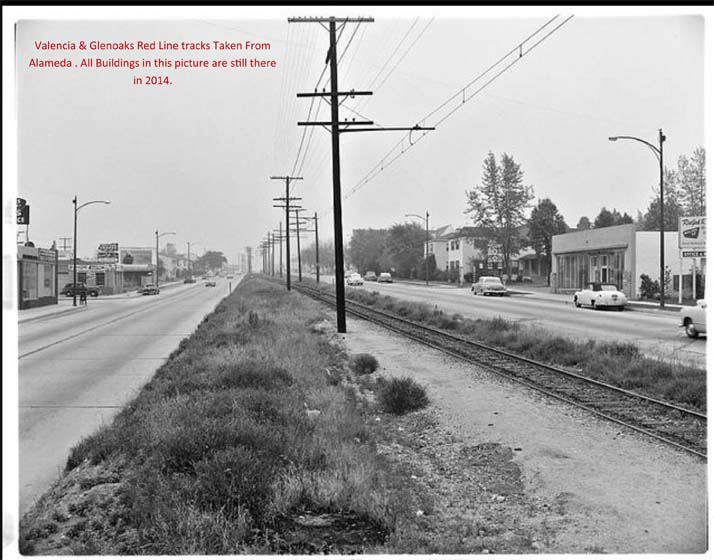 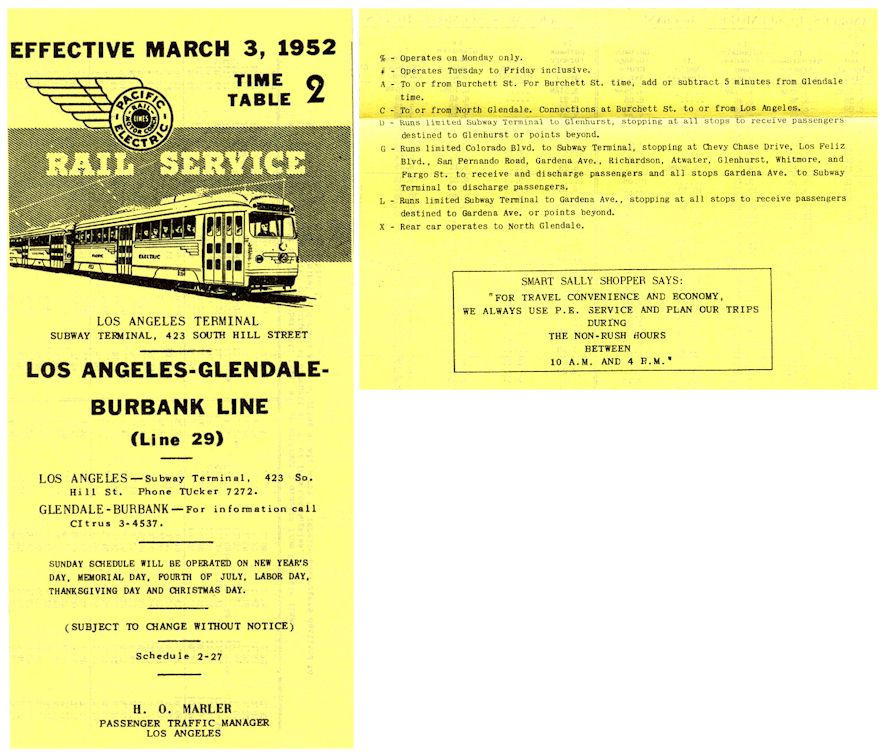