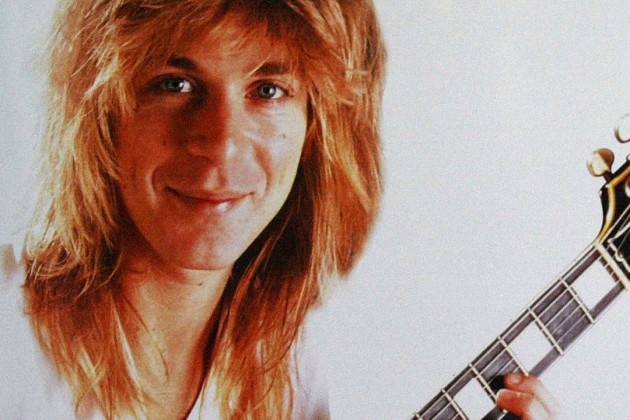 Many may know of this connection, many may not, but at a quiet unassuming Lutheran Church on Alameda and Glenoaks is a small memorial to a former student and member of the church who would go on to become a Rock and Roll Legend.

He and some friends while in school here formed a Band named Quiet Riot and played the L.A. Music scene and had a large following.

They were signed to a record deal but their first 2 records were only sold in Japan.

In 1979 Randy was called to see if he would audition for Ozzy Osbourne who was forming a new band after leaving Black Sabbath. Ozzy signed him up to be his lead guitarist right there. As the saying goes “the rest is history”.

Randy became a legendary guitarist and put Ozzy’s new start over the top. Randy’s intro to their first big hit “Crazy Train” from their first album “Blizzard of Ozz”  is still a classic and is played on classic radio and even as an intro to each baseball game at Angel Stadium in Anaheim. You can hear it here… https://www.youtube.com/watch?v=ZcoweoZ6jpM

Sadly Randy and some fellow band mates were killed in a light plane crash while attempting to “Buzz” Ozzy’s tour bus on their first American tour while in Florida.

Whether a fan or not you may wish to stop by the memorial at the church on Alameda & Glenoaks and pay your respects to this Burbank rock Legend!