Since World War One Burbank Citizens have heeded the call of our country in times of war.

We as a community have suffered loses of our young men and women in the service to keep us free from tyranny and oppression and to help free others from that oppression also.

This has come at a steep cost and many a Burbank home has known the pain of losing a loved one. The names of those who gave all are forever inscribed on the Memorial at Mc Cambridge Park that is marked by the eternal flame of remembrance. 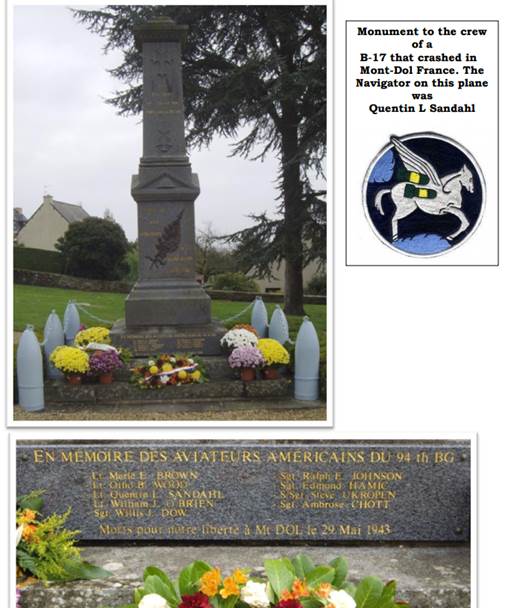 Each Memorial Day the names of those who were lost are read aloud and a Red Rose placed on their monument to assure that their names ring out in our city once again so their sacrifice is not forgotten.

In other cities in far off countries our city’s sons are also remembered each year on the day their town was liberated.

In Mont-Dol France Burbank’s Quentin Sandahl is remembered on this Monument by the placing of flowers by the local towns people.

Another such monument is in the Netherlands to Burbank’s  Warren F. Neilson by placing a wreath on the center of a propeller from his plane by the local towns people who made the propeller a central part of the monument. 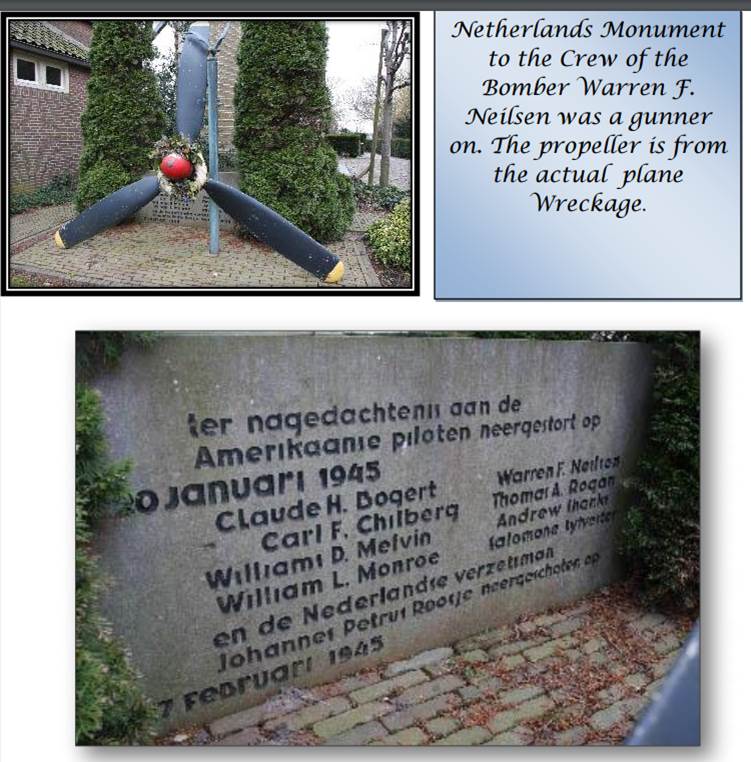 Our Burbank lost sons are remembered in many other places across the globe too numerous to mention here.

Let us however this memorial day locally pause and remember those whose days were cut short so ours would be long and free of oppression from evil.

If you are local please come to the Mc Cambridge Memorial at 11 am Monday to take a few moments out of your long weekend to honor those from our great town who gave so much for freedom. It is a small way to remember their sacrifice that their names will be in your memories as we celebrate them this weekend.