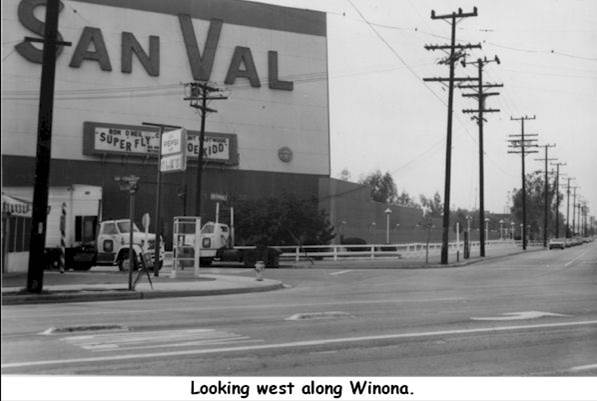 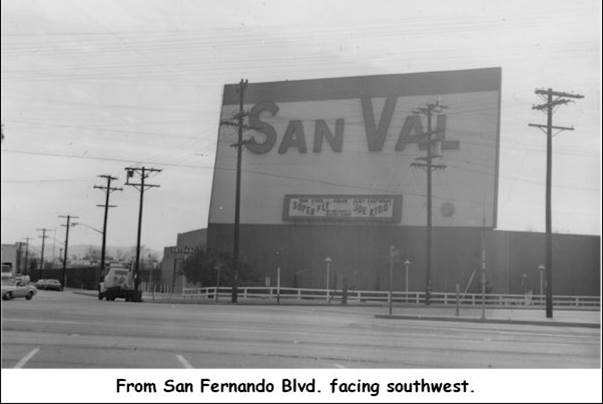 Most people remember the Pickwick Drive in Theater, but lesser known on the opposite end of town was the San Val Drive in. 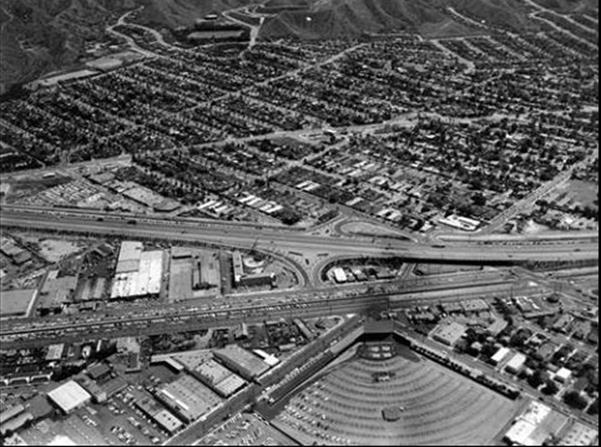 Located on the triangular corner where Winona & Naomi meet San Fernando Road. In the early days of the 1930’s and 40’s this theater used bullhorns instead of speakers to get the sound near your car meaning you had to leave the windows down.

During WWII the theater was painted in camouflage colors to disguise it from the air. It was also very close to Lockheed and the Airport, hence the need for the camouflage  paint scheme. 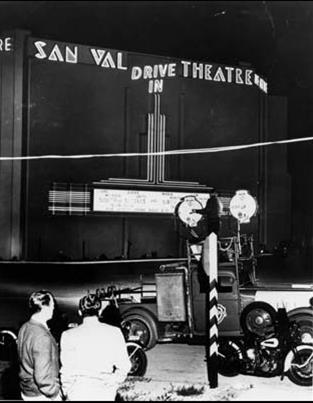 This was a very popular drive in as it had people from north Hollywood & Sun Valley attend also making it packed on most weekends.

Sadly, as with most drive in theaters, the San Val went the way of the Pickwick but we have many photos of this once great Burbank Drive in. 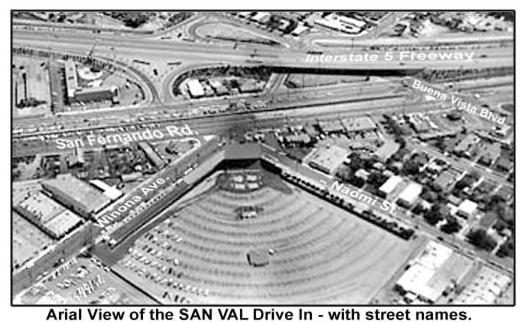 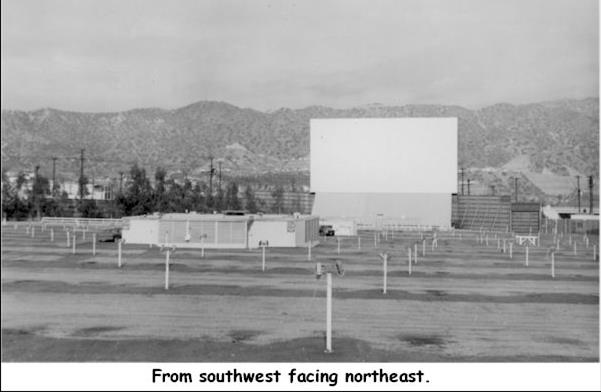 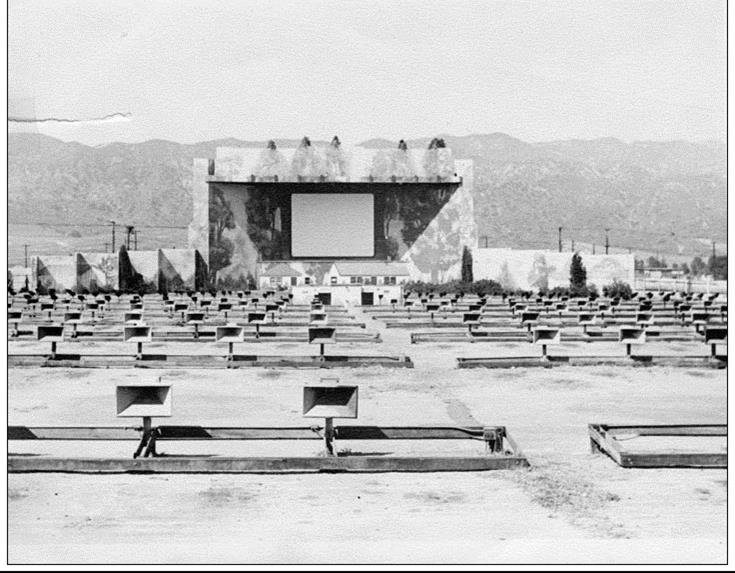 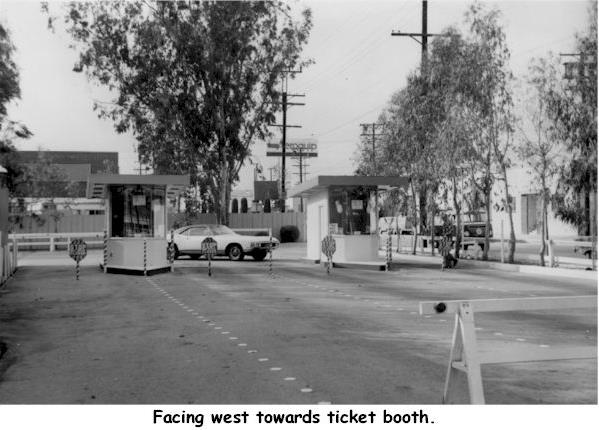 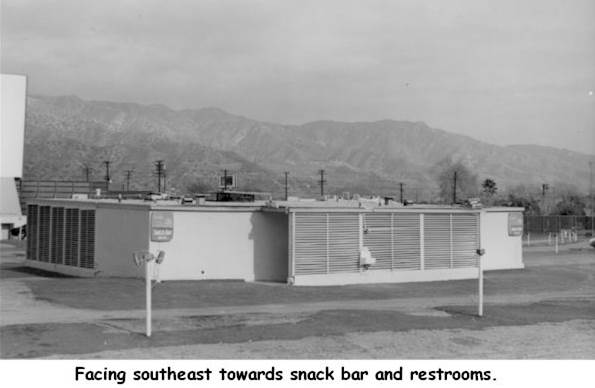