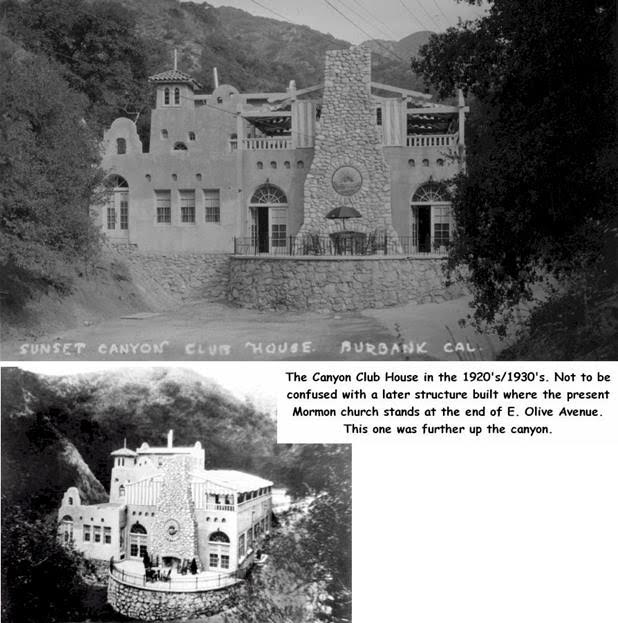 Before DeBell golf course there was The Sunset Canyon Country Club.

The club was a golf course and retreat up Country club Drive at the top of Olive Ave. In the early 1920’s the club was the place to be in Burbank. 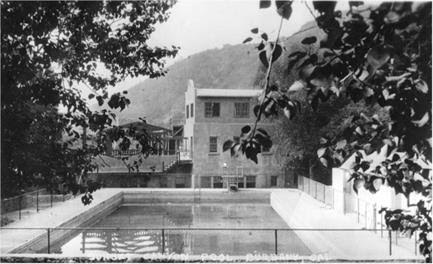 The country club itself was a stunning Building. The building was also backed by an Olympic size swimming pool. After the 1927 flood disaster, the country club folded. The property was broke up and sold.

The Building was to be turned into a home later occupied by Johnny Weissmuller because of the pool. Later due to flooding, The City of Burbank plowed the houses and country club under to make a spillway dam. 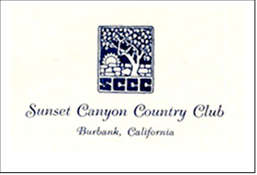 Today if you like to hike a little you can see the area and the old foundations as well as the pool which is just filled in with dirt. 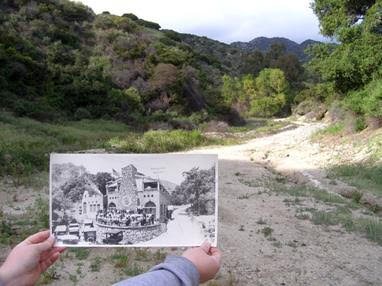