Former Burbank Mayor and three-term City Councilman Leland C. Ayers has died.  He died Monday, September 2, at his home in San Marcos,in the northern San Diego County area, after a lengthy illness..  He was 80 years old. 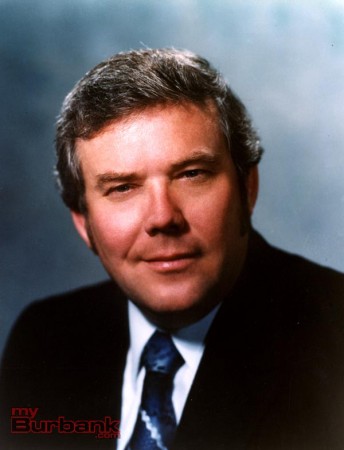 Leland C. Ayers was first elected to the Burbank City Council in 1973, when he and two other upstart candidates, Vince Stefano and the late Bill Rudell, challenged and defeated three incumbents.  He was re-elected two more times, in 1977, and 1981.   After leaving elected office in 1985, He served as one of Burbank’s commissioners on the Burbank-Glendale-Pasadena Airport Authority.

Among his many accomplishments while serving on the city council was the binging of paramedic service to Burbank.  He was tireless in his efforts after being elected, to have the Burbank Fire Department start the service.  Although it is unimaginable today to think of the Burbank Fire Department not having paramedics and rescue ambulances, Leland Ayers’ efforts met some opposition.

“There was opposition to having paramedic service, especially from the city manager because of the cost factor, “ noted Vince Stefano, “But Lee Ayers was a persistent guy and he finally got the paramedics.”

Ayers was also fully behind the efforts for the City of Burbank to buy the Lockheed Airport, now Bob Hope Airport.  Where other may have been reluctant, Ayers was keenly aware of the economic value of keeping the airport open.   A private pilot himself, he kept his personal plane at the airport for many years.

A successful businessman, Mr. Ayers was most notably involved with two of his businesses locally, Burbank Plumbing Supply, and Glendale-based Tooltronics, Inc.  He was also involved with airport property management at the Carlsbad Airport in his later years after moving from Burbank.

Mr. Ayers is survived by his wife, Joyce, and son Christopher.

Funeral services and internment will be held on Monday, September 9, at 10 a.m. at the Eternal Hills Cemetery in Oceanside.  A visitation and viewing is schedule for Sunday from 4 – 8 p.m. at the cemetery and mortuary, which are located at 1999 El Camino Real, Oceanside.   Condolences may be left at the cemetery’s web site: www.dignitymemorial.com/eternal-hills-memorial-park.