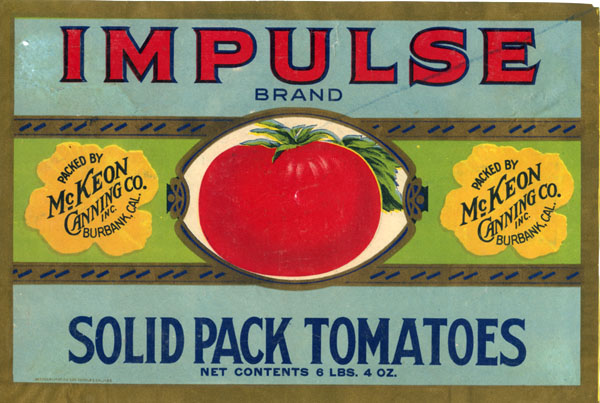 From the early 1920’s to the late 40’s early 50’s you could walk down the canned goods isle in your favorite super market and find all sorts of fine canned food items from Burbank’s McKeon and Libby canning companies.

Both were located near the Railroad tracks for ease of shipping their products to the rest of the U.S. and also local retail stores.

Much of the Produce grown locally was sold to the canning companies for processing and canning. A Win-Win for local farmers and the companies packing the goods in cans.

Burbank Brick Oven Baked Beans were “Just like Grandmother Used To Make!” said the young girl on the back of the label. It was also recommended to be eaten with their canned Brown Bread! Yum! 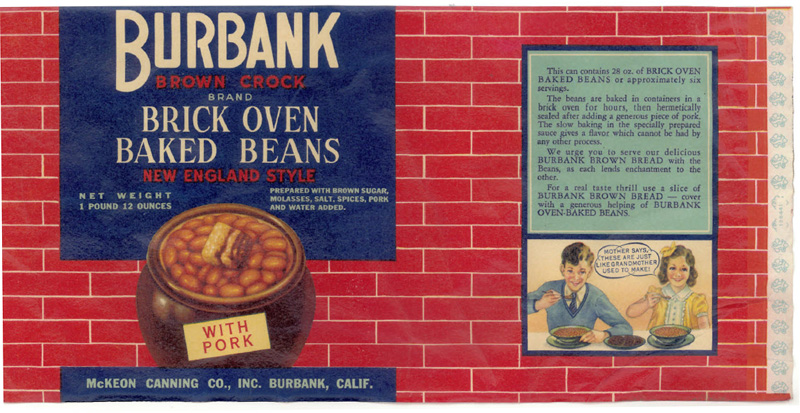 Libby Canning had their plant on the railroad tracks on Verdugo road and McKeon was near the tracks at Alameda Ave. Both produced products that were good and desired by shoppers across the country.