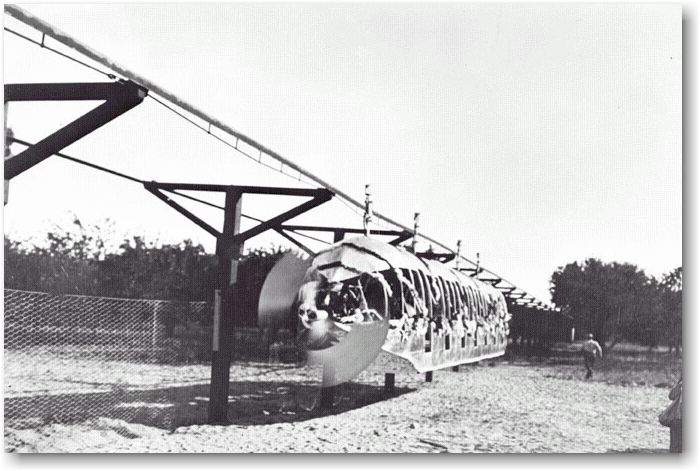 Chances are you have never heard of J.W. Fawkes or his invention the “Aerial Swallow”, but both were ahead of their time.

Mr Fawkes owned the property from where Bormann Steel is now along Olive Ave to Victory Blvd. He was a futuristic minded individual who took on the task of Public Transportation over 100 years ago with his Monorail “The Aerial Swallow”.

He built a running prototype for his invention on his property that ran the length from the train tracks to Victory Blvd. He obtained patent’s for the machine and the idea of a monorail system.

He proposed that the system run from Burbank to Downtown L.A. and also to Santa Monica.

With modern concerns about traffic and crowded freeways, this was a mass transit Idea that would have relieved many of the traffic woes we have today.

But remember he thought and built his invention and had it working in 1911 long before the first Freeway was even an Idea.

Today’s Flash Back Salutes J.W Fawkes, A Burbanker and a visionary Man, years ahead of his time..

News Devin Herenda - January 24, 2022 0
On Tuesday, Jan. 25, the Burbank City Council will receive an update on the transition of oversight of the Burbank Animal Shelter.