Editors Note: This Friday we start an exciting new feature on myBurbank, Flashback Friday. We went to two of the best historians that run the extremely popular Burbankia website. Each Friday they will highlight a different aspect of Burbank’s past and help bring back some great memories or teach you something you may not have known. We would love to welcome Burbankia Mike and Burbankia Wes! 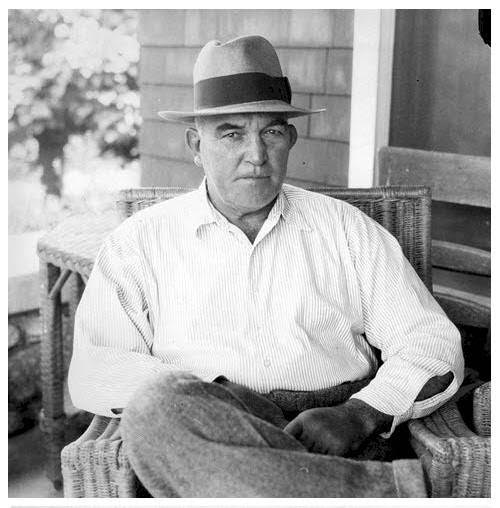 James Jeffries was Burbank’s first celebrity – before Warner Brothers, Disney or Lockheed, Mr. Jeffries put Burbank on the map. He retired undefeated as the World Heavy Weight Champion  in 1905. His nickname was the “Boilermaker,” after a job he held as a youth.  A friend asked him to help bail him out on his ranch in Burbank and so Jeffries bought the 107 acre ranch that stood at the corner of Victory Blvd. and  Buena Vista.  He planted alfalfa, but that year the price dropped and he would have lost money harvesting it. So he bought cattle to eat the alfalfa and this led to prosperity.  He became the foremost supplier  of thoroughbred bulls in the country.  Many were sold to Mexico and South America, making this Burbank’s first foreign trade export.

When McDonald’s imported its beef from South America a few years back, these could very well have been descendants of those Burbank bulls! 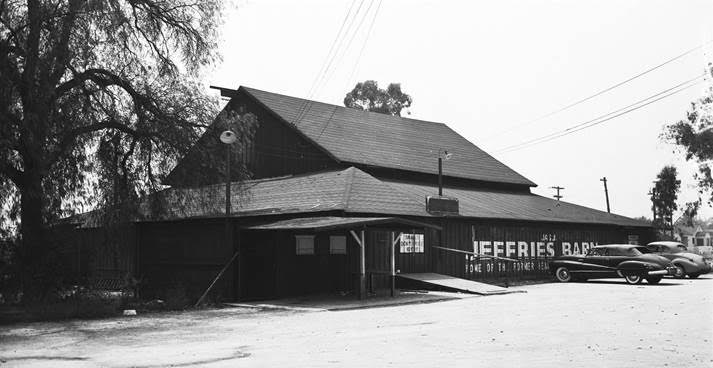 Jeffries also began promoting boxing and wrestling matches each week in his barn, converted into an arena. He established a San Fernando Valley Boxing association and published a newspaper called the Boxing News, as well as a newspaper for wrestling. People came from miles around to see the matches at “The Barn.” Jeffries was also an avid animal activist promoting dog shows and is seen in pictures many times with animals.  He also promoted rodeos for the Burbank Elks Club that took place on his large ranch. These were huge events  in Burbank.

James  J. Jeffries was a larger than life Burbanker! When Mr Jeffries died there were large lines of people who filed through his home to pay their respects as he laid in state for two days. His barn was later disassembled and taken to Knott’s Berry Farm, where it can be seen today with a display of Jeffries-related memorabilia on the wall inside the door.