Sequoia and Kings Canyon National Parks are two iconic public lands that draw visitors from all over California, the country and the world. While summer is the most popular time of year for a visit, the parks attract people year round.

From Cedar Grove and Zumwalt Meadow in the northeastern reaches of Kings Canyon, to Moro Rock’s breathtaking view of the Sierras in the southern part of Sequoia, the two parks provide 1353 square miles of wilderness and varied terrain to enjoy. Sequoia is the home of Mt. Whitney, the highest point in the contiguous United States at 14, 505 feet. 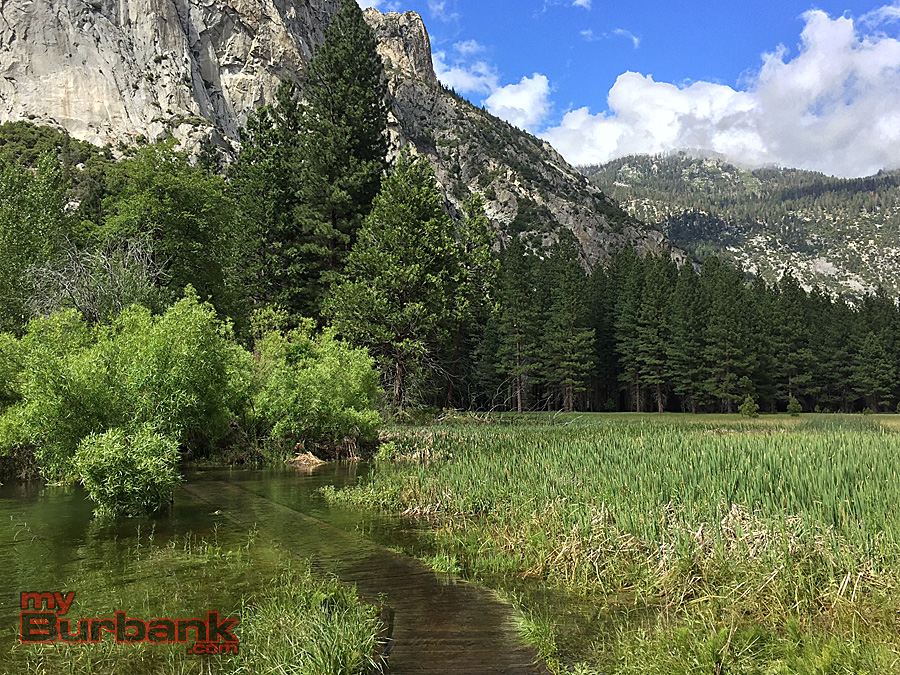 The visitor centers in Sequoia and Kings Canyon are both at about 6500 feet elevation. Acclimating to the higher elevations is important, as is staying hydrated.

After a twisty turny drive into the parks, from the south or the west, one can make the scenic drive along the Generals Highway, a 32 mile stretch of paved road that connects the two parks.

Lodgepole Village is a good base from which to explore, with a cafe and a general store, a ranger station, laundromat and showers. The fairly easy hike to Takopah Falls begins just east of the Lodgepole parking lot. 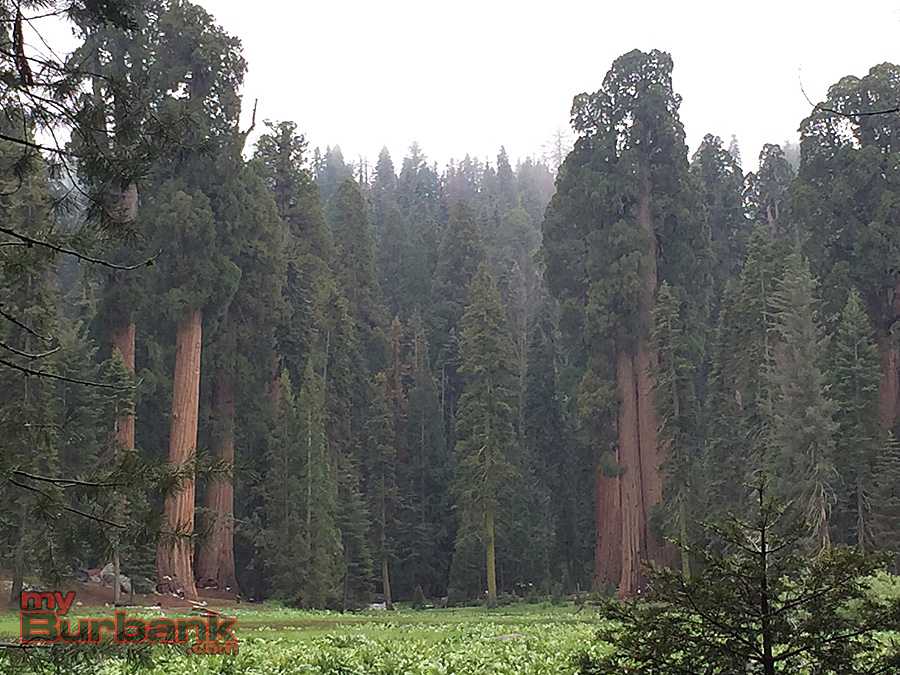 Sequoia and Kings Canyon are home to a lot of wildlife, including black bears (which come in brown and cinnamon colors too), pesky marmots, mountain lions, snakes and deer.

Even in summer, a few inches of snow can accumulate in these higher elevations, so carrying chains year round really is a must.

More information on Sequoia and Kings Canyon, including day hikes, facilities, camping and lodging in the park, can be found here. The parks are open 24 hours a day, 365 days a year. For a nominal entrance fee of $30 per vehicle, good for one week, the exhilarating High Sierras and the great outdoors is just a few hours away.

The Kings River winds through the Sierra Nevadas.(Photo By Lisa Paredes)

Summertime in the Sierra Nevadas can bring snow storms. (Photo By Lisa Paredes)

The view east from the top of Moro Rock. (Photo By Lisa Paredes)