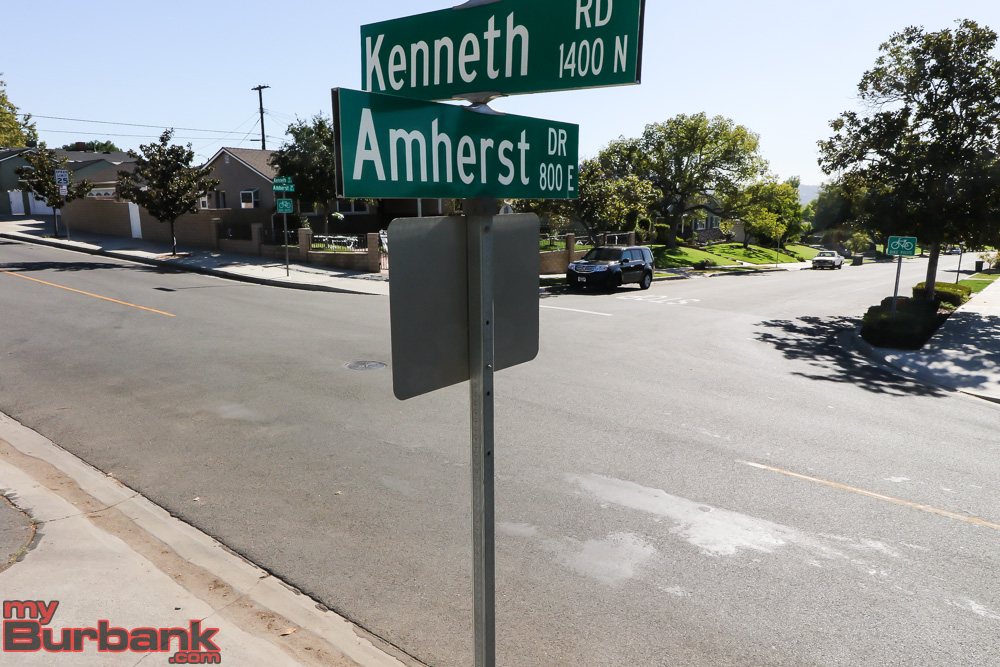 On October 10th, a hit and run was reported at Amherst & Kenneth. A family dog was killed after a vehicle, described by witnesses as a black C300 Mercedes with no plates, sped through the otherwise quiet neighborhood.

The dog, a 10-month-old rescue, was killed by what witnesses describe as a speeding motorist who did not stop after the impact, ran through a stop sign, and has since not been back to offer condolences.

According to the dog owner, and Burbank resident, Ingrid Moss, she and her neighbors talk “consistently” about the speeding problem. “There has been so much speeding especially right before/after school and after 9:00 pm. It sounds like at times race cars are driving down our street. My teenager even mentioned that there is just too much speed on our street and she is concerned.”

Residents have reached out to city leaders, often suggesting the installation of speed bumps within problem neighborhoods. According to these residents, the city refuses to install speed bumps because the roads don’t meet the proper grade, meaning, the road needs repair work before speed bumps are considered an option. That delves into a deeper problem as the city’s infrastructure is currently up in the air due to budgetary concerns.

In an effort to reach out to the driver of the speeding car, Ingrid Moss had this to say: 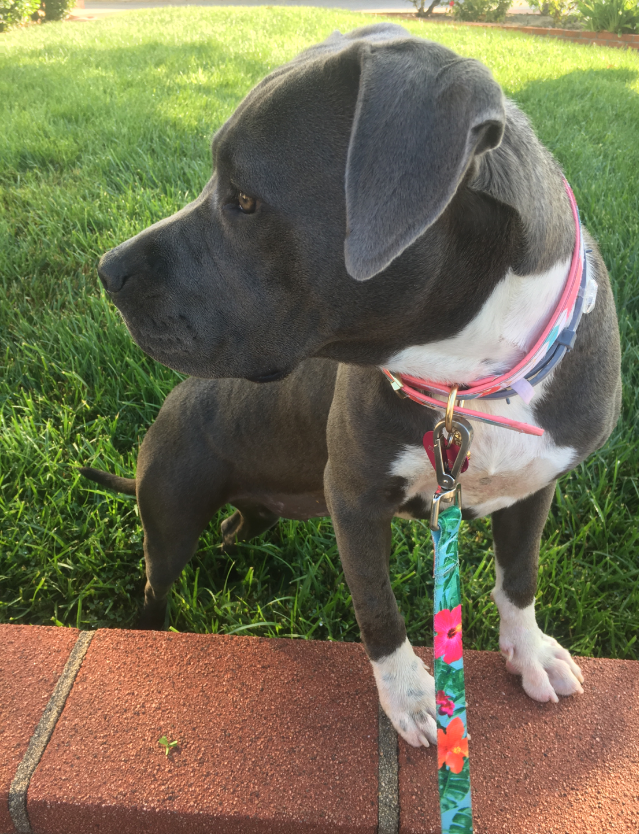 “To the woman who was driving the car, please confess that you hit our puppy. We completely

understand that it was an accident and don’t want to press charges if you confess, apologize and learn from this accident.  Losing our dog to someone who just doesn’t seem to care that she killed our puppy makes her death much worse. My kids are having a really hard time understanding why someone would hit our dog and leave the scene, not even say sorry.  It’s hard as an adult to understand why you did not do the responsible thing and stop. Please let us know from your point of view what happened and why you did not stop.

I would also say, slow down and pay attention! Please learn from this accident and do not ever do another hit and run. Hopefully, you won’t, but if you hit another animal or car, be responsible and stay at the scene.”

The Burbank Police Department has issued a statement, saying that the department “makes traffic enforcement and the safety of motorists and pedestrians along our roadways a top priority.” Furthermore, the department states that they have “initiated a ‘zero tolerance’ and ‘letter of the law’ enforcement effort when it comes to reckless driving, exhibition of speed, street racing, or any other driving act which places the safety of the public in danger on or near our roadways.”

If you’d like to read the full statement provided by the Burbank Police Department, you can find it below:

“The Burbank Police Department makes traffic enforcement and the safety of motorists and pedestrians along our roadways a top priority.  As a Department, we field dozens of traffic complaints each month in all areas of the city.  Our dedicated Traffic Bureau, comprised of uniformed motorcycle officers, as well as our Patrol Division, are committed to increasing safety and awareness on our roadways while reducing the number of traffic collisions within the City of Burbank through ongoing education and enforcement.  Efforts have included targeted enforcement at or near high-accident intersections, grant-funded campaigns such as “Click it or Ticket” seat belt enforcement and DUI checkpoints and focused patrol saturation and enforcement in areas subject to complaints or prone to traffic issues.

Over the past year, the Burbank Police Department has listened to the community’s frustrations and concerns over reckless driving and speeding citywide.  The majority of these concerns have come from residents living along the Burbank hillside.  In response, the Burbank Police Department initiated a “zero tolerance” and “letter of the law” enforcement effort when it comes to reckless driving, exhibition of speed, street racing, or any other driving act which places the safety of the public in danger on or near our roadways.  Examples of this have included numerous vehicle impounds, arrests, and citations issued for these types of flagrantly reckless violations, in addition to other moving and equipment violations.  Impound fees, fines, and administrative expenses associated with these violations can cost a driver and/or registered owner of a vehicle hundreds, if not thousands of dollars.  The Burbank Police Department is also committed to seeking successful prosecution against any and all drivers who jeopardize the safety of the public by driving dangerously on our roadways, in violation of the law.  In cases against violators, especially those which involve collisions, police officers rely not only on their own observations but the observations of witnesses and footage from intersection cameras, which often capture overt acts of reckless driving and can be used against violators in court.

The Burbank Police are confident that our ongoing enforcement efforts and education will continue to mitigate the issues of speeding and reckless driving not just on the hillside, but citywide.”