In a project expected to last 14 to 16 months, crews will close Burbank Boulevard between San Fernando Boulevard and Front Street with a subject-to-change start date of Friday, February 14, My5LA has announced.

A team will be demolishing then reconstructing the Burbank Boulevard Bridge over Interstate 5, during which the area will be completely shut off at all times to cars, pedestrians, and bicycles. The final result will be a new bridge with more length and width, bicycle lanes in both directions, more efficient ramps, and a reduced curve to enhance safety.

The project is a continuation of improvements for I-5, which began in 2014 with renovations at Buena Vista St. and the construction of the I-5 Empire Avenue interchange. These plans have been in the works since the late 1990s, and this Burbank bridge venture is the final step for adding carpool lanes between the 134 Freeway and Highway 14. Funding has been provided through Federal, State, and Metro funds, with an additional $4.5 million in Development Impact Fees being contributed by the city of Burbank.

With the announcement of this renovation, local administrations will be taking precautions in order to adjust. 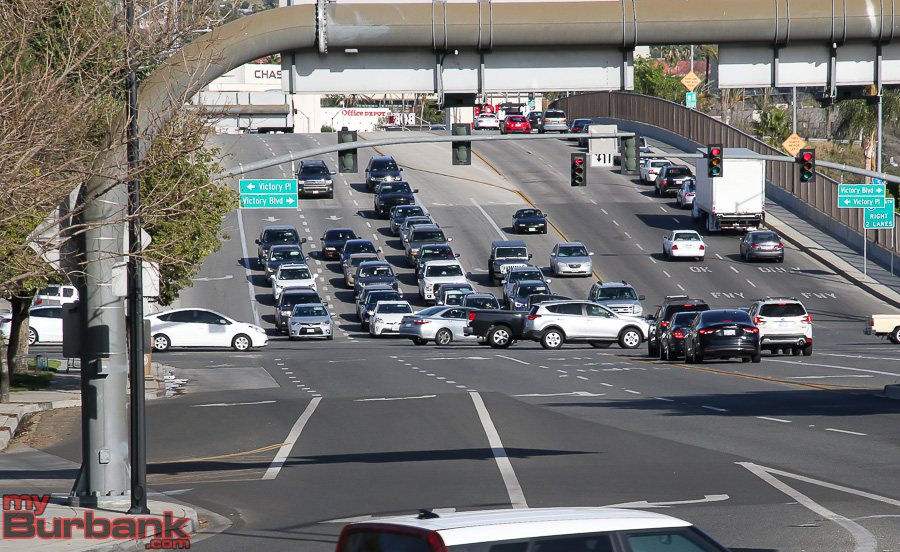 Crews plan to start reconstruction on the Burbank Boulevard Bridge starting on Friday, February 14. (photo by Ross A. Benson)

The Burbank Fire Department also has a system in place to adapt to closing near the bridge.

“The Burbank Fire Department will adjust its Fire District boundaries accordingly to account for the closure,” said BFD Battalion Chief John Owings. “Additionally, Burbank Fire Units are dispatched using Automatic Vehicle Locators (AVL) to quickly identify the closest available unit to the incident location. These protocols will ensure that most appropriate resources are dispatched in the timeliest manner possible.”

Furthermore, crews will provide helpful signals to assist Burbank locals regarding which routes will be open during the project.

“Detours will be provided. Signs will be posted to indicate the route. Helpful information also will be available on the project’s website, My5LA.com, and on the project’s Twitter account, @My5LA,” said Caltrans Public Information Officer, Michael Comeaux. “During the bridge demolition and reconstruction, nine freeway crossings, including five freeway interchanges, will remain open and accessible to serve Burbank.”