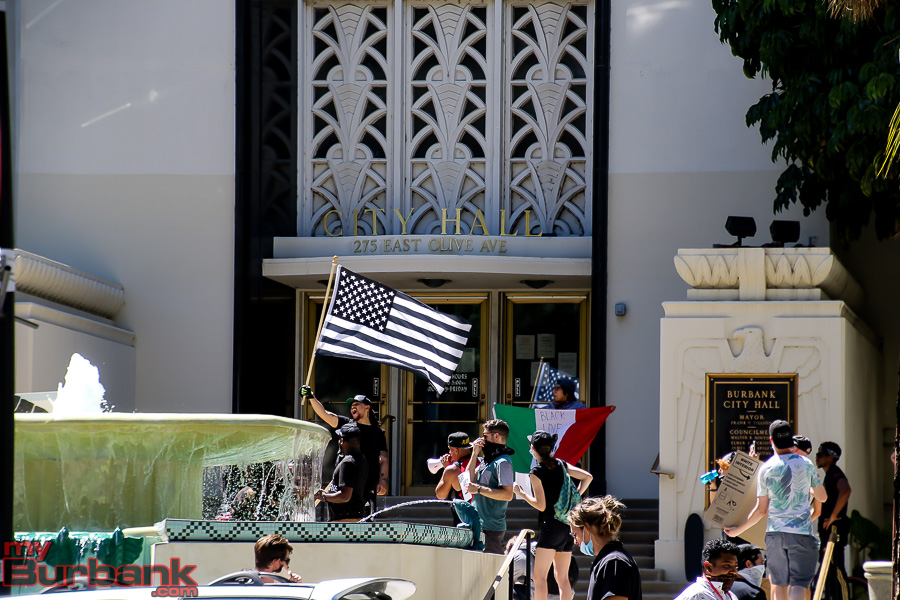 Protestors gathered in the Empire Center Tuesday afternoon at times dancing and chanting, with many of the common sayings, Black Live Matter, I can’t breathe and others. The protest departed the Empire Center and proceeded south on Victory Blvd with about 150 to 200 protestors. The Burbank Police blocked lanes and the intersections for the protestors to march.

The group continued to Magnolia Blvd and headed East over the Magnolia Overpass with protestors walking some on bicycles with a couple of support vehicles in tow.

They marched on to Burbank City Hall where they gathered and had a couple of speakers make statements the gathering went to their knee and then departed heading off to The Burbank Police Station where again they stopped a couple of speakers addressed the crowd again went to a knee and then headed by to the Empire Center. The Burbank Police made sure the roads remained safe for the marchers to make it back to the Empire Center safely.

Here is a gallery of photos from the event.