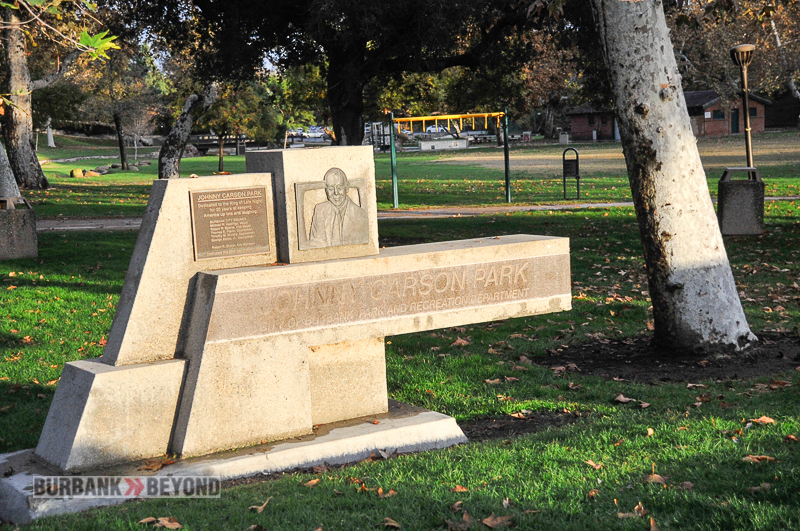 Plans to redesign popular, but aging Johnny Carson Park in Burbank will received a significant boost thanks to more than $1.7 million dollars in grant money from the State of California.

The California Natural Resources Agency held a ceremony in Sacramento this past Wednesday (Nov. 28), at which time it awarded $34 million to 33 river parkway projects around California.

Johnny Carson Park will receive $1,780,000 to restore an existing 885-foot storm water channel to a natural creek and create eight acres of habitat with a one-half mile ADA accessible creek side loop trail.

“This money will go a long way in the much needed renovation of Johnny Carson Park,” says Judie Wilke, Director of Parks, Recreation and Community Services for the City of Burbank. “Park users will be able to enjoy the parkland’s natural habitat in addition to the other amenities including, the playground, performance stage, picnic area and pedestrian bridges.”

The renovations to the 17.60 acre park that borders Bob Hope Drive and State Route 134 are in the design phase. More information regarding the proposed redesign from the City of Burbank website,

Johnny Carson Park is one of the largest and most utilized neighborhood parks within the City. Throughout the park’s history, the site has lost and gained several acres. Currently, the park stands at 17.60 acres and approximately 8.75 acres of the park are City-owned. The park also provides extensive local, regional, environmental and social benefits.

The current amenities offered at this park include: a picnic area; an outdoor exercise course; a playground; a drainage channel (streambed); two pedestrian bridges; a small performance stage; restroom facilities; an abundant amount of mature trees; and vast areas of shaded green passive open parkland. These amenities make this facility quite popular with the community. The park’s topography and potential for streambed restoration provide some very exciting opportunities for sustainability-driven improvements.

In order to operate and maintain the park’s infrastructure in a way that balances the sustainability goals of the City Council, the City is currently undergoing an effort to renovate the interior core of the park. The project will focus on improving energy efficiency, water efficiency, public access and will employ current design practices that are geared toward long-term sustainability, while still serving the community’s recreational needs.

The City has applied to four sperate grant applications sponsored by the State of California, Department of Parks and Recreation (State) to help offset development costs associated with the redesign of Johnny Carson Park. The City was recently notified by the State that the City’s Land and Water Conservation Fund (LWCF) grant application has been recommended to receive an award of $265,000 in grant monies.  The City’s LWCF grant still needs to be formally approved by the National Park Services. It is anticipated that the approval process could take up to three months before the City receives a fully executed agreement.

The project is currently on a hiatus for the next 120 days while, staff awaits for the formal award to be made on the LWCF grant along with the notification of awards to be made on the remaining outstanding grants that have been submitted. Furthermore, with the recent dissolution of the City’s Redevelopment Agency, the initial funding earmarked towards this project has been eliminated. The City is currently exploring creative methods to fund this beneficial and worthwhile community project.

Through the Fiscal Year 2012-2013 Budget process, the Burbank City Council has approved funding for the removal and replacement of playground equipment at Johnny Carson Park.

Through an ongoing community planning process, the design firm of AHBE Landscape Architects with input from various community leaders, Burbank residents, business and City staff has proposed the following options for the redesign of Johnny Carson Park:

Option A
Design concept based on a site loop walk experience that becomes a journey through spaces representative of southern California landscape typologies. By connecting the northern ends of the existing main walkways, a complete loop walkway presents opportunities for walkers, joggers, strollers, and all user types to be engaged and be in contact with diverse open spatial experiences. The loop takes advantages of the existing topographic conditions, mature vegetation, a stream, and views of the site to create a space for much needed urban reprieves and contact with nature.

Option B
Design concept highlight resource generating elements including an outdoor café, solar panels, and usage of reclaimed water. In addition to all amenities provided by the existing typical passive park programs, this concept design adds Net Zero Energy concept where energy and resource (funding, food production, water) are self-generated at the park site itself. By adding programs such as a café (leased out to a vendor), rentable stage/event spaces, community gardens and orchard for food production and sales, cisterns and/or gray water processing units for irrigation and other non-potable use, photo-voltaic panels for lighting for night use, the park can sustain and operate by little not no supplementary resource.

Option C
Design concept reflects on the historic watershed of the site and reshapes the park to function as a true stormwater mitigation system as well as recreational amenities and habitat restoration site. A large open lawn area in the center is excavated to contain a capital storm flood water. Unique recreational play areas and event spaces are created around this reshaped open lawn. On the existing steep slopes, an adventure play and walkways are connected to the existing walkways.