Davidson, author of several Minecrafter and Manga Art books, gave away free copies of her books to Jordan sixth-graders and engaged in several readings with the students throughout the day.

“I believe literacy is a cornerstone to success,” commented Davidson. “I grew up in a family that had books and read to me.”

“But other kids don’t have that, and the few books they are exposed to might not speak to them. I want to help them access books that interest them and open a gateway.” 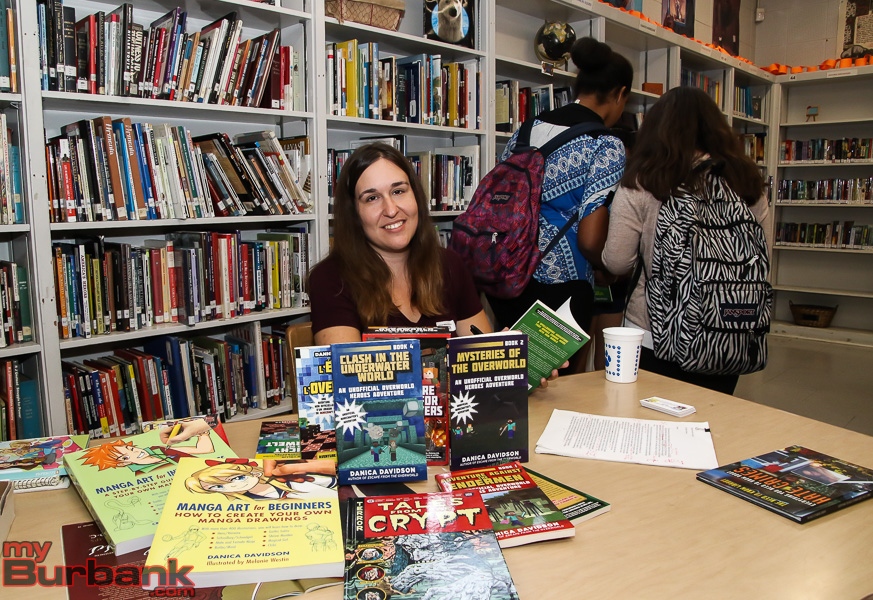 Author Danica Davidson at Jordan (Photo by© Ross A Benson)

“I’ve noticed that with my Minecrafter books, kids pick them up because they like Minecraft,” Davidson went on to say. “Then they get involved with the story and want to read more. I hear from parents all the time who say, ‘My kids don’t like to read, but they can’t put yours down. Now they want all of your books.'”

“I started writing at age three, either dictating stories to my parents or following them around and asking them how to spell all the words,” Davidson said. “When I was in elementary school, the teachers generally frowned upon all the writing and storytelling I was into, because it wasn’t schoolwork.”

“Then I got to Jordan, and my sixth-grade English teacher was Anita Schackmann. She encouraged and supported my writing in a way I’d never experienced at school before. I brought in a vampire Halloween chapter book I’d written and she had it read to the class. I remember they were totally caught up in the story.  I found myself opening up, writing more, feeling confident to bring my stories to school.” 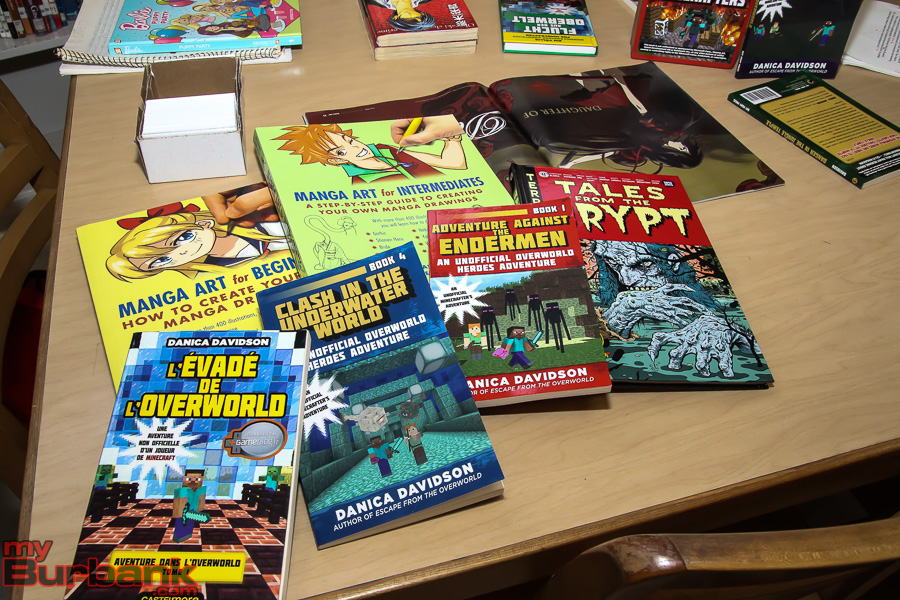 “My classmates kept clamoring for more stories, and I wrote multiple novels during my time at Jordan. It all started with Mrs. Schackmann, but I felt the whole environment of Jordan was supportive and kind to me, and I loved so many of the teachers I had there. Bringing these books to Jordan is my way of giving back to the school, and also giving back to the new generation of kids there.”

“Whenever I’m writing a new one, I look at stories I wrote in Jordan to get the right voice for the 11-year-old hero,” she explained. “The character Maison goes to a new middle school and is sad that her friends go to a different one. That’s based on a lot of my friends from elementary school going to Luther, not Jordan.”

“Maison is scared of some eighth-grade bullies. That was because before I went to Jordan, I was scared the eighth-graders would bully me (it turned out I didn’t have to be so scared of that.)” 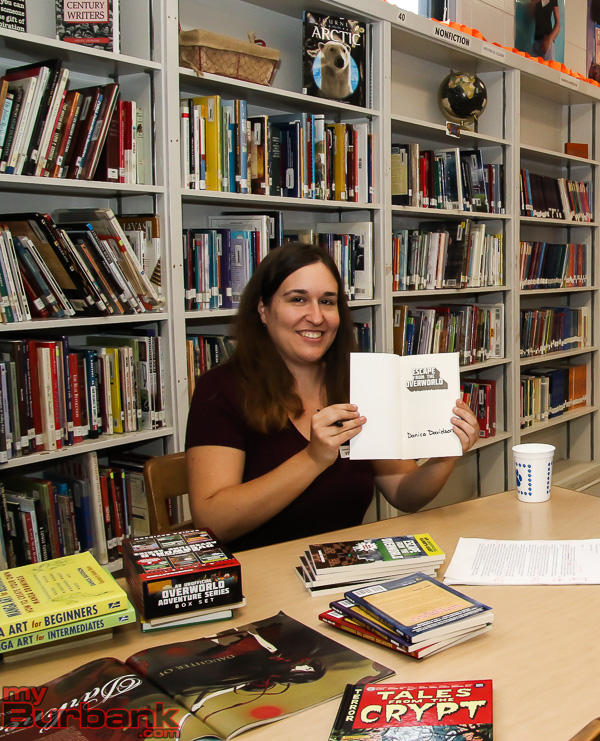 Davidson, who currently lives in Sturgis, Michigan, found a patron in Sturgis financial advisor Nate Brown, who donated 150 copies of her most recent publication, Escape from the Overworld, to Jordan.

“His son is a big fan of the books and Nate saw the ability to help kids with literacy,” added Davidson. “I’m bringing an extra 20 copies to give to the school.”

Davidson has published 13 books, with three more scheduled for release in summer, including “12 Minecrafter novels (adventure-fantasy-science-fiction books for ages 7-12 that take place as if Minecraft is real), two books on manga, a Barbie graphic novel, a textbook on hate crimes aimed for school libraries and a comic in the latest Tales from the Crypt graphic novel.”

More information on Davidson and the Minecrafter series can be found on her website.