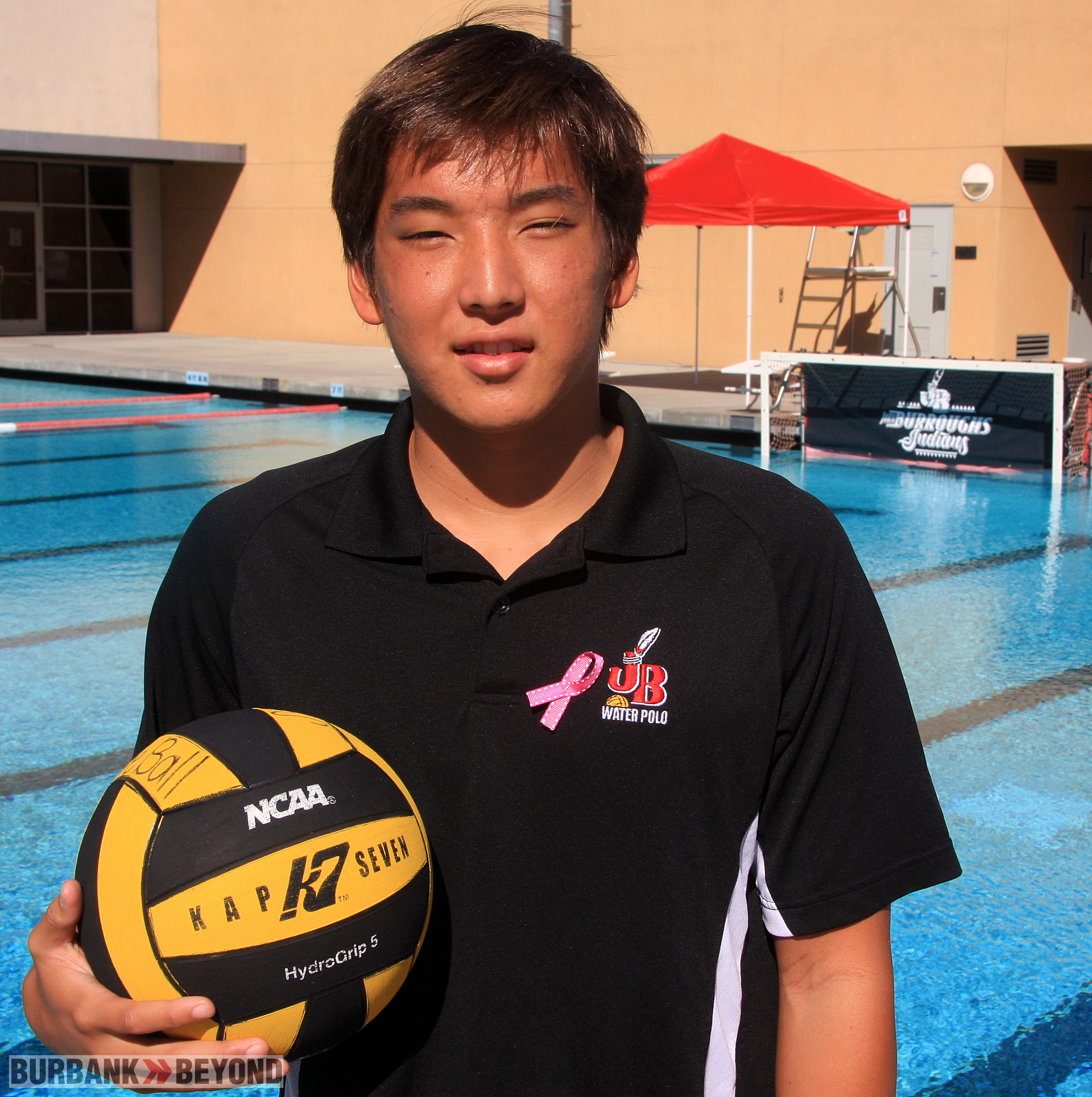 As the consummate leader of the Burroughs boys water polo team, senior captain Kevin Ueno has led the Indians to a fourth place seed in the Pacific League tournament and to the CIF playoffs for the first time since 2006. A man of few words, Ueno packs a big punch behind his leadership attributes and his ability to make others around him better.

“Kevin is a leader with his actions. He’s not the biggest talker in the world. I may have heard three sentences from him the past four years,” Burroughs Coach Danny Garcia said. “But everyone sees what he is capable of doing and they want to emulate him. He may not communicate a lot with his voice but he communicates with his eyes. They see his eyes and they know what he wants. Everyone looks up to him.”

Ueno’s influence in the pool has carried the Indians to a 12-6 overall record and 3-3 in the tough Pacific League. Last year JBHS struggled to an 11-13 finish and 1-6 in league play. As a four-year letterman and starter, Ueno’s work ethic and improvement have been a key reason to Burroughs’ resurgence.

“Kevin brings so much skill and maturity to the game,” Garcia said. “He has a quick shot and his defensive ability is great. He guards the opposing team’s best player and is just a nuisance to the big guys.”

Ueno, 17, began playing water polo five years ago and has quickly improved into one of the best players in the surrounding area. First and foremost, he is a student-athlete with a 3.8 grade point average while playing two sports (water polo and swimming). He hopes to attend UCLA next year but for right now it’s all about playing water polo and setting the best example for his teammates.

“It was scary and stressful my first year (as a freshman). But it’s become fun,” Ueno explained. “Here I am now. When the team is down, I have to set an example. I’m just trying to have fun this year and we are.”

Joining him on the team is his brother, Casey. While Kevin patrols the defensive side, Casey, a junior, has excelled offensively. Kevin currently has scored 22 goals, passed out 13 assists, collected 37 steals, drawn six ejections and added 11 shot blocks.

“He has brought consistency to our program,” Garcia said. “To have a player who is consistent and so strong in his skill set and kept building every year, it’s something that has really helped out the program. He is that player that everyone wants to be. Everyone is striving to be like him.”

With the league tournament upon them and the CIF playoffs looming ahead, Burroughs will look to Ueno to help take the next step.

“We have great players this year with a lot of experience,” Ueno said. “We are playing well together as a team. We are all good friends and we know what each other are thinking.”

Playing Football In A Time Of COVID-19