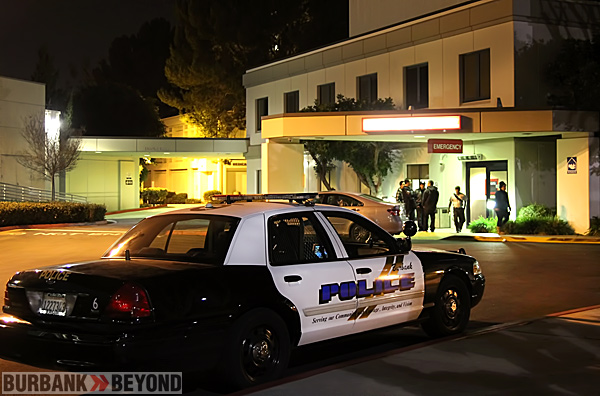 Just after 6:00 p.m. in the evening of September 18, Burbank Police received a call reporting one man punching another man in the face in a vehicle near the intersection of Buena Vista St. and Victory Blvd. By the time police arrived at the area, the vehicle had left. Police spoke with witnesses and got the license plate and description of the suspect.

Burbank Police traced the license plate to an address in Valley Village. Because of the indication from witnesses that the victim may be injured, officers went to the address to check on the victim. Officers found the vehicle at the address and saw a non-responsive man in the front passenger seat.

While police were contacting the individual in the passenger seat, who showed signs of intoxication, they were approached by another individual matching the description of the suspect in the altercation, the driver of the vehicle. After further investigation, Burbank Police arrested Joseph Decker, 43, of Valley Village, for 243 (e)(1), misdemeanor domestic battery. The victim declined further treatment for reportedly minor facial injuries.

This domestic violence arrest underscores the importance of people observing their surroundings and calling the police about violent or dangerous situations. The Police Department, in following up on this reported altercation to check on the well-being of the victim, shows genuine dedication for the safety of people in Burbank.