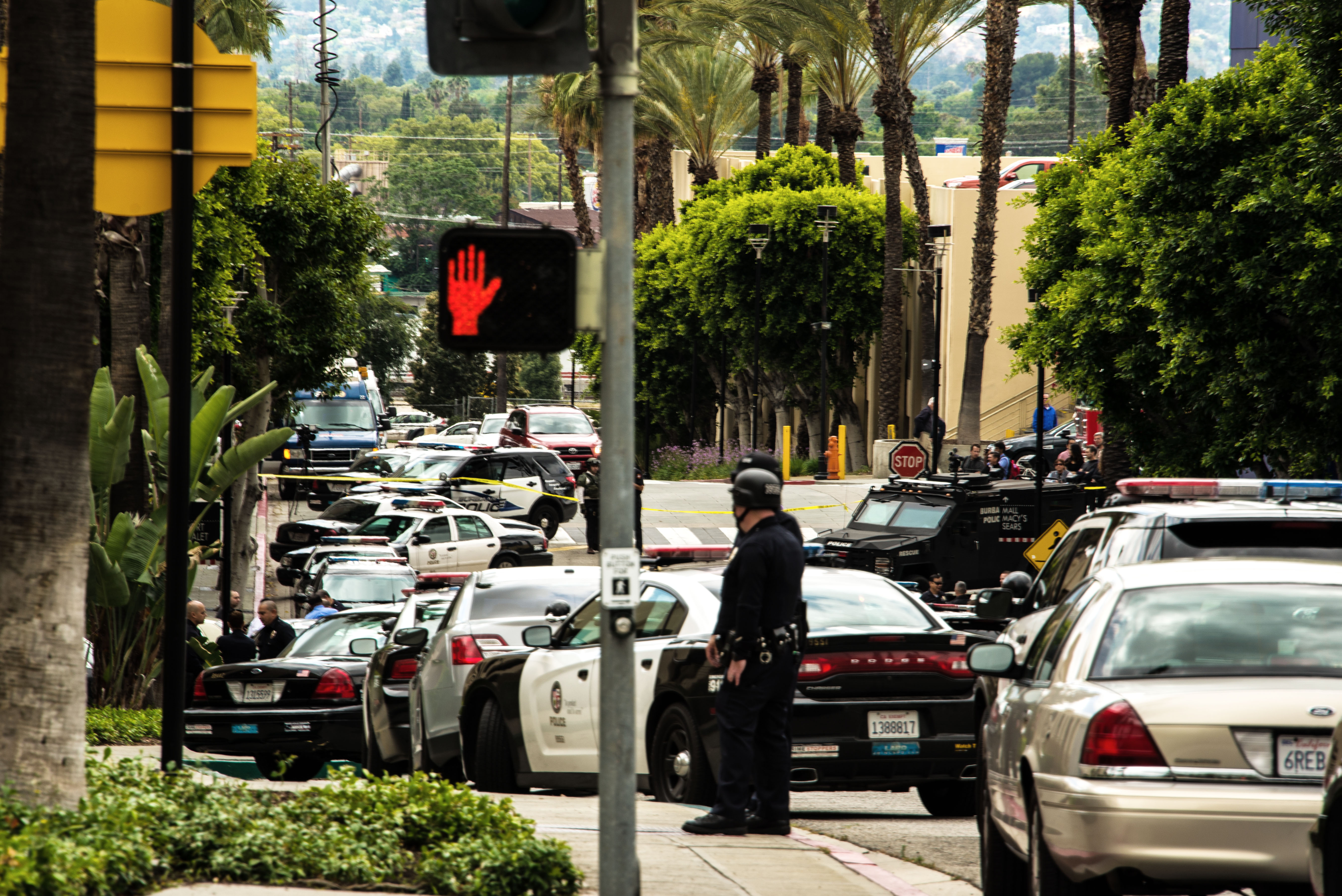 On Friday morning a domestic dispute starting in Foothill Division’s area ended peacefully within the Burbank Town Center complex with the capture of a suspect thought to be armed with an unknown weapon.

As LAPD officers responded to a call for assistance, the suspect attempted to flee the scene, ultimately leading LAPD to the parking structure adjacent to Burbank’s Colony Theater. Burbank Police responded to support LAPD, and established a safety perimeter around the Burbank Town Center area, which included securing Burbank High School and surrounding areas.

The suspect was apprehended, with support of a Burbank Police K9 unit at approximately 12:45 p.m., and the suspect was taken into custody inside a Colony Theater prop room at N. 3rd St. and E. Cypress Ave. 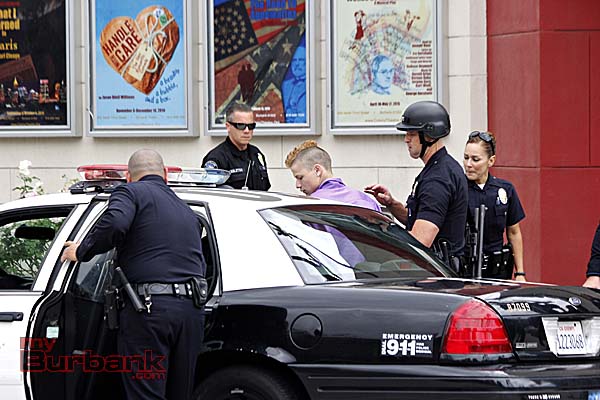 Burbank Police provided more than 25 officers, including SWAT support, joining a large number of LAPD officers in the suspect’s apprehension.

LAPD had earlier learned the suspect had warrants in both Los Angeles and Burbank, increasing the urgency to apprehend the suspect, who has not yet been identified. As the suspect was brought out of the Colony Theater entrance, officers from both police departments were clearly disturbed the incident had escalated to such a level. The suspect was placed into a single LAPD car, and quietly departed the scene, as Burbank’s city center slowly returned to business.

NOTE: In an era where police and citizen contact has often escalated into unneeded violence and conflict between citizens and law enforcement, it is encouraging to have witnessed what this reporter can only characterize as a professional police action by both LAPD and the Burbank Police department. While the response may have appeared overwhelming, in reality the police knew the suspect had a record of arrests, was allegedly armed, and was intentionally evading arrest. Both departments protected the citizens of Burbank, and peacefully apprehended the suspect, providing a result which is the best for both the city and the suspect, who will have his day in court.

This story will be updated once the suspects name and city of origin is confirmed and any other information is supplied by LAPD.