The Board of Directors of Leadership Burbank, a community-based organization, celebrates
its 25th Anniversary with an announcement on Facebook Live.

Albert Hernandez, this year’s Chair of the Board of Directors were joined by
members of the organization’s Board of Directors, who represent many of Burbank’s key
organizations including Nickelodeon, Burbank Chamber of Commerce, Hollywood Burbank
Airport, City of Burbank, UMe Credit Union, Warner Bros. Entertainment, Worthe Real
Estate Group, Burbank UniPied School District, Logix Federal Credit Union, and so many
more.

Twenty-five years ago, Leadership Burbank was founded by the City of Burbank, the
Burbank UniPied School District and the Burbank Chamber of Commerce to build a better
Burbank. The program was developed to provide an educational and motivational
curriculum for current and emerging leaders to enhance their personal and professional
skills, gain a deeper understanding of community dynamics and build a network of
colleagues and associates throughout the city.

In its 25th Anniversary year, Leadership Burbank will celebrate by telling the story of its
nearly 500 alumni and over 20 community projects that have benefited local nonprofits, the school district, and the city. Nearly half a million dollars in goods and services have advanced thousands of Burbank residents to create an even better Burbank.

Many of the alumni currently serve on the City’s Boards or Commissions, local non-profit Boards, or as volunteers for a wide variety of causes or community-based needs.

Given the COVID-19 pandemic and the need for leadership during the crisis, the organization announced that it is innovating and evolving its leadership program this year. Instead of its traditional nine-month leadership training program for people who live or work in Burbank, the organization will host a Master Class program that will roll out in the Spring of 2021. The Master Class program will explore current topics in leadership development and a more regional focus that will connect Burbank to the Greater Los
Angeles area.

In making the announcement, Hernandez stated, “Leadership Burbank has been a critical partner supporting the success of Burbank over the last twenty-Five years. Given the pandemic, we are motivated to provide an exciting new program that will deliver Burbank’s next generation of innovative leaders. We must remain committed to leadership, especially during this crisis — and we look forward to celebrating with our donors, partners, and alumni.” During the celebratory announcement, Hernandez revealed Leadership Burbank’s new 25th Anniversary Logo and invited the public to become a 25th Anniversary Legacy Member.

Businesses are also invited to support the organization’s silver anniversary with a donation of at least $1,000. To launch this portion of the campaign, Logix Federal Credit Union, Volpei-Gussow Real Estate Group, and UMe Credit Union all pledged their support of  Leadership Burbank.

Additional announcements will follow in the next coming months. To support Leadership
Burbank or find additional information visit leadershipburbank.org.

The Mission of Leadership Burbank is to identify, educate, and motivate current and
emerging leaders in Burbank to develop ideas and solutions that make Burbank a strong,
sustainable and vibrant community. 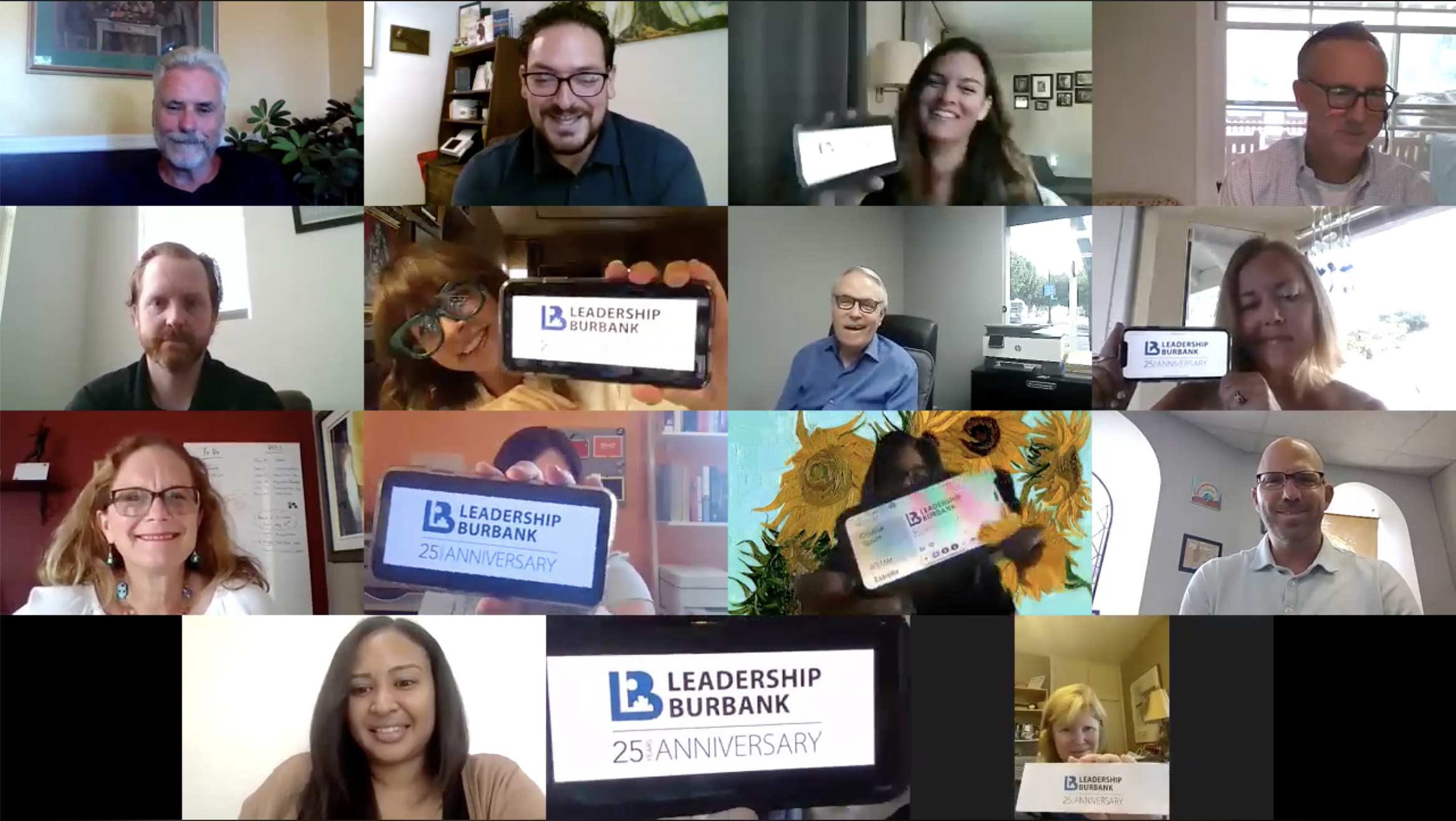