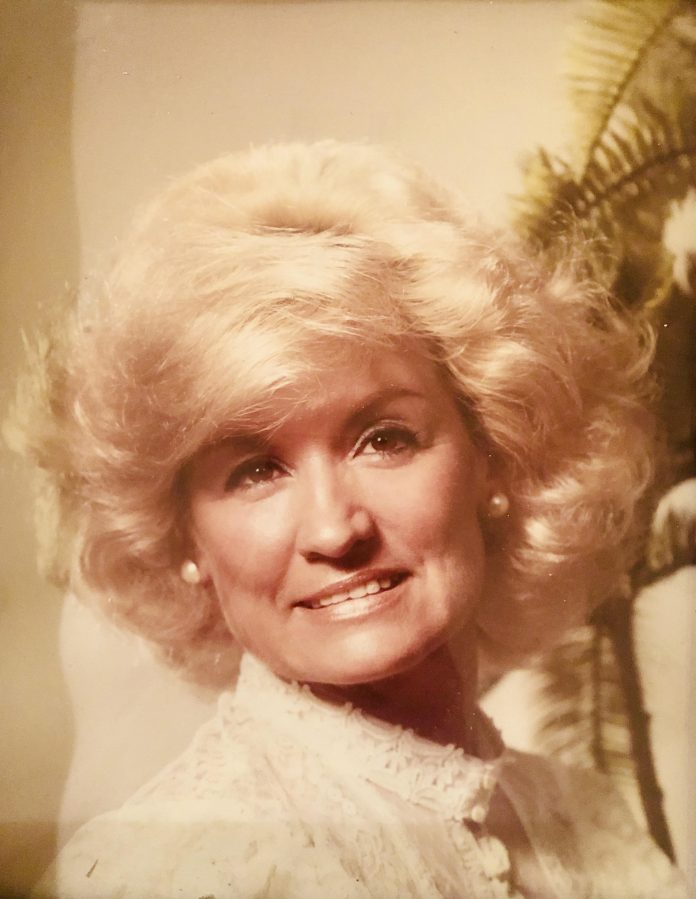 Burbank has lost a true original.  An advocate, a community icon, a wife, a friend, a mom, and a Nana.  Lee Paysinger was one of a kind and those that knew and loved her are mourning the loss of this beautiful force of nature.

Lee was the ultimate American success story.  Born Zella Lee into abject poverty on an Indian reservation in Eufaula, Oklahoma to a teenage mother,  she was determined as a young child to make a better life for herself.  During the war years, her mother Inez moved the small family to Burbank where she got work at Lockheed.

Zella grew up on Orchard St with her little sister Sherma and attended Monterey Elementary School, Luther Burbank, and finally Burbank High School.  Zella loved the social life of the school and broke many hearts as her dazzling beauty was hard to deny even at a young age.

After high school, she started work at Bob’s Big Boy on San Fernando Road where she charmed her customers and became famous for her good nature, stunning smile, and bubbly personality.  During this time the owner and founder of Bob’s, Mr. Bob Wian tapped Zella to form a team of trainers to travel the country and supervise the opening of new Bob’s Big Boys franchises.  Zella visited many states and enjoyed the travel, but she always knew she would never leave her beloved Burbank.

Zella’s life changed again forever when in 1962 she gave birth to her first and only child Teri.  History repeated itself and Zella found herself a single mom in the early 60’s.  This was not about to stop her.  She continued to work, purchased a home, and then met and married the love of her life, Robert Paysinger, known to all as Bob.  Bob was a Burbank Police Officer and the two of them made a great team.  Bob loved and adored Zella’s baby daughter and embraced her as his own.

During this time, Zella decided to reinvent herself once more, so she changed her name to Lee and bleached her hair blonde!  Lee Paysinger it was!  She started work at Talleyrand where she worked for over twenty-five years.  Customers would come from all over town just to sit in her station and listen to her tell jokes, smile, and flirt.  Lee was a people person, but her heart always belonged to Bob.

After many years of work Bob and Lee would go on to enjoy an active vibrant retirement, participating in the Senior Olympics, daily walks down Sixth Street, traveling, and spending time with family.   In the late ’80s, Lee started to welcome grandbabies and she happily became Nana to Caitlin, Calli, and Jackson.

She reinvented herself once more as a community activist.  She ran for City Council,  helped establish the East Valley Boys and Girls Club in Burbank, and was a charter member of the brand new Burbank on Parade Committee.  She was instrumental in organizing, fundraising, and ensuring the participation of numerous celebrities to participate in the parade.

She was an active member of the BHS/JBHS Alumni organization and became an Alumni cheerleader!  She had so much fun marching with the alumni team in  Burbank on Parade every year and the DoDa Parade in Pasadena.  She was a true crowd-pleaser.

Lee’s crowning achievement for the city was most certainly her work on the Burbank Library Board. She helped design, implement, and oversee the construction of the state of the art Buena Vista Library.  Although the city knows it as the Buena Vista Library, Lee’s family knows it as Nana’s Library.  She was so proud of her name on the plaque out front and all the work that went into creating this beautiful Burbank landmark.  The library is a  testament to her love of community, childhood literacy, and Burbank.

In later years, Bob and Lee slowed down but still insisted on visiting their favorite coffee shop Lancers where they would sit in the mint green window booths, holding court and having breakfast.

Lee will be sorely missed not only by her beloved Bob, her daughter Teri, her grandchildren, and her great-granddaughter but by the many diverse communities, friends, and neighbors in Burbank that she was an integral part of for most of her life.  Her legacy of service, combined with good cheer and just plain fun, will live in our hearts forever.

Business Press Release - October 1, 2022 0
Podcast will offer news, tips, and techniques from their financial experts (with a side of tomfoolery)