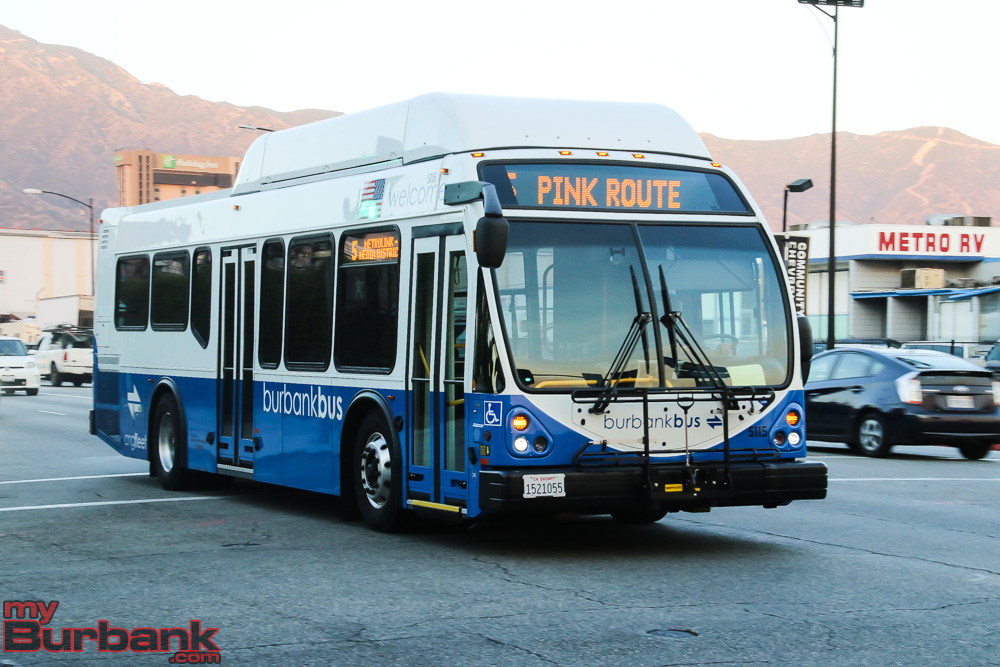 As a follow-up to the City of Burbank’s reflection on transportation advancements in the past decade, grievances from a recent letter to the editor have been addressed by City personnel.

The letter to the editor came from Linda Bessin, a local activist who previously served the City as a Burbank Board of Library Trustees member from 2016 to 2020. Bessin has been a resident of West Burbank since 1994 and made a run for the Burbank City Council in the 2020 election. She is a proponent of a neighborhood-focused transit system to erase the necessity of driving to get to other local areas, such as Magnolia Park or Downtown Burbank.

“I [think] it would be wonderful if there was a transit system that I could walk to two blocks from my house,” Bessin said. “I have no choice. I have to drive…If the City is serious about all these plans that they have about climate change, about housing, they have to start thinking about a comprehensive transit system for all residents.”

One of Bessin’s campaign focal points was ensuring convenient, cost-effective, and environmentally sound modes of transportation for residents. She believes that the City has placed too much emphasis on commuters while neglecting the needs of Burbank locals who desire accessible transportation options.

“As we’re coming out of COVID, it’s a great opportunity to step back and rethink how we view transportation in Burbank because we don’t know who’s going to go back to commuting,” Bessin said. “We don’t know who’s going to continue working at home. So let’s not just assume that transportation is only meant for commuters. Let’s look at 100,000 people who live in Burbank and think about what could be done to make their lives easier and make the City operate better.”

Burbank City Council Member Sharon Springer has become a highly active local participant in public transportation since replacing her vehicular travels with public transportation in 2017. To get the most convenience out of public transit, Springer advocates for amenities like Metro Micro, an L.A. County on-demand shared ride service. Additionally, she supports the City’s Pink Route, which links Burbank’s Media District to the Red Line at Universal City Station and has received loyal approval from locals since its implementation in late 2019.

“We’re working on a comprehensive transit plan in Burbank to make it easier to get to our Metrolink stations,” Springer said. “For example,…we implemented the Pink Route from Downtown Burbank all the way to Universal Studios, and that ridership exceeded expectation just immediately.”

Following the City’s reduction in BurbankBus services due to a ridership decline in the midst of the COVID-19 pandemic, Burbank’s Transportation Division has been encouraged by the City Council to revamp this system to better serve locals. The division plans to see this through by expanding the Green Route in 2021 so residents can rely on a steady schedule from Burbank’s earliest bus line. Extended bus schedule hours are also planned to resume in the summer, provided that COVID-19 conditions continue to improve as vaccine rollouts carry on.

“The Green Route is now our oldest route… and it is still being used to serve commuters primarily,” Assistant Community Development Director of Burbank’s Transportation Division, David Kriske, said. “We want to operate frequent service all day that people can rely on, both employers and employees coming into town and residents who may be circulating within town or wanting to leave the regional transit.”

The frequency of public transportation schedules is a vital component for traveller participation, and the City has started to hone in on this model with the Pink Route. During rush hours, the program runs every 15 minutes, a schedule the Transportation Division plans to extend throughout the downtown area.

“For the people who don’t want a car or who can’t afford one, we need to make it easier for them to get out of their cars, and we’re working on it. It’s happening,” Springer said. “We’re working on 15-minute train service through Downtown Burbank, the second busiest one in the system, so people are taking public transportation.”

Thus far, the City has made strong progress on securing the capital upgrades of this plan. Between Metrolink and regional councils, a total of $200 million has been gathered for track updates which would allow for more frequent Metrolink schedules in Downtown Burbank. Implementing local Amtrak stops is another future goal to supplement transit accessibility in the City.

Furthermore, a proposed trolley for Magnolia Park has been long supported by Mayor Bob Frutos, which Bessin predicts wouldn’t halt the problem of Burbank traffic. Conversely, Springer concurs with Frutos’ belief that a trolley from the Red Line to Downtown Burbank would support local businesses and provide economic recovery as the City moves forward during COVID-19 vaccine rollouts.

“Mayor Frutos is dead set on a trolley going up and down Magnolia, which is a nice thing,” Bessin said. “But again, you’re not getting people out of their cars. They’re going to drive to Magnolia Park and then they’ll take the trolley up and down instead of walking those few blocks. And it’s not going to solve any of the problems that I’ve listed.”

Funding options for transportation expansion were also addressed by Bessin during her campaign trail and in her letter to the editor. She has referenced alternative financing options, such as the American Rescue Plan Act, to make up for any fiscal deficits on the City’s end.

The City’s Transportation Division is completely locally funded, and as a newer agency in comparison to others in Los Angeles County, Kriske says that they don’t have access to any state or federal transit operations funds. Even federal government emergency relief funds which the division has seen are limited in their provisions. The CARES Act supplied the City with $91,935, and $83,962 came from the CRRSA Act. To compare figures, one month alone of Pink Route maintenance during COVID-19 results in a sum of $67,000 in direct costs.

“[The funds are] really meant to… pay back expenses that we incurred to respond to COVID,” Kriske said. “So neither of those two transit operations funding sources is enough to really try new services.”

When addressing Burbank’s transportation budget, Springer also named President Biden’s recently-introduced infrastructure plan as a source that the City foresees as a benefit for local traveling. The plan consists of a $2 trillion allocation towards rebuilding roads and bridges throughout the country, with the goal of improving commute time, climate change and economic activity. In addition, another benefit can be found in Connect SoCal, a plan which was approved by the Regional Council in September of 2020 and will offer over $638 billion for Southern California transportation investments through 2045.

Aside from city intervention in transportation progression, Springer hopes locals will continue to personally contribute to public transit participation however they can, which will be instrumental  in moving Burbank’s transportation system in the right direction.

“We need to proactively ask ourselves, ‘How can I make a difference? How can I move public transportation forward?’” Springer said. “I think…the biggest thing we can do is think of the reasons why and how to take public transit…Participating helps in the whole decision process.”

Although Bessin’s letter to the editor provides a clashing commentary to certain city projects, a common denominator lies in both parties’ overall goal of strengthening the Burbank’s transportation system. Throughout the next phase of this process, the City of Burbank urges community members to be active in a joint discussion on the subject, as a collaborative dialogue will lead to the most productive outcome for all parties.

“People want to live in Burbank. It’s a wonderful, safe place with very nice services, a great library, great parks, [and] great senior services,” Springer said. “[And] the City wants everyone to say what they feel about transportation and have a positive collaboration and involvement from both ends.”