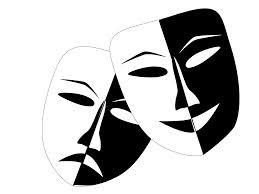 These lifelong pals were climbing the corporate ladder not so long ago, and very successfully. Unlike most of their twenty-something peers, they were already commanding six-figure incomes. But they weren’t commanding their lives.

Then at age 30, Ryan and Joshua shook the corporate monkeys off their backs and shed most of their stuff. Life became lighter and a lot happier.

Today they’re commanding the attention of large live audiences and over two million followers on their website, theminimalists.com.  They explain how minimalism can reclaim lives from the rat race. Earlier this week, Ryan chatted with myburbank.com.

Q. Myburbank.com: So what made you and Joshua break from the corporate routine?

A. RYAN: You know, my 18-year-old self would’ve been blown away by the success of my earlier career. But one day I looked in the mirror and saw an adult made miserable by stress, debt, and discontent.  So I did what a lot of guys in my situation would do. I spoke to my best friend. And I saw that Joshua was happier than I was in spite of losing his mom and his wife in the same month. I asked him what was going on. He told me he was beginning to practice minimalism.

Q. MyBurbank.com: And what is minimalism?

A. RYAN: It’s getting rid of all the clutter in your life, whether it’s material stuff, bad relationships or toxic thinking.  It’s so easy to be sucked into the routine of work, TV, bed. Minimalism wakes you up to how you’re spending your time. Are you spending it on relationships or activities that truly adds value to your life? When I was in the corporate world, the relationships were all about proximity, convenience and networking. But there were values and beliefs that didn’t align with mine. I wanted to hang out with people supportive of me and the life I was trying to create.

Q. MyBurbank.com: But does minimalism work for families trying to keep their children in safe neighborhoods with good schools? In today’s world, that can take a lot of money all by itself.

A. RYAN: I personally know families that are meeting these problems.  One of them is Joshua Becker. Check out his book Clutterfree with Kids. Each family applies minimalism to their own circumstances.  They can be really resourceful once they commit to living a life that reflects their values. You need less than you think.

Q. MyBurbank.com: And what about the very poor like the homeless, who are already leading a pretty minimal existence?

A. RYAN: Minimalism can help even them. Whether you have a little money or a lot, it’s the decisions you make. Decide in favor of what you really care about, and let the rest go.

Q. MyBurbank.com. Considering the tough economy since 2008, it seems that minimalism is the right message for the right time.

A. RYAN: We’re speaking to larger and larger crowds. They’re from all walks of life: an 83-year-old grandmother, recent college grads, people who were in Occupy Wall Street.

Q. MyBurbank.com: Audience members have taken you and Joshua to be everything from Christians to Buddhists. Do you see yourself aligned with any spiritual tradition?

A. RYAN: We offer no spiritual advice to anyone.  I see minimalism as being one of those things compatible with a wide variety of religious beliefs. We do believe that we grow the most when we contribute to others.

Minimalism is minimizing life’s garbage, a principle that crops up in any number of areas. Ryan mentioned an architect friend that “cuts out anything that’s not appropriate.” Editors eliminate empty words while retaining the words full with meaning. Diets aim to get rid of empty calories while retaining the calories full with nutrition. Minimalism will likely guide the first colony on Mars. It can make us more resilient when catastrophe strikes here on Earth.

An artist captures a face with just a few lines on a blank sheet. Minimalists seek to recapture the true outlines of their lives by erasing everything that is false.  Some will go on to fill in the outlines with color and add details. Others will be content with the outline. Either choice can be an authentic portrait.

Ryan puts minimalism in one sentence:  “Love people and use things because the opposite never works.”

Throughout 2014, The Minimalists are embarking on a 100-city tour across the United States, Canada, United Kingdom, Ireland, and Australia.