Charles Herbert Vincent will always be remembered as a Realtor, musician, giver of service, curious, even keeled, but most of all — he was true to his high school.

Known around town as “Herb”, the Burbank High School graduate passed away peacefully at his Burbank home on June 6. He was 86. 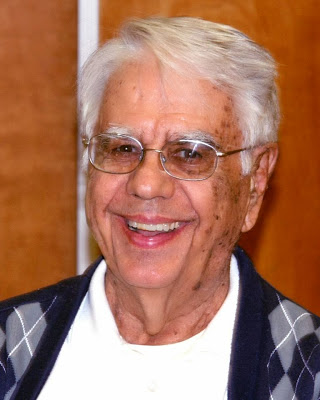 He was born on Feb. 2, 1928, in Hamilton, Mont., to Frank and Flossie Vincent. He had one sister, Marge, and three brothers; Frank, Donald (who died at the age of two from measles) and Darryl. His father died when Herb was 8 years old and in 1939, at the age of 11, he moved to California so his older brother, Frank, could attend aviation school at the Curtis Wright Technical Institute in Glendale. Herb graduated from Burbank High School in 1946.

After graduation, Herb went to work for A.E. Peterson Manufacturing – (Peterson Baby Products) in Glendale. He worked for Arnie Peterson starting in the shipping department and working his way up to national sales representative.

Herb was called into active duty in 1951 with the Air National Guard in the Korean War. He served in the 562nd U.S. Air Force Band at Moody Air Force Base in Valdosta, Ga., and George Air Force Base in Victorville. He played the tuba in the marching band and string bass in the dance band and was eventually promoted to Staff Sergeant.

After the Korean War, he returned to A.E. Peterson Manufacturing. Arnie and Herb shared a long friendship and in their later years they enjoyed collecting and working on antique automobiles together. Herb often drove his Model T in local parades and chauffeured prestigious riders.

In the 1960s Herb decided he wanted to spend more time with family and less time on the road as a salesman. So, he earned his real estate license and his broker’s license and eventually became a manager for Paul, White Carnahan Realty in Burbank, the same company his mother, Flossie had worked for. In the 1970s Herb taught real estate licensing courses for the Burbank Unified School District Adult School.

In 1974 Herb and Velma opened Vincent Realty and he was elected president of the Burbank Board of Realtors.

Herb lived a life of service to others, his family said. In 1970, he joined the Burbank Noon Kiwanis Club and remained a member for 44 years until his death. He did everything from setting up chairs to writing the newsletter and leading as president.

He was a vital Kiwanis member and had a playful nature, said Burbank dentist Bruce Lilly, who is  the club’s president.

“Herb had perfect if not almost perfect attendance,” Lilly said. “He always sat at the same table, just to the right of the podium and I’m president this year, so he would say ‘Good meeting Bruce, good job’ or ‘Oops, you forgot to do this’. And then, I’d turn my back on him, and he’d steal my gavel.”

In the 1980s Herb served as a member and chairman of the Burbank Planning Commission for the city of Burbank.

He served many years on the Burbank Historical Museum board of directors and never missed a meeting, and was a dependable weekend volunteer, said museum founder Mary Jane Strickland.

“He was just fun to be around — a nice person. He was always even keeled and sweet natured,” she said.

He was great for bringing in tidbits of information about Burbank, she added.

“He used to see little posts sticking up around town and he couldn’t figure out what they were, I didn’t know what they were, and I think the city finally said they used to have some kind of a sign on them, but he was so curious, he was always trying to find out what was what.”

In 1974 Herb and Velma opened Vincent Realty and he was elected president of the Burbank Board of Realtors.

In the 1980s Herb served as a member and chairman of the Burbank Planning Commission for the City of Burbank.

After suffering cardiomyopathy for several years, Herb received a heart transplant on Nov. 12, 1993. This was in the early stages of organ transplantation. Herb was the 435th heart transplant recipient at UCLA and lived an additional 20 years with his new heart, his family said.

He was the ultimate Bulldog, said foundation co-treasurer John Coyle.

For over ten years, Herb spent countless hours putting together the foundation’s newsletter every month, Coyle said. Since passing on this chore to junior members of the Senior Bulldog’s Foundation, the task of editing and producing the newsletter is a team effort and is now a by-monthly publication.

“Herb was one of those rare individuals dedicated to serving. He will be sorely missed by all who knew him,” Coyle said.

Herb had a pilot’s license and loved to fly airplanes, said his family. His flight log reveals that his last flight was when he took Velma up for a flight over the San Fernando Valley.

Donations in memory of Herb Vincent can be made to Emmanuel Church or the Burbank Noon Kiwanis Club, care of Dave Harris, Kiwanis Club Secretary, 2106 Hilton Drive, Burbank, CA., 91504.

To share a memory of Herb with the family, e-mail velmavincent@gmail.com.