Jacobe Powell said he was giving a private lesson when the man walked in and approached him in what was described as an “aggressive” manner. 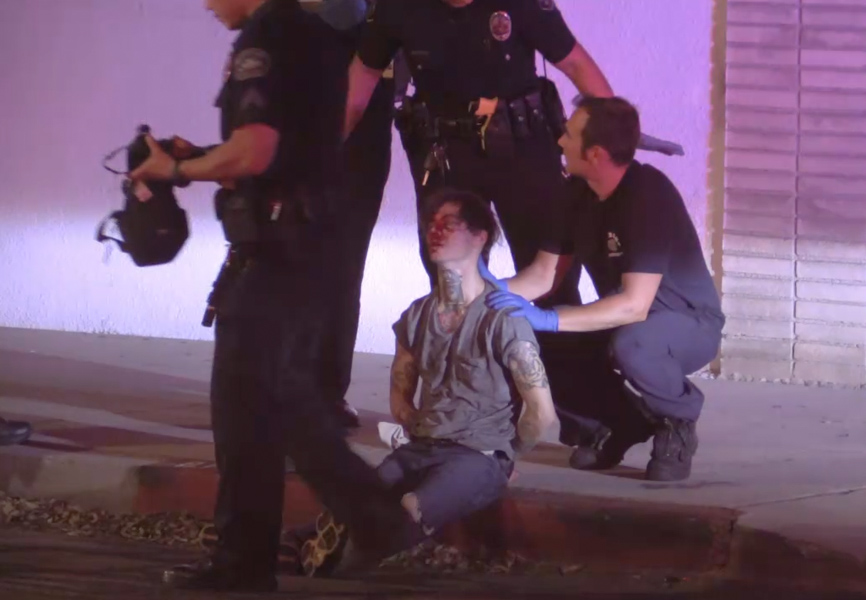 The suspect entered the gym carrying a black messenger-style bag. As he approached one of the instructors, he then reached into the bag.  The instructor, based on his instincts and training, felt the male was reaching for a weapon. In order to protect himself, Powell used martial arts techniques, which he said was his Judo training, to control and subdue the suspect until police arrived.

It was learned the suspect, who has still not been identified by police but had in his possession of a Virginia Identification Card, was in fact armed with a loaded handgun, which was inside the messenger bag.

When police officers arrived, they observed the suspect being subdued and they detained the suspect in handcuffs and secured the weapon. There were no shots fired inside the business.  Several patrons were inside the gym at the time and provided statements to police.

The suspect sustained injuries as a result of the physical contact with the gym instructor.  He was transported to a local hospital and is still being treated at this time.

It appears the suspect and gym instructor knew each other.  An exact motive for the suspect’s actions is still unknown.

The suspect is in police custody at this time, although he has not yet been booked into a jail facility.  He is facing, at minimum, a booking charge of assault with a deadly weapon.  We have yet to confirm the name of the suspect through booking identification procedures.

Powell said, ” This is not the best part of Burbank. We have had issues with the homeless and drug addicts”.

When asked if his MMA training had saved his life, his response was “Absolutely, 100 percent”.

It's Christmas in July Thanks to La Providencia Guild
Burger Review: Moore's Delicatessen
Out Of Control Car Crashes Into House On Palm
Mayor Very Optimistic During State of the City Address