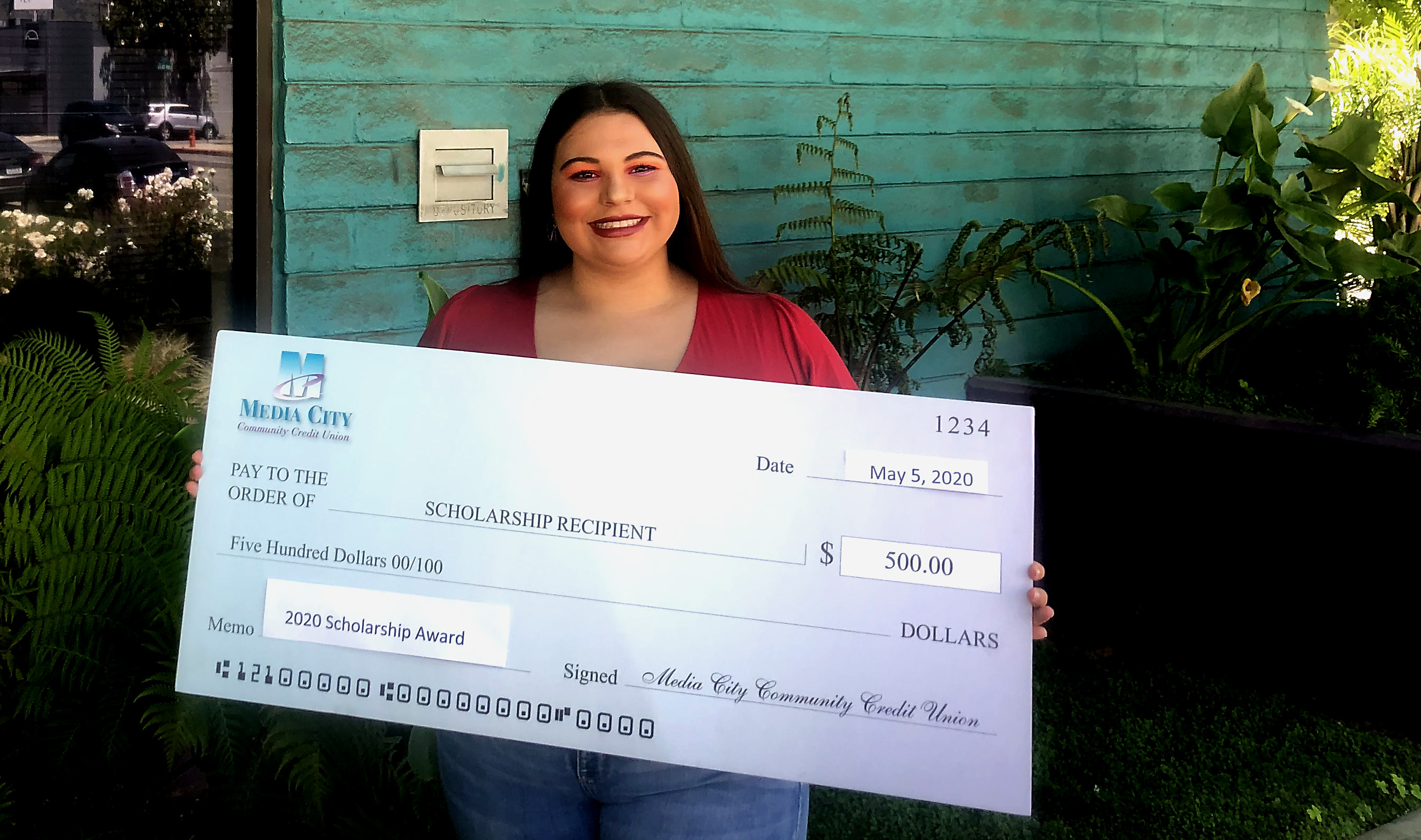 Media City Credit Union in Burbank, a financial cooperative who returns its earnings back to its Member-Owners, is pleased to announce its 2020 scholarship award winners. The goal is to award students not only for their academic achievements but for the things they participate in outside of school and the ways that they give back to their community and to people in need, just like Credit Unions do.

Three deserving students received $500 each this year: Simone is attending UC Santa Barbara with an undeclared major. She was captain of the Burbank High School’s swim team and was on varsity swim all four years. Music is a big part of her life –– she has played piano for 13 years and the guitar for four years. She is also a voracious reader and writes short stories and poems.

Geneva is attending UC Santa Barbara and with an undeclared major. She’s an avid reader, plays the piano, and loves swimming. She’s been playing the piano for 13 years and has been on varsity swim for all four years of high school –– and a Swim Captain her senior year. In the past two years, she has worked as a lifeguard and swim instructor. She and Simone are actually twins.

Lauren has attended Burbank schools her entire life, as did her father, Larry Applebaum who served on the Burbank School Board for 12 years. She’s been a member of the Media City Credit Union since 2008. Lauren was in Burbank High choir all four years, she was in Youth and Government and was a Governor’s Lobbyist as well as the football team manager for BHS. She will be enrolling in College of the Canyons this fall with the intention of transferring to USC after a year. Her future career goals are to become an athletic trainer with an emphasis on sports medicine. She plays the ukulele, piano, drums and is also a skier.

If you know of any deserving students for our 2021 scholarship program, please have them join Media City Credit Union so they can take advantage of scholarships, benefits, and services that are available to them as a member.

Media City Credit Union (MCCU) has served its members since 1936 when we were founded by employees of Helms Bakeries. A credit union is like a bank, only better. Media City offers checking, savings, credit cards, and loans, yet profits are returned back to members in the form of reduced fees, higher savings rates, and lower loan rates. Media City CU is a financial cooperative, giving back to its member-owners.

The credit union provides fee-free access at 55,000 ATMs worldwide and provides online account access. If you live, work, worship, or attend school anywhere in Burbank, or if you have a relative who is already a member, you can become a member too. As soon as you join, your family members also become eligible. Media City CU partnered with the Changeworks foundation and by making a minimum $25 donation to this wonderful cause (Media City matches the $25 donation), you also become eligible for membership. New members enjoy immediate access to all services, including loans.