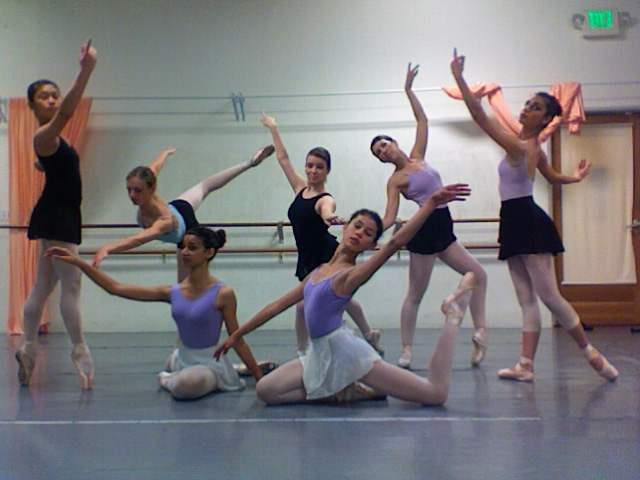 Stephanie Pease, 25, who has been studying ballet for 19 years, is director/choreographer for this production based on the mysterious city on the lost island in the Atlantic Ocean. She will be collaborating with martial artist Grant Tovmasian and jazz choreographer Allen McCormick, who has choreographed for Cirque Du Soleil in Las Vegas.

Classical ballet sequences will be danced to music by Igor Stravinsky while the contemporary segments will be to music by Philip Glass.

Performing will be 70 dance students of the Media City Dance classical ballet studio ranging in age from 3 to 70.

This is the first time the school’s owner, Natasha Middleton, has delegated the director/choreographer role to someone else, said Pease, who came up with the idea for the show.

“I knew I wanted to do something really entertaining and it had to involve the students,” Pease said. “We have a fair amount of children in the school so I wanted [the production] to be something fantastical and fantasy-oriented. I actually visited the Aquarium of the Pacific in Long Beach last year, which gave me the idea for ‘Atlantis.’ ”

The story is about a little boy and his older sister who works in the coal mines during the Industrial Revolution, Pease said. The sister reads them stories about Atlantis, an island that, according to lore, sunk in the Atlantic Ocean. The little brother goes off to find Atlantis, and the sister follows him.

Peter Yedgarian is dancing the role of Caleb. The 9-year-old, is a fourth-grader at Dunsmore Elementary School. He has been studying ballet for two years. He also likes to play soccer and video games.

Lauren Santia, who dances the role of Ali, is 12 years old and is an honor roll student at Laurel Hall. She is in the seventh grade. She has been studying with Kristine Gregorian, Natalya Shoaf and Tina Yedgarian.

Studio owner, Middleton, who is also artistic director of the Pacific Ballet Dance Theatre, asked Pease to direct and choreograph “Atlantis” because Middleton wanted to focus on the professional company’s August performance at the Ford Theatre.

Pease has been choreographing shows for the drama department at Taft High School and productions at a theater in North Hollywood.

“She has been with me as a student and teacher for many years,” Middleton said. “This is a chance for her to show her colors. She came up with the fun idea of going down into the city of Atlantis. We like to keep our shows original. That’s what sets us apart from everybody. Her show has all kinds of characters ~ a dragon, octopus and fish ~ so it should be lots of fun!”

Pease calls the chance to direct/choreograph the production a blessing.

“It has allowed me to further my career in choreography, and I have made it my goal to uphold the reputation of high quality productions the school is known for,” Pease said.