“We are just really excited and happy to be recognized,” commented Stevenson Principal Debbie Ginnetti. “It’s nice to have our efforts validated for something we do every day.”

“We feel arts education is important for a child’s overall education,” Ginnetti added, as she indicated the school’s Booster group provides a great deal of supplemental arts programs. 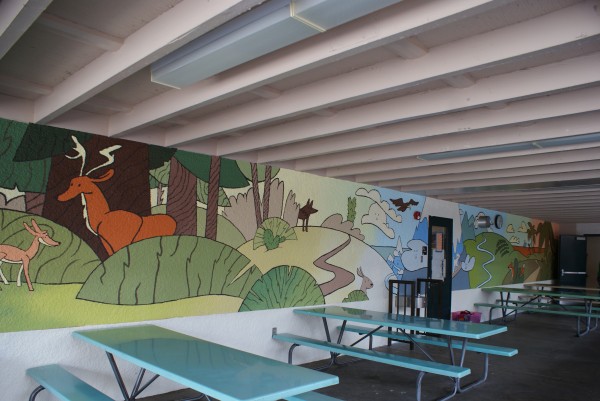 Stevenson holds a Fine Arts Friday weekly during which all the students can work on various visual arts projects.

The Booster club also puts on lunchtime concerts on the playground. A string quartet from the Pasadena Symphony, a saxophonist and two parent musicians have all performed music for the youngsters.

Victorian carolers visited classrooms during the holidays and parents have recited poetry by the school’s namesake, Robert Louis Stevenson, for the children.

“We are trying to expose the students to different arts,” Ginnetti said. “We do a lot to integrate arts into the curriculum and classroom.”

“I was so proud of our students, staff and parents’ hard work,” commented Miller Principal Judy Hession on the Distinguished Schools honor. “It’s really important to work together as a team.” 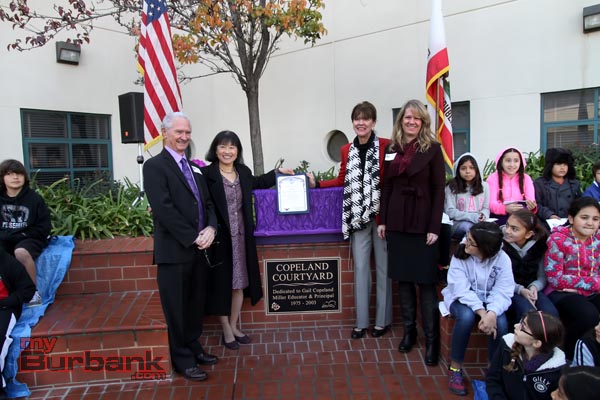 Miller Elementary’s teachers have put in a lot of time learning about ways to integrate theater arts in to their daily classes and for special projects.

Over the summer, several teachers attend special training programs at the Getty, to increase their knowledge for classroom application.

The school has seen seven complete play productions throughout the school year and Hession pointed to the large number of parents who donate time and equipment to support the school’s growing theater arts program.

The Getty and the Skirball Center have supported the school frequently with grants for arts programs, Hession said.

Currently, the 24th Street Theatre has funded an eight-week program for the school, sending a teacher weekly to work with staff and students on integrating theater across the curriculum, in a nod to the emerging Common Core standards.

Teachers also have planned a poetry night in May, added Hession, at which students will recite their original poems at the school event.

“I’m so happy these two particular schools are being honored by the state,” commented Peggy Flynn, Visual and Performing Arts Coordinator for the district. “They show there’s no one way to do it right.”

Stevenson has approximately 400 enrolled students and is not a Title 1 school. On the other hand, Miller is one of the largest elementary schools in the district with about 700 children enrolled and 40% of those students are classified as English Language Learners. Miller is also a Title 1 school and qualifies for additional funds from the state because 40% or more of its student population comes from low-income families.

“I think any one of our elementary schools, were they eligible to apply for the Distinguished Schools award, would have received the Arts Education honor as well,” added Flynn. “Each elementary in the district does so much to incorporate the arts into the school day.”

Stevenson and Miller, along with all of BUSD’s schools, benefit from the district’s ongoing Arts For All plan and individualized partnerships with organizations and businesses in the community. Both principals acknowledged a combination of district, community, teacher and parental support helps the schools come up with creative ways to integrate the arts throughout the school for all of its students.

The California Department of Education’s Distinguished Schools program exists to recognize schools making strong advancements to narrow the disparity in achievements between school population subgroups when analyzed by ethnicity, income and access. Schools apply for the program by completing an exhaustive application including on-campus visitation from state officials.