Fifth-grade students in Melissa Pamperin’s class at Joaquin Miller Elementary followed the clues for their performance of Sherlock Holmes and the Case of the Purloined Pencils, on Thursday evening, December 5, in the school auditorium.

The play was written by Pamperin and “set at Miller Elementary where a large shipment of pencils had mysteriously gone missing.” 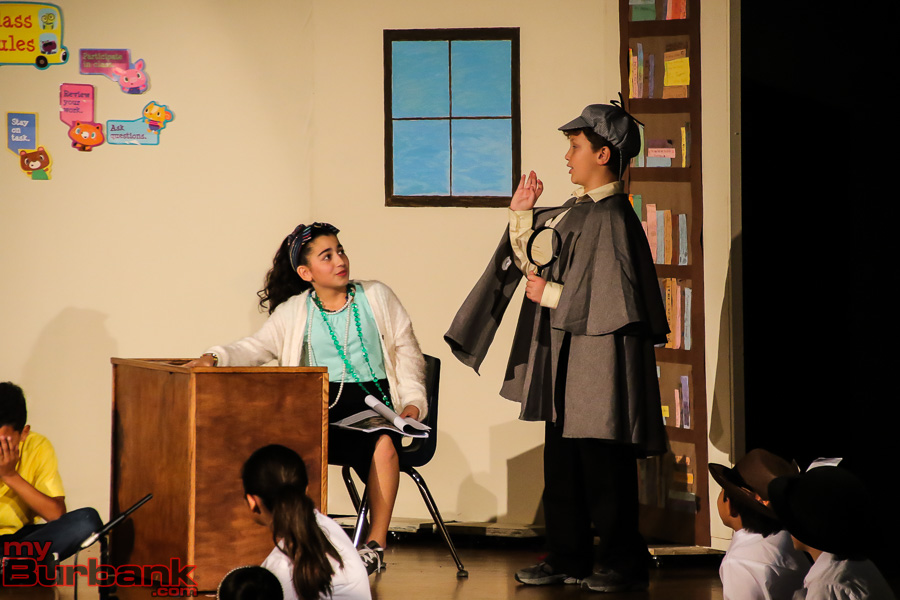 “The Dr. Hill character called in Sherlock and Watson to solve the crime,” explained Pamperin. “They interrogated the teachers, Kindergarten students, second graders and fifth graders only to learn that the fifth grade students had stolen them and sharpened them down to tiny nubs in hopes that it meant they wouldn’t have to take any additional tests.”

“They are ultimately foiled when they learn that the tests are technology-based and given on Chromebooks.”

“The show included songs in which Dr. Hill lamented the state of public school funding, the teachers lamented their hours and the kids lamented all of the long assessments,” she added. 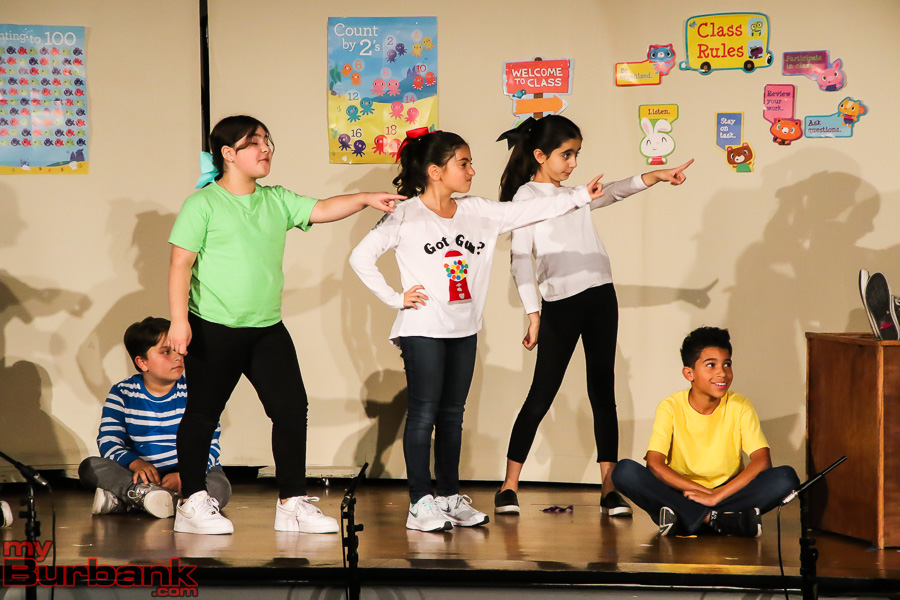 The cast of 22 students and six crew members was largely drawn from Pamperin’s class; two students from Jenna Macho’s class joined the production as well.

The students played district and school staff and other students in the play. They began working on the show in mid-September.

“The students… put on a fantastic show that had the audience laughing hysterically at many of the songs and scenes,” Pamperin also said.