Joaquin Miller Elementary School’s fourth-grade class performed Charlie and the Chocolate Factory for the school community and parents on the evening of March 16 and during the day on March 17. Each performance was approximately 45 minutes long.

Interested fourth-grade students auditioned for the play during the week of January 9. 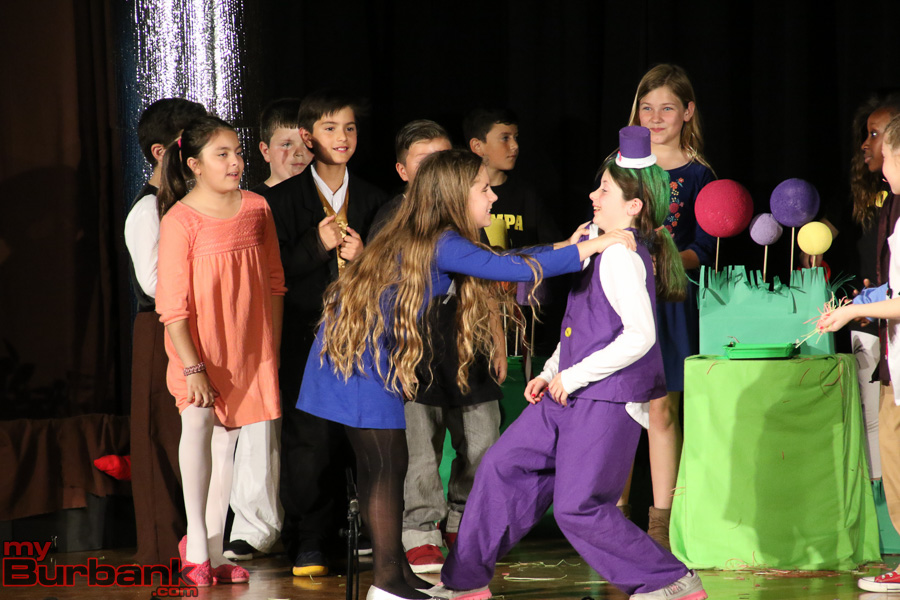 Thirty-one students were chosen for the cast and the production started rehearsals January 18. All of the rehearsals, with the exception of the evening performance on March 16, were during the school day, explained Ossiff.

The students met during their lunch period for rehearsal, which made most of the rehearsals just 30 minutes long. Parents also worked with the students practicing their parts at home and some of the students put in some extra time practicing songs during part of their recess, added Ossiff.

The keyboard was acquired at the beginning of the school year through a grant from Burbank Arts for All Foundation. 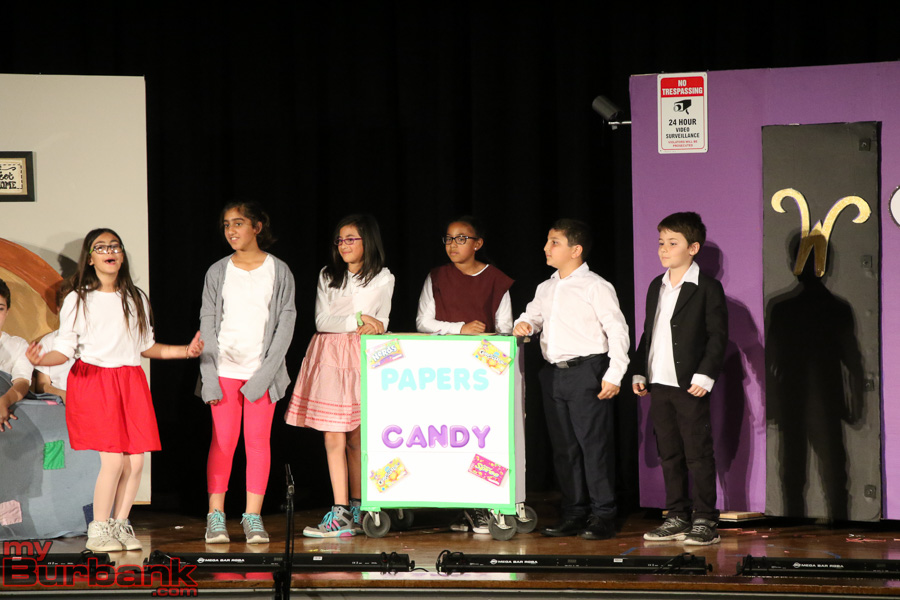 “Of the total of 42 students involved in the production, 11 are English Language Learners,” Ossiff also said. “The cast and crew included students from each fourth grade class at Miller.”

“The students themselves were responsible for all aspects of the performance,” Ossiff added. “They made all the set changes, controlled the lights and controlled the music and sound effects.”

“The Joaquin Miller Elementary School community is very proud of the effort and dedication these students have demonstrated,” he said.

Pamperin and Ossiff have integrated theater arts into daily instruction at Miller Elementary, as a way to boost English proficiency for both native speakers and English Language Learners.