The students, from science classes in grades six through eight, attended the event and rotated through several stations focused on various aspects of space study and exploration. 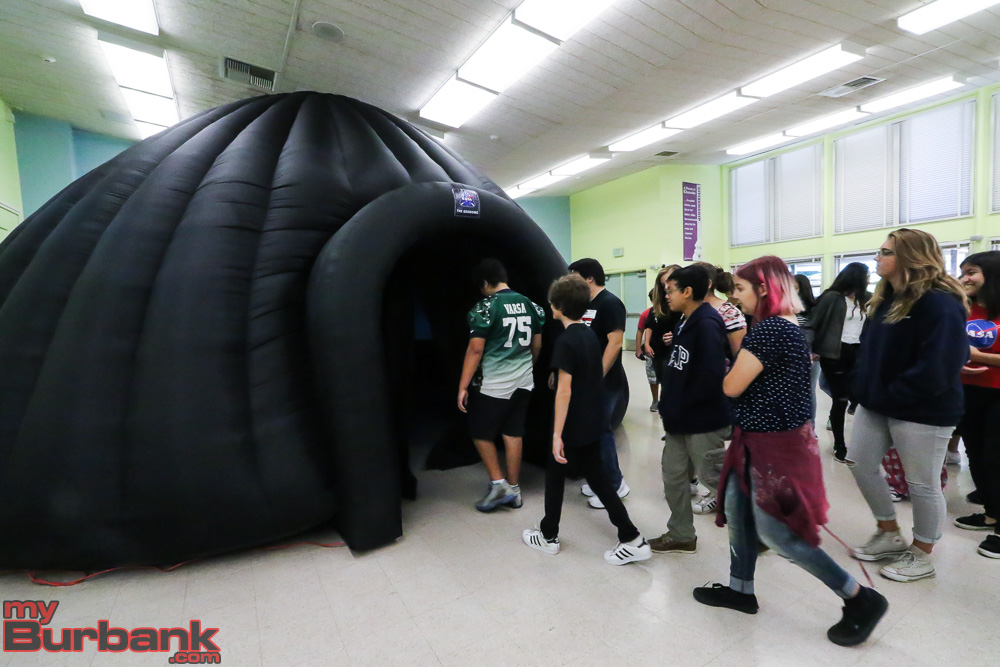 The JPL scientists and engineers also “brought the Mars Curiosity 8 wheel rover prototype to ‘run’ kids over and a 15-foot Planetarium where students got to experience what it feels like to visit other planets, stars and galaxies,” explained Vu-Lintag.

“This activity provided an opportunity for students to engage with real scientists and engineers who do one-of-a kind missions and are passionate about what they do, and love sharing it with our youth,” she added. “Hopefully it sparked an interest in one of the fields of STEM.” 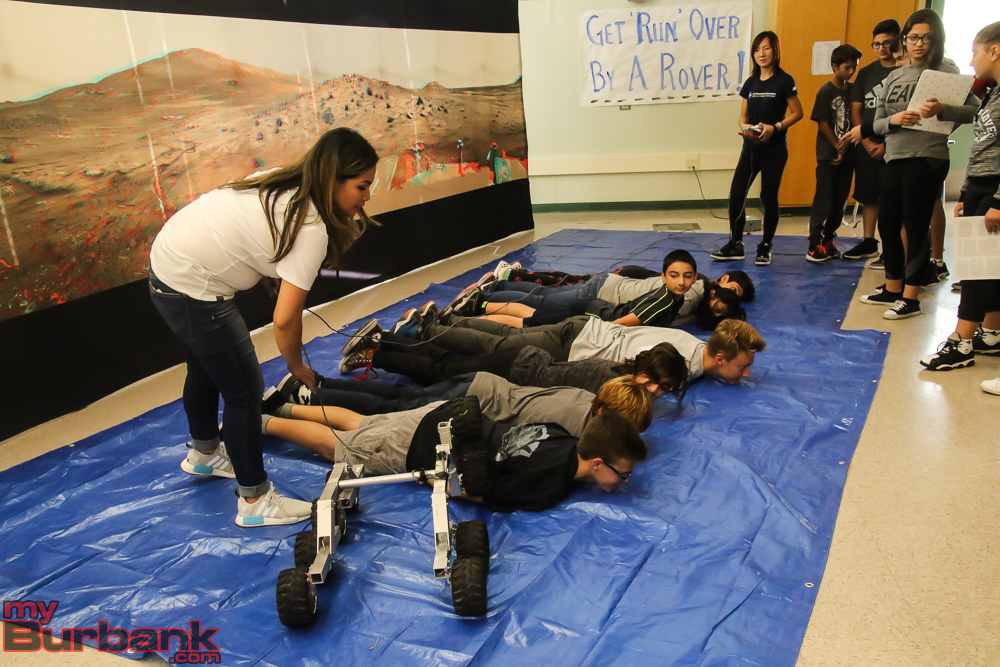 “It was so wonderful to have researchers and scientists here at Muir from JPL,” commented Muir Principal Greg Miller.

“While many of the students were buzzing about the planetarium and the rover, the best conversation I heard was between two students during lunch discussing different ways that moisture can be found in the universe and how important that is to space travel and colonization,” he also said. “That is a conversation of future scientists that will set out to find answers, just like the scientists that they saw today.”